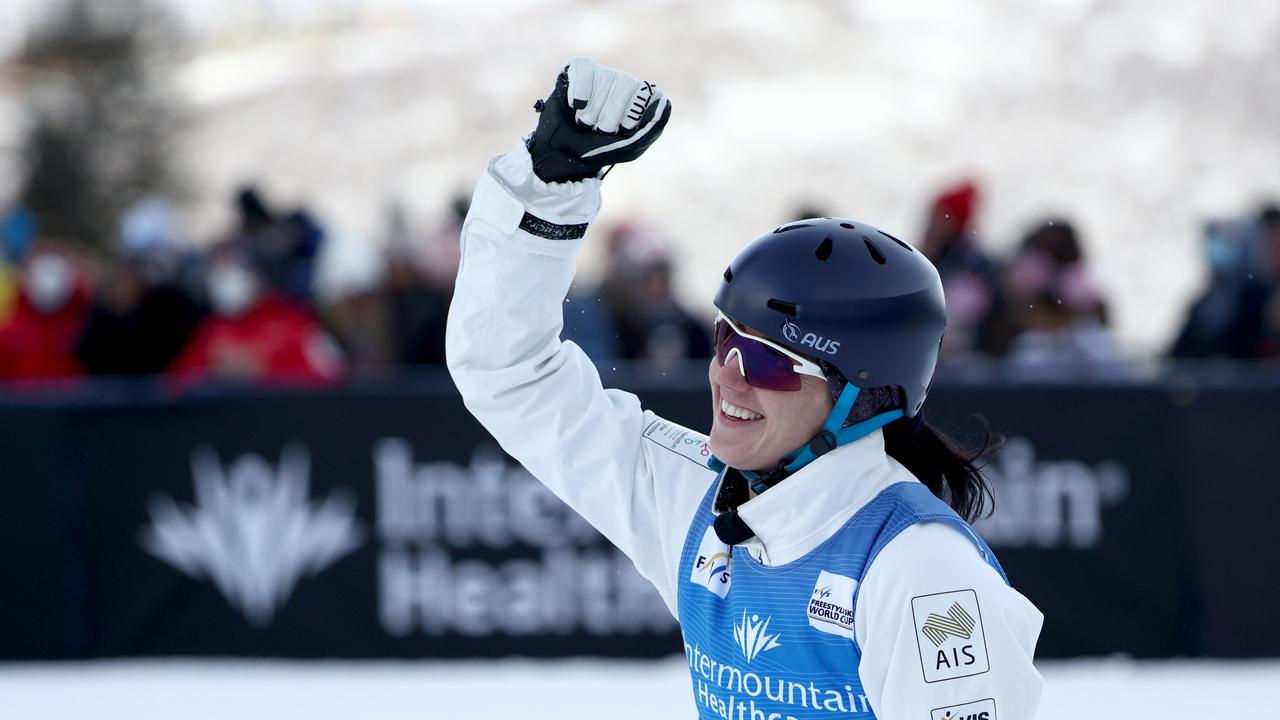 Peel, who became just the third woman to complete a quadruple twisting triple backflip on the weekend, equalled that effort with one of the finest jumps she‘s ever performed in competition to take the win in Wednesday’s aerials at Deer Valley in the US.

The 32-year-old, who is headed to her third Olympics, completed a near-perfect full-full-triple jump to stand on top of the podium.

“I feel like I have been working for a long time to put down a jump like this,“ Peel said.

“To do it right ahead of the Olympic Games is amazing.

“I‘ve been putting the work on the triple for a few seasons now, and I’m always very grateful for the experience I have when things get tough.

“So many people have helped me get to this point in my career and continue to help me chase my dreams every day, but when I started working with my coach Mich Roth three years ago, things started to click. We make a great team.”

Her victory came as Olympic moguls silver medallist Matt Graham resumed practice in Brisbane just a month after snapping his collarbone in a training crash.

Graham underwent surgery straight after the fall in Sweden, but incredibly he’s back practising jumps at the Winter Olympic Training Centre in Brisbane as he aims to compete in his third Olympic Games.

The 27-year-old will fly to Ruka in Finland this weekend to rejoin the Australian moguls team for final preparations on snow after starting his training in 30C heat in Brisbane.

“It’s bizarre being here in an Australian summer only 22 days out from my Olympic competition but exciting too,” Graham said.

“It’s super important and beneficial to be able to use this facility and there is nowhere else in the world you can do this right now.

“I got surgery four days after the injury, it put a plate there with 13 screws, it’s all bolted together strong and sturdy, which is good. It’s all come really good in the past seven days and today was the first day giving it it’s real test.

“Today I put the shoulder through the paces, getting in the air again to regain that confidence. I went through the skills I’ll perform in Beijing – I haven’t been off the snow for too long, so today it was good to get the feelings and sensations back.

“I have high expectations of myself and what I want to achieve in Beijing. Having this injury, it’s not ideal, but it works in my favour to have all of my experience from previous Games behind me.”