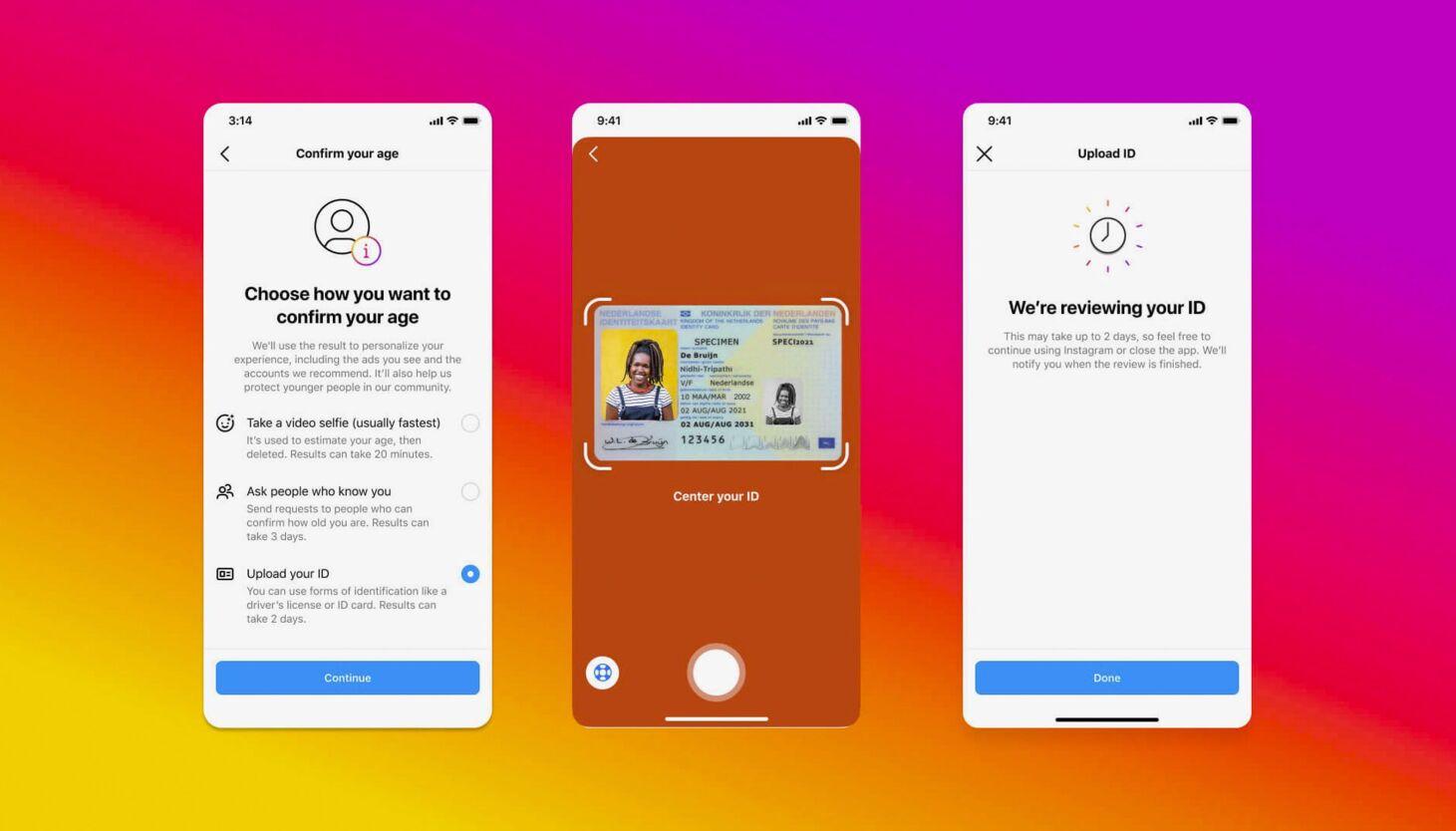 Last December, Utah Republican Sen. Mike Lee snared Instagram head Adam Mosseri in a trap set with an account on the platform for a fictitious 13-year-old that led to a wave of content Lee called “unsuitable for children”.

“Why did following Instagram’s top recommended account for a 13-year-old girl cause our Explore page to go from showing relatively innocuous things like hairstyling videos to content promoting body dysmorphia, the sexualization of women and content otherwise unsuitable for a 13-year-old girl?” Lee asked Mosseri at a hearing held by the U.S. Senate Subcommittee on Consumer Protection, Product Safety, and Data Security. “What happened?”

While it doesn’t appear to directly address issues raised by Lee and other senators last fall, Instagram announced a new program Thursday for U.S users that will trigger if someone attempts to change their age from under 18 to over 18. It’s an effort, according to the company, to ensure content access matches a user’s age group.

“When we know if someone is a teen (13 to 17 years old), we provide them with age-appropriate experiences like defaulting them into private accounts, preventing unwanted contact from adults they don’t know and limiting the options advertisers have to reach them with ads,” Erica Finkle, director of data governance at Instagram’s parent company Meta, said in a blog post.

The minimum user age on Instagram, which features photo and video sharing, is 13. In a Thursday blog post, Instagram said it will offer three verification options for those seeking to make a change to their listed age from minor to legal adult.

“We’ll require them to verify their age using one of three options: upload their ID, record a video selfie or ask mutual friends to verify their age,” the blog post reads. “We’re testing this so we can make sure teens and adults are in the right experience for their age group.”

Instagram will accept a photo of a driver’s license or state-issued ID card, as well as a number of other options that are listed on its website but, for those who don’t have one of those documents, here’s how the other two pathways to verification work, per Instagram.

While Instagram’s new program creates a more robust program for verifying an age change made by current users, it doesn’t up the ante on age screening for new users.

While children under 13 are prohibited by the network’s terms of service, those who say they are ages 13 to 17 can use it with some limitations, per The Wall Street Journal. Yet Instagram doesn’t verify the age a user declares when creating an account, and Instagram said these new tools won’t change that.

“We continue to think that collecting a date of birth and age is the appropriate experience for people in signing up for Instagram,” Finkle told the Post. She said by verifying information when people change their registered age, the service can ensure those already using it are being served the correct experience.

Late last year, Haugen made the case before lawmakers in the U.S., Britain and Europe that Facebook’s systems amplify online hate and extremism and that the company elevates profits over the safety of users.

Haugen, a data scientist who had worked in Facebook’s civic integrity unit, buttressed her assertions with a trove of internal company documents she secretly copied and provided to federal securities regulators and Congress.

The Senate panel examined Facebook’s use of information from its own researchers that could indicate potential harm for some of its young users, especially girls, while the company publicly downplayed the negative impacts. For some Instagram-devoted teens, peer pressure generated by the visually focused app led to mental health and body image problems, and in some cases, eating disorders and suicidal thoughts, the research detailed in the Facebook documents showed.

The revelations in a report by The Wall Street Journal, based on the documents leaked by Haugen, set off a wave of recriminations from lawmakers, critics of Big Tech, child-development experts and parents.

“As head of Instagram, I am especially focused on the safety of the youngest people who use our services,” Mosseri testified. “This work includes keeping underage users off our platform, designing age-appropriate experiences for people ages 13 to 18, and building parental controls. Instagram is built for people 13 and older. If a child is under the age of 13, they are not permitted on Instagram.”

“Thirty-two percent of teen girls said that when they felt bad about their bodies, Instagram made them feel worse,” the researchers said in a March 2020 slide presentation posted to Facebook’s internal message board, reviewed by The Wall Street Journal. “Comparisons on Instagram can change how young women view and describe themselves.”

The Journal reporting found that, over a three-year period, Facebook had been conducting studies into how its photo sharing app affects its millions of young users. Repeatedly, the company’s researchers found that Instagram is harmful for a sizable percentage of them, most notably teenage girls.

During the December Senate hearing, Utah’s senior senator said Instagram’s failure to protect children was akin to another big U.S. industry that ran into massive legal liabilities when it was widely exposed that its product was dangerous, and sometimes lethal, to its users.

“You’re the new tobacco, whether you like it or not,” Lee told Mosseri. “And you’ve got to stop selling the ‘tobacco’ to kids. Don’t let them have it. Don’t give it to them.”