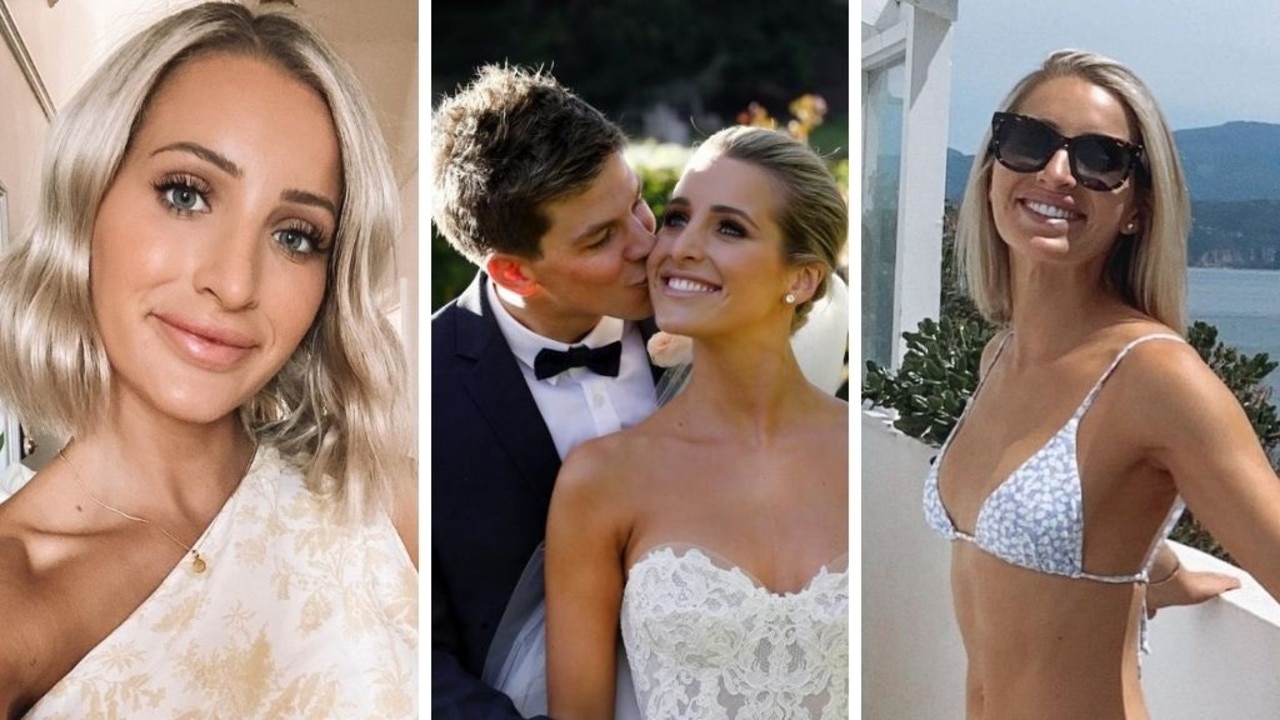 The sexting scandal that has forced Tim Paine to resign has also put his wife of more than five years, Bonnie, in an awkward position.

As Tim Paine tearfully relinquished the Australian Test captaincy over a sexting scandal on Friday, he made mention of those he had let down most.

“Although exonerated (by a Cricket Australia Integrity Unit investigation), I deeply regretted this incident at the time and still do today. I spoke to my wife and family at the time and am enormously grateful for their forgiveness and support,” he said.

“We thought this incident was behind us and that I could focus entirely on the team, as I have done for the last three or four years. However, I recently became aware that this private text exchange was going to become public.

“I’ve been blessed with a wonderful, loving and supportive family, and it breaks my heart to know how much I’ve let them down. They have always stood by me, been my most loyal fans, and I’m indebted to them for their support.”

Stuck in the middle of this ugly episode is Paine’s wife Bonnie, who has stood by her man since finding out about lewd messages the 36-year-old sent to a former Cricket Tasmania employee on the eve of the 2017/18 Ashes series.

In an extensive, exclusive interview with The Sunday Telegraph, and Sunday Herald Sun, Bonnie opened up about how she has forgiven Paine for his indiscretion.

Paine told the publications “this is really distressing and upsetting, and I’m really embarrassed. I feel sick for Bonnie and for my family, more than anything else” while Bonnie said “it was horrific” when they worked through the issue three years ago.

“I have a bit of sympathy for Tim. A lot actually. He and I went through all of this privately in 2018,” she said.

“I feel a bit frustrated that it’s all been brought up and aired in the public when we put it to bed years ago. I have moved forward since then. I feel like there is a lot of injustice for it being dragged out again.”

Bonnie said “I was shocked” to find out about the sexting scandal, adding: “I don’t claim to be perfect, but I was still completely rocked.”

Bonnie also stressed the “need to forgive” in marriages.

How did Tim and Bonnie’s romance start?

A serious finger injury suffered when batting in a T20 exhibition match at the Gabba in 2010 derailed Paine’s career. Struck by left-arm quick Dirk Nannes, the former Aussie captain’s digit has never been the same and even now he has to hold the bat differently because of how much damage the blow did.

Seven surgeries involving eight pins, a metal plate and a piece of hip bone that kept him out of cricket for two years were the obvious downsides to the injury — but there was a silver lining.

During his time in cricket limbo, Paine would fly to Melbourne every few weeks to see a specialist — and it was during these trips he struck up a relationship with Bonnie, who was working in the Victorian capital as a nurse. She moved back to Tasmania to start a family with Paine, where she has continued to work in nursing.

According to her LinkedIn profile, Bonnie completed a bachelor of registered nursing at RMIT University between 2009-2011. She has worked as an aesthetic nurse since April 2019 and before that worked as a nurse elsewhere in Hobart for nearly five years.

Speaking to the Weekend Australian Magazine as part of a detailed feature on Paine last year, Bonnie said she “wasn’t that happy when he got picked for Australia” out of the blue for the 2017-18 Ashes.

The piece recalls Bonnie Googling how long a Test match goes for in her Brisbane hotel room before the first match against England, such was her lack of interest in cricket.

When Paine was messaging the former Cricket Tasmania employee before an Ashes Test in Brisbane, he and Bonnie had been married for just over 18 months.

The pair, who both grew up in Tasmania, tied the knot in April 2016 at Home Hill Winery, Ranelagh — a 30-minute drive south of Hobart.

In front of about 100 friends and family — including other cricketers — Paine and Bonnie said “I do”.

In 2017 they welcomed their first child Milla into the world. She was only months old when the Ashes rolled around and Paine sent his sexts.

The couple also have a two-year-old son, Charlie.

Bonnie in the limelight after babysitting gag

Bonnie found herself in the spotlight when Paine was thrust into the captaincy following the ball-tampering scandal in South Africa in 2018.

She gained increased attention when Paine was heard on the stump microphone chatting to rival wicketkeeper Rishabh Pant during the 2018-19 home Test series against India.

“Tell you what, big MS (Dhoni) is back in the one day squad too, we might get him down to the (Hobart) Hurricanes this bloke, we need a batter,” Paine said while Pant was at the crease.

“Fancy that Pant, extend your little Aussie holiday. Beautiful town Hobart too. Get you a nice apartment on the waterfront.

“Have him over for dinner. Can you babysit? (Can I) take the wife to the movies one night, you can look after the kids?”

Bonnie had some fun with the incident, later posting a photo on Instagram of Pant, herself, Charlie and Milla with the caption: “Best babysitter.”

Bonnie regularly posts happy snaps of Paine and the family on Instagram. Just a few days before the sexting scandal was made public, she uploaded photos of the couple at an event, her wearing a chic white dress and Paine in a suit and bow tie.

Last December she posted a picture of the couple on Paine’s birthday, writing: “Happy birthday to TP ️(I’d write a soppy, heartfelt message but I’ve sent him one via text instead). We love you so much, and we are so proud of the man you are. 36 never looked so good.”