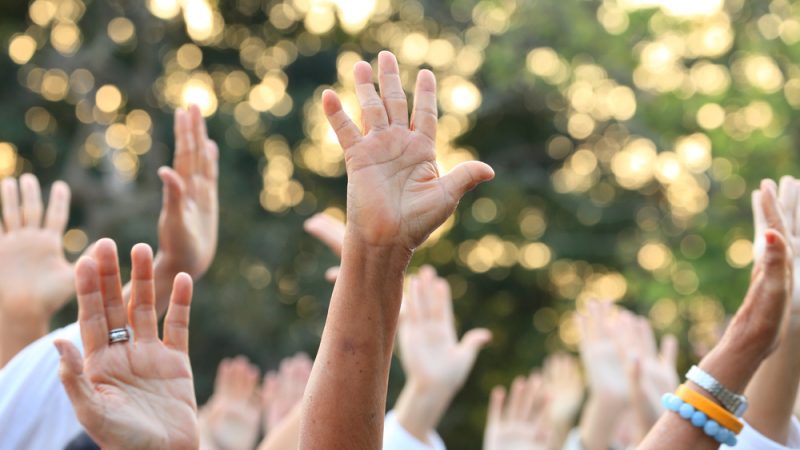 When asked by leaders about what they want for their towns and cities, urban Europeans place environmental transition, sustainable infrastructure, and green public spaces high on their agenda.

Planting new trees, improving bicycle lanes, helping pollinators, creating green parking lots, — these are just some of the proposals given to Helsinki, Grenoble and Warsaw leaders when they asked citizens how they should spend the 2021 local budget.

“Most citizens are calling for projects that have an impact on their quality of life, on the built environment and their immediate surroundings,” said Pietro Reviglio, who coordinates the work on citizen participation at Eurocities.

In recent years, European cities have started giving a direct voice to the population on how to spend part of the municipal budget. Citizens can propose and submit ideas to be voted on, adopted and implemented at the local level in a process called participatory budgeting. Ideas could cover any topic, but most city dwellers propose initiatives addressing climate issues and protecting public spaces.

“In the context of COVID-19, citizens are also understanding the value of having tactical urbanism, a more flexible way to organise the built environment and public space so as to cater to different needs and have a sustainable use of space,” Reviglio added.

Some cities are taking it a step further, saving a share of the city budget for initiatives specifically tackling the climate crisis.

Lisbon, the European Green Capital 2020, has decided to invest €2.5 million in green projects proposed by citizens to become more environmentally friendly. Members of the public submitted ideas on improving adaptation to climate change, reducing pollution, and boosting local circular economy, in line with the goals of the European Green Deal.

With 75% of the population living in urban areas, European cities will play a crucial role in cutting emissions and reaching the climate goals set by the EU.

“A climate-neutral city means a completely different city,” said Claire Roumet, director of the Energy Cities association. Roumet said that although technologies and investment potential are ready in most cities, new local governance is needed for the green transition to succeed.

“The [climate strategy] planification should be done at the local level, about exact resources, exact needs.” Participative tools could then be used to engage citizens and channel resources to implement climate measures locally.

When addressing the climate crisis, the city level is the right place to start, according to Tomislav Tomašević, mayor of Zagreb. He began as an environmental activist and worked as an advisor to the United Nations Environment Programme.

Tomašević went local in 2017 and was elected mayor of the Croatian capital earlier this year. He believes that local political involvement can have a much higher impact than national governments.

“You’re closer to the citizens, you can really talk with them, you can understand their issues, their problems, their struggles, and you can experiment with some institutional innovations, you can engage them, you can participate with them,”  he said.

In some countries, this participative bottom-up approach is the only viable solution to implement green measures.

“In Hungary, cities are quite ambitious in terms of mitigating and also adapting to the changing environment, while the government is really reluctant to support these actions,” said Ada Ámon, chief advisor to the mayor of Budapest on climate affairs.

Last year the Hungarian capital held a climate citizens’ assembly, calling 50 randomly selected citizens to discuss and vote on proposals. The two most supported ones asked for more green space in the city and more funding to make buildings energy-efficient.

The trend is spreading, with other cities adopting participative tools that speed up the green transition. For example, in 2020, Warsaw set up a civic panel to get recommendations on energy issues to mitigate climate change.

These initiatives, like participatory budgeting, prove citizens are eager to participate in local governance and if given a chance are likely to push for faster environmental transition, while at the same time boosting democratic buy-in.