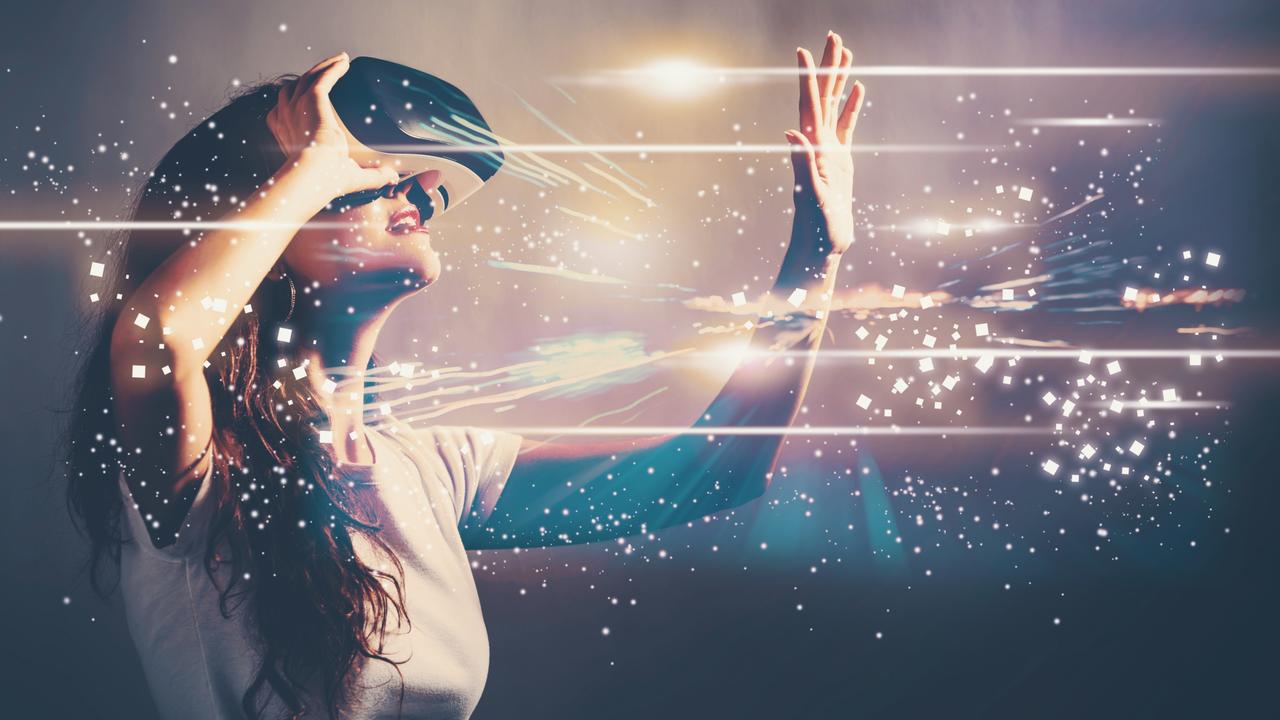 The internet’s evolution is coming, with Facebook founder Mark Zuckerberg calling it the “next chapter”. Here’s what you need to know.

The internet has come a long way since its birth on January 1, 1983.

Depending on who you believe, however, it’s about to be reborn.

Some of Silicon Valley’s most powerful firms claim the “metaverse” is coming and that it will change all of our lives.

Founder of the company formerly known as Facebook, now Meta, Mark Zuckerberg says this “next chapter” will “be even more immersive; an embodied internet where you’re in the experience, not just looking at it”.

But will the metaverse really be all about virtual ping-pong games and concerts? Will it fuel digital currency, virtual art, more ads, and eye strain? Or will it just give you more ways to keep your camera off during work calls?

Facebook staked a large claim on the metaverse with its company rebrand, delivered with a lengthy demonstration of Mr Zuckerberg meeting friends there for virtual table tennis.

The company also attracted criticism, given its mid-scandal timing, but Australian managing director Will Easton says the company is serious about investing in the metaverse and does not plan to monopolise it.

“Facebook isn’t going to build, own or run the metaverse on its own — we will be collaborating at every stage with policymakers, experts and industry partners,” he says.

And other big tech firms are staking a claim in the new frontier too.

Within days of Facebook’s launch, Microsoft announced its plans for the new landscape, chiefly focused on business.

Microsoft mixed reality director Greg Sullivan says its new Mesh for Microsoft Teams will transform 2D into 3D spaces with “a feeling of presence,” and let users create their own avatars that show live reactions.

Research from the company’s Human Factors Lab found more than 80 per cent of people felt comfortable expressing themselves in meetings when they were represented by an avatar and did not have to “worry about their appearance”.

“One point of friction in virtual meetings is the currently binary choice between turning one’s camera on or keeping it off during meetings,” Mr Sullivan says.

“Being on camera tends to enhance people’s sense of presence and engagement during meetings, but it can sometimes be impractical to turn the camera on, as well as there being times when people simply prefer not to be seen on camera.”

Other companies joining the virtual future include Atari that plans to launch metaverse gaming, Balenciaga that created outfits for Fortnite, and Hyundai that created a world for Roblox. Coca-Cola and Dolce & Gabbana launched a range of NFT to appeal join the metaverse.

But while the metaverse spotlight might be new, Swinburne University social media senior lecturer Dr Belinda Barnet says technology has been moving towards it for some time.

Pokemon Go and in-car head-up displays have introduced many Australians to the concept of augmented reality, she says, making it easier to accept an all-encompassing internet experience in future.

“The concept of moving towards a future where we’re not staring at four-inch screens and technology comes to us outside mobile devices is definitely occurring,” she says.

But Dr Barnet calls Facebook’s vision of the metaverse clumsy and “a bit weird,” and warns the social media giant will need to reassure users about the use of their data inside it.

And she says while the metaverse has great promise — like remotely teaching doctors how to perform surgeries — it also raised questions about what the nature of being human.

“The idea of the metaverse is interesting and there are a lot of very cool things that will come out of it,” she says.

“We’re only just scratching the surface by working from home and beaming in by Zoom, we know technology is going to change how we do things. I just worry we are going to lose that human touch. Humans are capable of doing so much more than sitting in a dark room.”

WHAT IS THE METAVERSE?

The concept behind the new internet evolution was ripped from the pages of a science-fiction novel.

The book, Snow Crash, opens with a harried gig worker racing through a dystopian, decentralised world to deliver pizza to the Mafia.

Somewhere between its release, in 1992, and Facebook’s huge rebranding, in 2021, elements of the tech industry latched on to its concept of the “metaverse” as an always-connected, virtual environment in which we will work, hang out, play games, talk, buy stuff, see ads, and refine our avatars (a term also coined in the book).

And with the backing of the biggest of big tech firms, the metaverse is a term that seems destined to insert itself into all conversations about future technology for the next decade.

Described simply, the metaverse is a virtual world in which humans can visit 3D environments, attend online events, and interact with colleagues, friends, family and acquaintances.

This could be through virtual reality (using a VR headset), augmented reality (using a device with a camera, like a phone, or with a head-up display), with a holographic image projected in front of you, or another kind of digital simulation.

Second Life took place in a metaverse, as an example, but the next iteration promises to be more sophisticated than that 2003 creation.

Pundits are now discussing whether the metaverse will have its own economy based on cryptocurrency, boost sales of non-fungible tokens, or even be the best place for concerts in future (Ariana Grande recently performed inside Fortnite).

And then there are forecasts for remote education held digitally, workplace training delivered in virtual reality, and for connected conferences to cut out real-world travel.

We might even get to order that pizza (though we’ll have to log off to eat it).

WILL WE SEE THE METAVERSE SOON?

Working from home? You bet.

Spending all day in a virtual world? Ah, I think I’ll actually pass on that one.

Lots of people are talking about the metaverse, and elements of it already exist in our daily lives, but putting them all together into one virtual, 3D, connected environment is still a bit conceptual.

Yes, many of us look at pixels all day and into the night, and we communicate via Zoom, Teams, WebEx and Meet rather than bumping elbows in person.

Paying for items with a tap of a phone rather than physical currency is now commonplace, and we store our music collections in the cloud, stream movies rather than fetching DVDs, and ask artificially intelligent speakers to tell us whether it’s going to rain rather than looking out a window.

All of these new habits inch us closer to a digital existence.

However, the move from augmenting our reality with techy convenience to living inside a world made from binary code is one very big leap for humankind.

That’s not to say it won’t happen, but there are still more questions and inconveniences about a totally immersive metaverse than there are answers.

Who will run it, for example, and does it have to be Facebook?

What will happen to the biometric and location data collected in this new world?

And how will different platforms come together when we can’t even charge all phones with one cable yet?

Just as the metaverse poses an infinite number of possibilities, there are a matching number of questions. And it will likely take years before we discover answers to many.

Originally published as Metaverse explained: What is the metaverse, what will you do there and will Facebook run it?