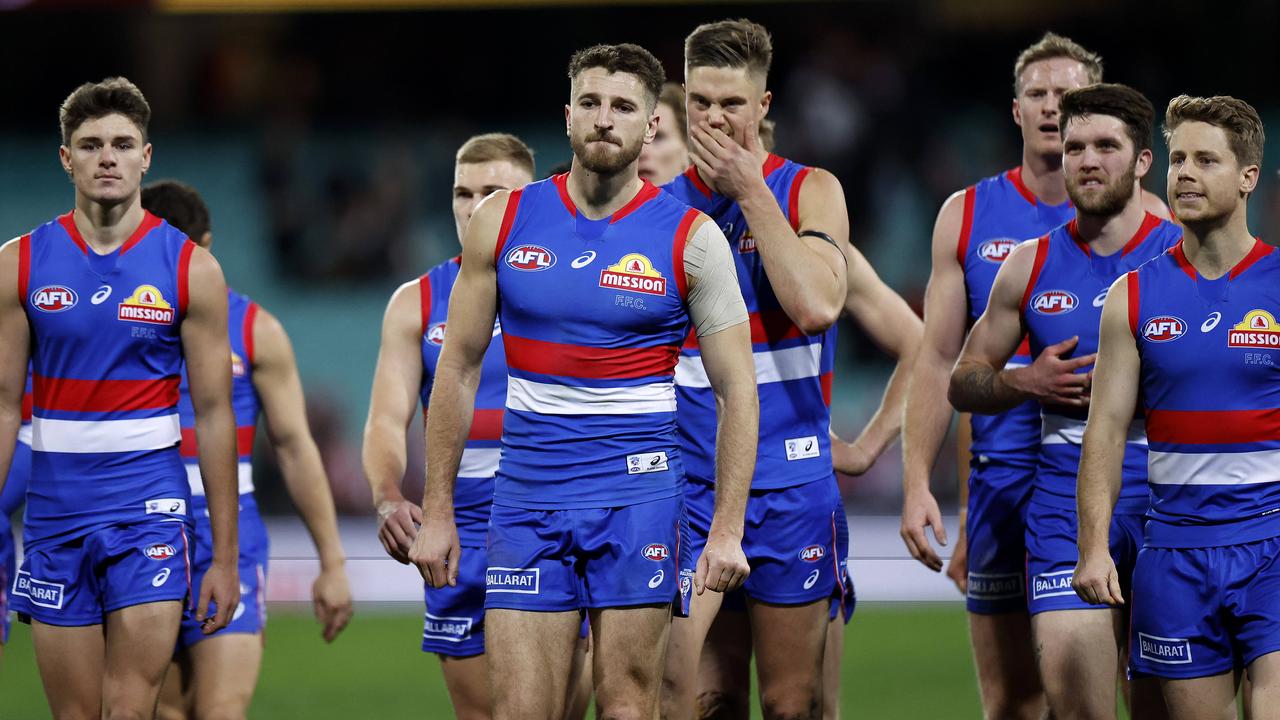 The Western Bulldogs’ finals hopes are hanging by a thread after being “obliterated” on Friday night, with Sydney exploiting the club’s biggest weakness.

After a grand final appearance in 2021, the Dogs are now faced with the grim reality that finals appear unlikely in 2022 – with the next four matches against St Kilda, Melbourne, Geelong and Fremantle.

Fox Footy’s Nick Riewoldt said he was “nearly” putting a line through the club in 2022, and lamented the “disappointing” performance at the SCG.

“It looks precarious now,” he said.

“When you are playing the sort of footy they dished up tonight, well it doesn’t matter really who you come up against.”

Fellow Fox Footy analyst Jonathan Brown said the Bulldogs’ biggest issue was once again on show – the inability of the defenders to outmark their opponent.

“When your back’s to the wall, season’s on the line, against the Brisbane Lions and tonight against the Sydney Swans, they haven’t showed the fight, the pressure, the will to compete and defend against the opposition like good finals teams do,” he said.

“Geez there’d be a lot of looks around the (change) room tonight, at lot of doubts now of where’s their season at, probably one goal away from running away with a grand final (in 2021).

Against the Swans on Friday night, the Dogs coughed up 17 contested marks, with eight of those in their defensive 50.

Garry Lyon said the players like Adam Treloar and Mitch Hannan were “getting pounded” in Dogs’ backline in the 53-point loss to the Swans.

“This is a side that on the back of a grand final appearance last year, may very well miss the eight,” he lamented.

“They’ve got problems all over the ground the Western Bulldogs.

“Their back half just can’t defend in the air or on the ground, their forward half is so reliant on one man and he’s still carrying such a big load and one of your best midfielders (Adam) Treloar is playing off half back.

“Some of their luxury cars are up on the blocks at the moment, they are not going anywhere near it and their Ferrari in Bailey Smith is not playing at the moment.

“They looked like a tired (team), they didn’t have the run or the energy.

“It’s a big fall from grace.

“They had a premiership there for the taking and now they sit outside with work to do.”