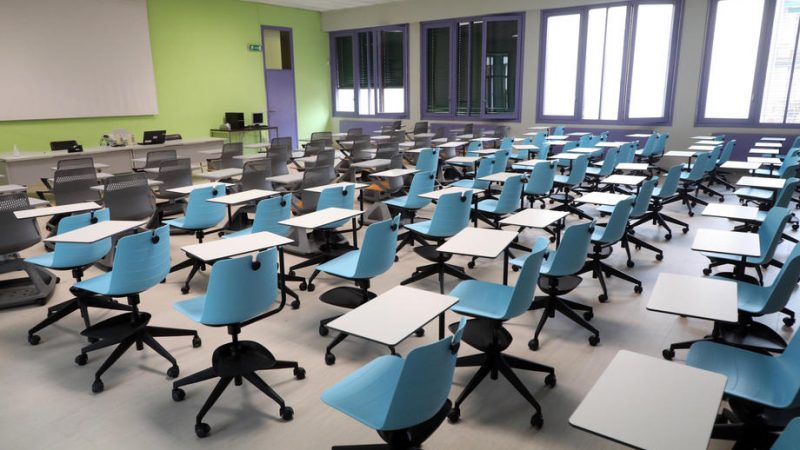 Despite the importance of history teaching to understand our past and present, Matjaž Gruden, Director of Democratic Participation of the Council of Europe, worries that it is falling down the list of priorities in education across Europe.

“One particular challenge is that we are minimising the importance of history teaching as part of overall education, and especially democratic culture in our schools in many countries,” he told EURACTIV.

“We see a tendency where the hours devoted to history teaching are reduced, we have countries where history education in secondary school is becoming optional.”

The Observatory held its first annual conference earlier this month, a year after being launched with the backing of 17 member states. At the start of the event, Hungary announced that it would join as an observer to the observatory for one year, with a view to full membership.

“The conference was important because it marked the end of the preparatory setting up phase of something that is very new and requires a lot of political and diplomatic work,” said Gruden.

“It was a very good opportunity to present the Observatory to the world, but to use a platitude, the real work starts now,” he added.

Its role is primarily to coordinate. The mandate and purpose of the Observatory is to observe and collect data and prepare and offer that data and its analysis to member states. It is also designed to work with the Council of Europe’s history teaching and education programme.

The European Commission, meanwhile, has also given its endorsement to the Observatory, alongside €1 million in financial support for its work, and Gruden said the OHTE was “pleasantly surprised by the manner in which that support was announced, and the volume of the support.”

One of the issues raised by delegates was that teaching history inevitably has a national bias and that, because of the wars, ethnic conflict and colonialism that have scarred Europe, teaching them can still be deeply painful.

“We know that Europe produced enormous quantities of history, and very often that history was riddled with conflict and war, and many other characteristics that may still be difficult and maybe painful to fully face, even after many years. That makes history teaching complex and sensitive,” said Gruden.

He added that “history has again become a target of attempts to instrumentalise it, to distort and manipulate it for political reasons.”

But it is crucial to distinguish between teaching a nation’s past and promoting nationalism.

“There is a difference between a national history and a nationalist history. History is always composed of facts and interpretation, and that interpretation is also influenced and coloured by specific contexts, be they national, local or regional,” says Gruden.

“In principle, there’s nothing wrong with that. It’s in no way the ambition or the mandate of the Observatory to lead to some sort of harmonised history curriculum,” he added.

He pointed to the different teaching experiences of one of Europe’s more controversial battles as a case in point.

“My colleague used the example of the Battle of Waterloo. It is regarded, understood, seen and felt in different ways on both sides of the Channel,” Gruden explains.

“National history is very important, and we must be respectful of it. But on the other hand, there is a difference between national history and perspective on events which are historical facts, interpretations, and then distortions and manipulations of them,” he adds.

One vital element, Gruden said, is the “notion of multi perspectivity in history”.

A recent survey by UNESCO found that 60% of history teachers were uncomfortable teaching classes on racism and colonialism. So how can they be given the confidence and support to tackle these subjects, which were, until recently, taboo topics?

Gruden argued that the competencies of democratic culture “include values, skills, attitudes, knowledge and critical thinking.”

“All these are very relevant in the context of history education, particularly critical thinking and understanding of information,” he said.

“If you put them all together, and you create the situation where the teacher has the means, the support and the backing to teach any subject and history in particular, then you will have students who will have the necessary capacity to not only accept knowledge but also give them the necessary resilience against any attempts to manipulate or influence them.”

He adds that a grounding in history is vital to Europe’s democratic culture and citizenship.

“If you want to teach young people about the importance of democracy, human rights, the rule of law and respect for human dignity, it is very important to have that historical context.”

“If not, you run the risk, and I think we have been for some time, that we are trying to transmit these values and knowledge in a very abstract way that may appear dogmatic, in a way that young people today do not fully understand why it is relevant to them, without having the knowledge about what can happen and has happened when these values have been violated,” he explains.

“We need that historical context. We need to know what happened in Europe in order to understand the Europe of today,” Gruden concluded.

The same is true for the COVID pandemic, which has seen a growing acceptance of conspiracy theories by a significant minority of people.

“A better knowledge about a European history of pandemics could be quite a lot of help in understanding how to better deal with pandemics today,” said Gruden.

“We have a tendency to look at things happening to us as being one of a kind and unprecedented, but this is not the case.”

Gruden points out that there is plenty of evidence that people reacted in much the same way in historical pandemics.

“If you look at Daniel Dafoe’s diaries from the London Plague in 1665, you can see that people were taking their information from ‘old wives’ tales’ and hypnotists,” says Gruden, an acknowledgement that conspiracy and quackery have always been with us.

“In Renaissance Italy, there was a ‘pass sanitaire’, and at the time, people were reacting in the same way to the same requirement to having to have a certificate to say that they didn’t have the disease,” he adds.

“One thing that is very important is having trust and confidence in science. History will always confirm that this is how humanity has managed to mitigate and overcome such situations.”