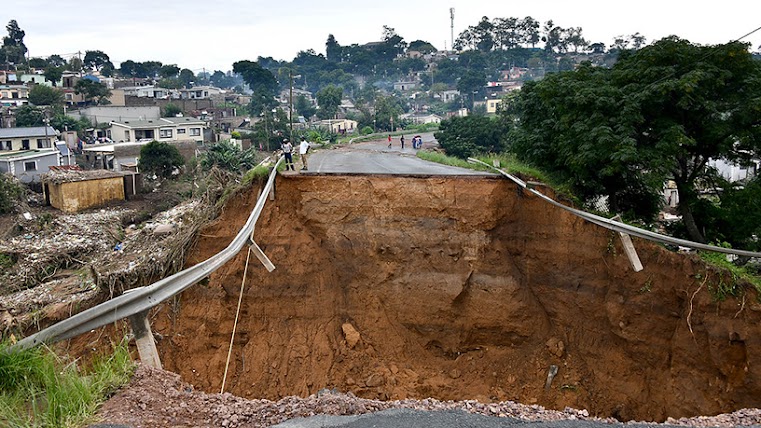 A State of Disaster was yesterday formally declared in KZN following the devastating floods and landslides. (Image supply: GCIS).

South Africa’s main telecoms firms Vodacom and MTN have chipped in to help these affected by the devastating floods in KwaZulu-Natal (KZN).

This, because the cellular operators ramp up efforts to revive mobile networks that have been knocked out by the heavy downpours that hit the province.

This week, Vodacom and MTN stated over 900 base stations have been affected by the incessant rains in KZN.

According to stories this morning, the loss of life toll brought on by the rains and flooding has risen to 306.

A State of Disaster was yesterday formally declared in KZN following the devastating floods and landslides.

In a press release, MTN says because it continues efforts to revive connectivity to flood-hit KZN, the dimensions of the devastation is more and more clear. The telco notes it has determined to extend its sponsorship of meals parcels and blankets for these most in want by an additional R250 000, taking the whole donation to R500 000.

“While our priority remains on restoring connectivity to the region as quickly as possible, it is clear that humanitarian assistance on the ground is urgently needed and we have taken a decision to ramp up our support to meet this need,” says MTN SA’s govt for company affairs, Jacqui O’Sullivan.

“In an effort to assist families and friends to keep in touch during this trying time, we will also offer a free SMS bundle, for 50 SMSes valid for three days, to our over seven million customers in KZN,” she provides.

According to the telco, MTN’s efforts to revive impacted websites are progressing and technicians have been in a position to get well some websites in Umlazi and Amanzimtoti, with over 278 websites recovered yesterday.

However, it says entry to websites and the intermittent rain continues to make restoration difficult and can also be leading to extra websites taking place.

“The impact of the flooding in KZN has been devastating and we are clear that we have a role to play in assisting those most impacted. We are also continuing with an extraordinary effort to ensure connectivity throughout the region is restored as soon as possible,” O’Sullivan says.

Vodacom yesterday introduced it has donated R3 million to Gift of the Givers Foundation to assist in the direction of reduction efforts, aimed toward serving to scores of individuals, who’ve been hard-hit and displaced by the devastating floods within the province.

The cash will help with the availability of meals, blankets, water and toiletries.

As a results of the rains, Vodacom says many individuals have deserted their destroyed properties, whereas a whole bunch have been evacuated, forcing them to search out shelter in group halls, centres and church buildings.

Takalani Netshitenzhe, director of exterior affairs for Vodacom South Africa, says: “The devastation, human displacement and the loss of life and property caused by the heavy rains and floods in KwaZulu-Natal is a serious tragedy that is appealing to all of us to demonstrate Ubuntu.

“Our R3 million donation is aimed at supplementing efforts by provincial government and will be used to provide food hampers, blankets, sanitary towels, bottled water, baby food and nappies for affected families. This amount is over and above our business as usual financial commitment to ensure access to communication by restoring the sites and the network.”

Vodacom notes its KZN regional staff has been steadfast in making certain the communication community is restored as rapidly as potential to make sure the affected individuals are not minimize off from the remainder of the world.

By deploying turbines to sure accessible websites, 150 of the 400 affected websites are actually operational, says the operator, including that engineers are working across the clock to revive connectivity as rapidly and safely as potential.

“As a locally-grown company, it is part of our purpose-led business approach to provide aid to uplift humanity whenever the need arises. This is part of our social contract to use our resources working in partnership with government and other social partners to respond to some of the pressing needs in communities in which we operate,” concludes Netshitenzhe.