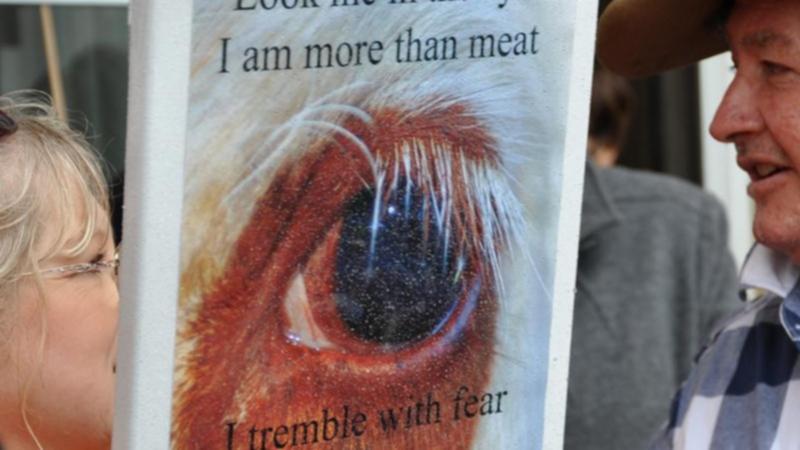 Victorian farmers are hailing the introduction of laws designed to deter activists from trespassing on their properties as better late than never.

The state government will introduce the Livestock Management Amendment (Animal Activism) Bill 2021 in parliament on Wednesday afternoon to crack down on trespassing on farms.

It will make it an offence for animal activists to step foot on farms due to the threat they pose to biosecurity, with $1272 on-the-spot fines able to be issued to individual trespassers and $8178 to groups.

Agriculture Minister Mary-Anne Thomas said the fines would act as a “strong deterrent” after a series of incidents where activists intimidated farmers, stole livestock and disrupted businesses.

“The fear that this engendered in our farmers is very real,” she told reporters.

“The potential impact of a biosecurity outbreak on a farm is very real. This gives farms that assurance that the government has their back.”

The new measures were among 15 recommendations made by an inquiry into the impacts of animal rights activism on Victorian agriculture, which handed down its report in February 2020.

Thirteen were agreed to by the state government in full.

“It’s time animal activists faced proper penalties for trespassing on people’s farms and homes,” she said in a statement.

“We hope this will see the end of token $1 fines for farm invasions that we have seen in the past.”

Victorian Nationals Leader Peter Walsh accused the government of dragging its feet on implementing the recommended protections, which won’t come into effect until sometime next year.