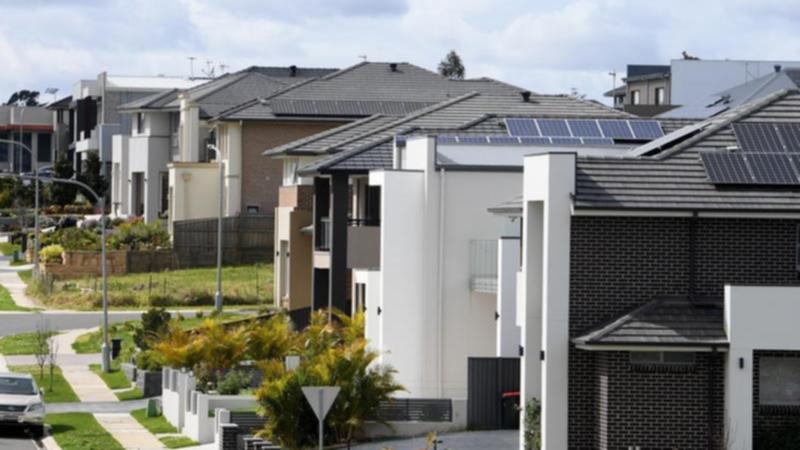 The value of Australia’s housing market surpassed $9 trillion for the first time after rising by five per cent in the September quarter.

The total value of Australia’s 10.7 million residential dwellings rose by $487 billion in the quarter to $9.3 trillion, the Australian Bureau of Statistics said on Tuesday.

“The value of Australia’s dwelling stock has risen by nearly $1 trillion in the past six months,” ABS head of prices statistics Michelle Marquardt said.

Annually, residential property prices rose 21.7 per cent, the strongest annual growth since the series commenced in the September quarter of 2003.

Meanwhile, a survey by financial comparison website Canstar found almost half of Australians are worried about the outlook for housing, including concerns over interest rates and mortgage stress.

In survey of 2124 respondents on their predictions for the property market in 2022,15 per cent expressed concerns surrounding mortgage stress, whereby a borrower is spending 30 per cent or more of their income on loan repayments.

A further 15 per cent feared a rise in mortgage rates.

While Canstar analysis shows the average variable interest rate for owner occupiers has fallen by 0.25 per cent from a year ago, fixed interest rates are already trending upwards overall, especially for longer loan terms.

Nine per cent of respondents are expecting slower house price growth in 2022, while eight per cent are forecasting an increase in foreclosures.

“With 23 per cent of Australians expecting an increase in foreclosures and mortgage stress, even before we have seen the cash rate go up, there is limited confidence in our ability to absorb a sustained increase in home loan interest rates.”

The Reserve Bank of Australia is holding its final board meeting for the year on Tuesday and is widely expected to keep the cash rate at a record low 0.1 per cent.