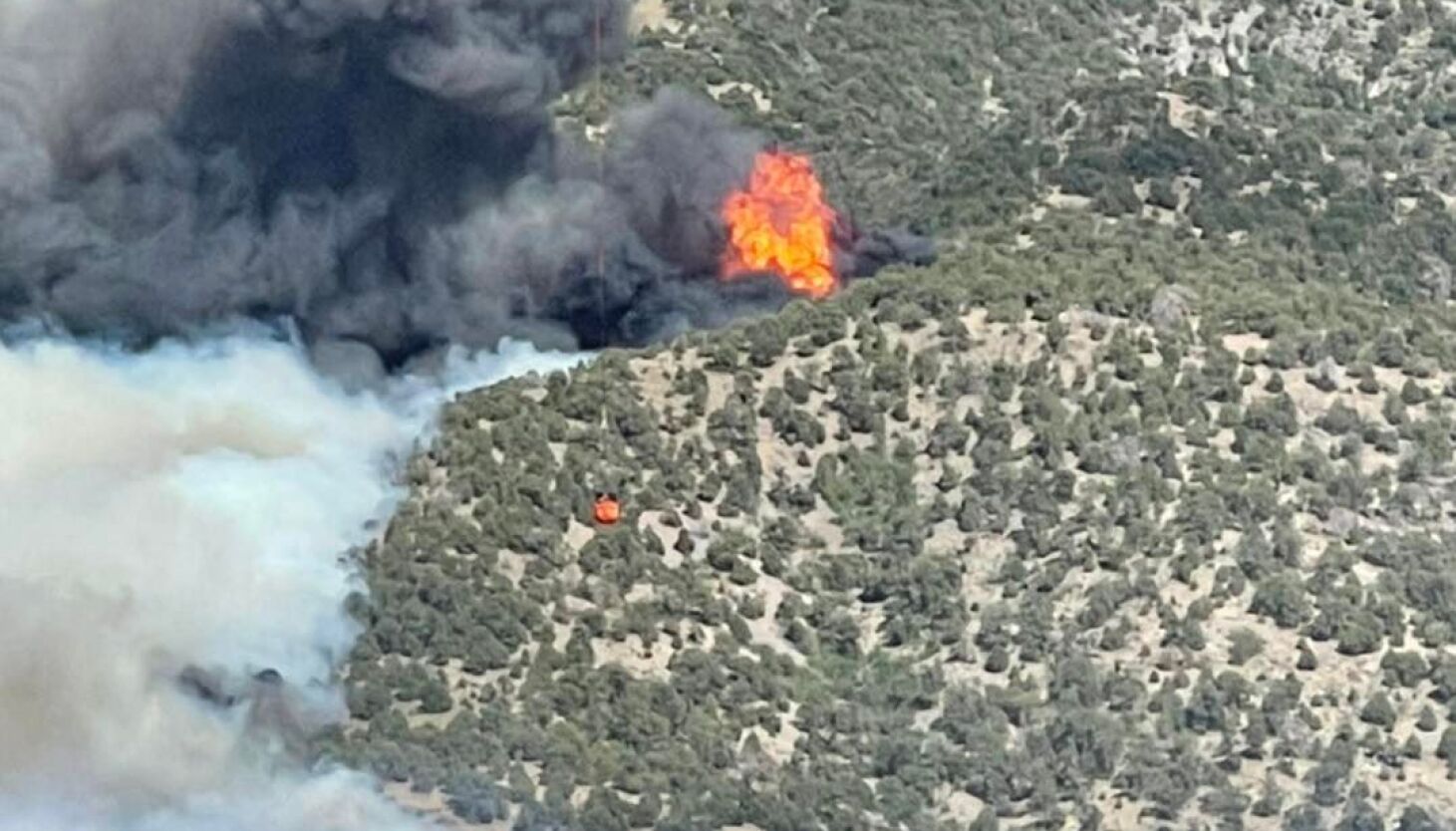 Utah Fire Info reported that the Jacob City Fire located east of Stockton in Tooele County had quickly grown because of erratic winds and was estimated at between 2,300 and 2,500 acres on Saturday evening. Campers in Middle Canyon were evacuated, according to fire officials.

The fire began burning in steep, rugged terrain 4 miles from the Salt Lake County line, as of Saturday night. By Sunday morning the fire had grown to an estimated 4,000 acres and remained at 0% containment.

Ground crews and air resources are working to control the fire within both Soldier Canyon and Dry Canyon. The fire is threatening structures, and buildings in both canyons have been evacuated as a precaution. There are currently no evacuations orders for Stockton itself.

The Stockton Police Department posted on Facebook that water crews have been able to make it up to the water plant and assess the system. There was concern the fire may have damaged it. They say, at this time, no outside watering will be permitted until further notice. The tap water is safe to drink. The water department will update as conditions improve.

Additional resources have been ordered to help existing fire crews, according to fire officials.

Sardine Fire, estimated at 30 acres, is in Sardine Canyon, near a residential area along US-91 at milepost 16 — three miles from Logan.

#SardineFire is estimated at 30 acres with 15-20 structures threatened. The fire is 0% contained and is actively running and multiple resources are on scene. Cache County has evacuated 10 homes. #ffslkth

Despite fast action from ground crews, the fire is 0% contained and is threatening 15–20 structures in the area. Residents of 10 homes in Cache County have been evacuated.

This story will be updated.