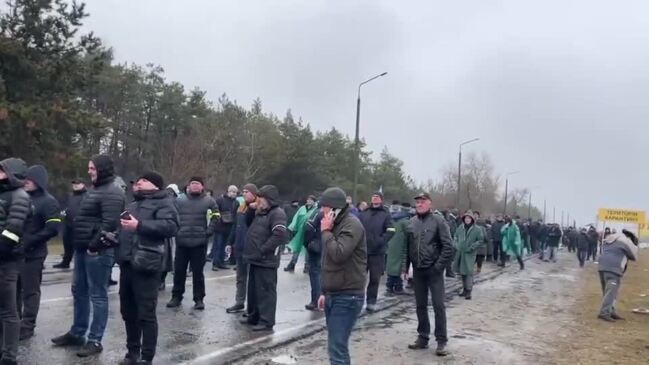 Residents of Enerhodar, Ukraine, have blockaded a road into the city preventing Russian troops reaching the Zaporizhzhya nuclear power plant, the city’s mayor Dmitry Orlov said. Orlov released footage on March 2 of a large group standing on the main road into Enerhodar, home to Europe’s largest nuclear plant. The day before, Orlov said the residents’ blockade was “one kilometer long” and that a large number of Russian weapons were near the city. On March 2, a post to his Telegram said, “Now, more than ever, we need to mobilize our forces, to be together so that the enemy does not enter the city where Europe’s largest nuclear power plant is located! Let’s be ready, friends!” In a statement Zaporizhzhya NPP said the plant was operating normally. Oleksiy Arestovych, adviser to the head of the Ukrainian President’s Office, told Interfax Russian troops had been stopped outside Enerhodar. Local leaders had “entered into negotiations” with Russian forces, he said. The International Atomic Energy Agency said it had been informed that Russian forces had taken control of the area around the plant. Credit: Dmitry Orlov via Storyful