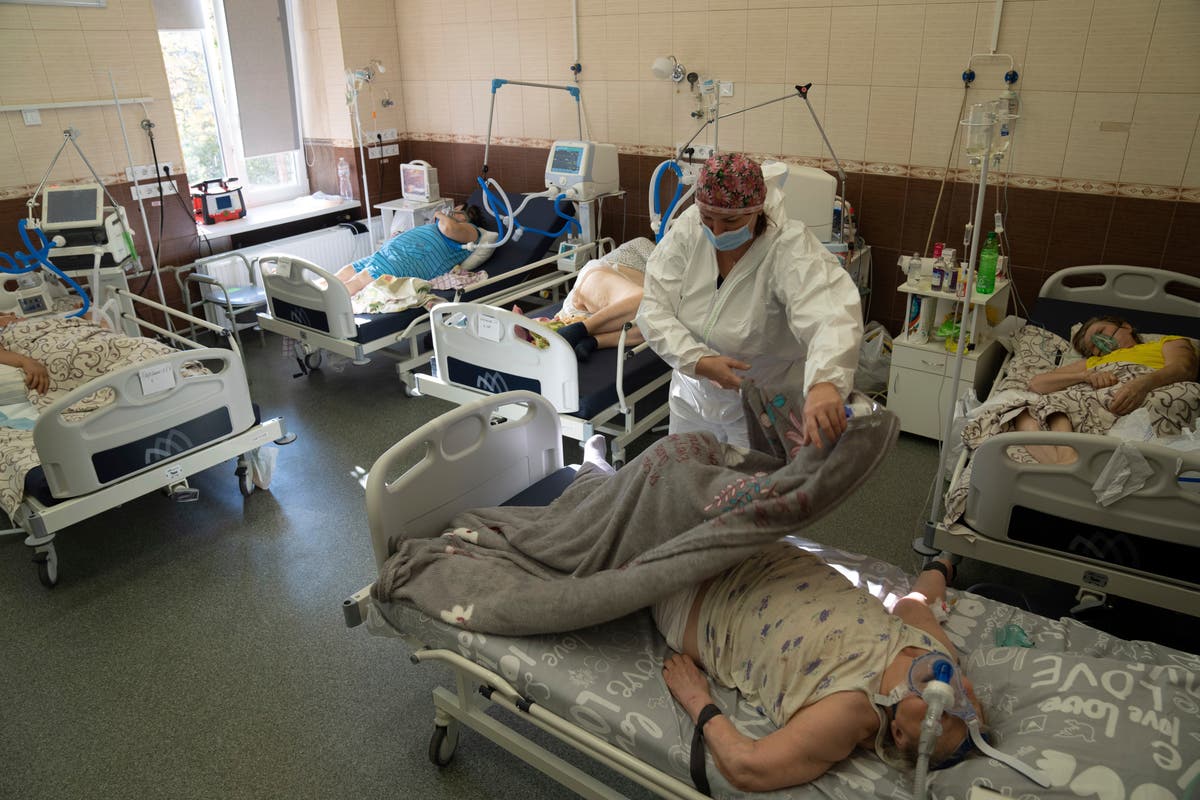 Ukraine’s president on Friday pleaded with citizens to get vaccinated quickly as daily infections soared to another all-time high, fueled by a slow vaccine uptake.

The Health Ministry reported 26,870 new confirmed infections in 24 hours — the highest level since the start of the pandemic. It recorded 648 daily deaths to bring the pandemic death toll to 66,852.

Authorities blamed the surge in infections and deaths on a low level of vaccination. Just 16.4% percent of people in the nation of 41 million are fully vaccinated — the second-lowest rate in Europe after Armenia’s 7%.

The slow pace of vaccinations in Ukraine and other countries of Eastern Europe has been blamed on public distrust of authorities that has contributed to the broad spread of disinformation and conspiracy theories about vaccines.

“I’m strongly asking you to switch off social networks and switch on your brains,” President Volodymyr Zelenskyy told Ukrainians. “The only way to prevent a collapse is to increase the share of vaccinated people. I’m asking regional authorities to wake up and go to bed with that thought.”

In a bid to stem contagion, Ukrainian authorities have required teachers, government employees and other workers to get fully vaccinated by Nov. 8 or face having their salary payments suspended. In addition, proof of vaccination or a negative test is now required to board planes, trains and long-distance buses.

Starting Saturday, 15 of the country’s 24 regions will be listed as part of the red zone of contagion, with most stores, restaurants and cafes shut and medical services unrelated to COVID-19 suspended. Such restrictions are currently in place in eight regions.

In the capital of Kyiv restaurants, shopping centers and gyms will be closed beginning Monday and public transport will be limited to those who can show proof of vaccination or a negative PCR test

The restrictions have helped raise the pace of vaccination, but they also have spawned a booming black market in counterfeit documents. Fake vaccination certificates sell for the equivalent of $100-$300 and there’s even a phony version of the government’s digital app, with bogus certificates already installed.

Eugene Enin, the first deputy interior minister, said Friday that police tracked down the man who created the phony app. He posted a picture of himself and the young suspect, saying that he was offered work at the ministry to redeem himself.