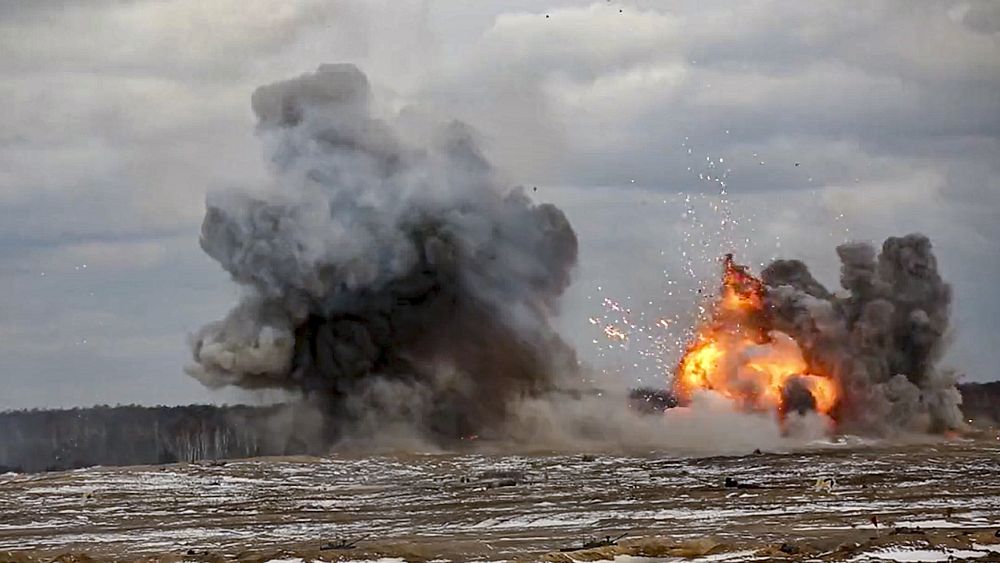 A majority of people across the European Union think Russia will invade Ukraine this year — and believe the EU and NATO should come to Kyiv’s aid in the event of Russian aggression, according to a new pan-European survey.

The European Council on Foreign Relations (ECFR) found a majority of people in six out of seven countries surveyed thought a Russian invasion of Ukraine would happen in 2022.

Moscow has troops massed near its border with Ukraine but has repeatedly denied US claims that it is poised to attack.

More than 5,500 people were questioned for the online survey in the last 10 days of January in Finland, France, Germany, Italy, Poland, Romania, and Sweden.

“Russia’s military build-up on Ukraine’s border has triggered a mood change in Europe,” the think tank says, adding that majorities now hold the view that the EU and NATO should stand behind Kyiv.

NATO and its member countries are seen as the primary defenders of Ukrainian sovereignty, the ECFR’s survey finds, a sentiment felt particularly strongly in countries near the EU’s eastern border, such as Poland, Sweden and Romania.

In all countries except Finland, most people thought Russia would invade Ukraine this year. The majorities were small in France, Germany and Italy — but, in Poland, nearly three-quarters (73%) believed an invasion would happen.

The survey also detected that Europeans trust NATO and the EU more than the United States when it comes to defending EU citizens’ interests, should Russia invade Ukraine.

People across Europe are prepared to bear large and potentially long-term consequences as a result of defending Ukraine, the ECFR polling finds. These include refugees at Europe’s borders, higher energy costs, more economic coercion, cyber attacks, and the threat of further Russian military action.

A majority in all countries surveyed apart from Sweden say Russia’s stance towards Ukraine poses a security threat to their own nation, especially over energy dependence.

“The cliché that war is ‘unthinkable’ is no longer true,” the council’s foreign policy experts are quoted as saying, adding that the coming weeks will “test whether Europeans can make the transition from a world shaped by soft power to one shaped by resilience”.

“The Russia-Ukraine crisis could turn out to be a watershed for European security,” said the ECFR’s co-founder Mark Leonard.

“EU states have been portrayed as divided, weak and absent on Ukraine. However, our survey shows that European citizens – from the north, south, east and west – are united. They agree that Vladimir Putin might pursue military action, and that Europe, together with its NATO partners, should ride to Ukraine’s aid.”