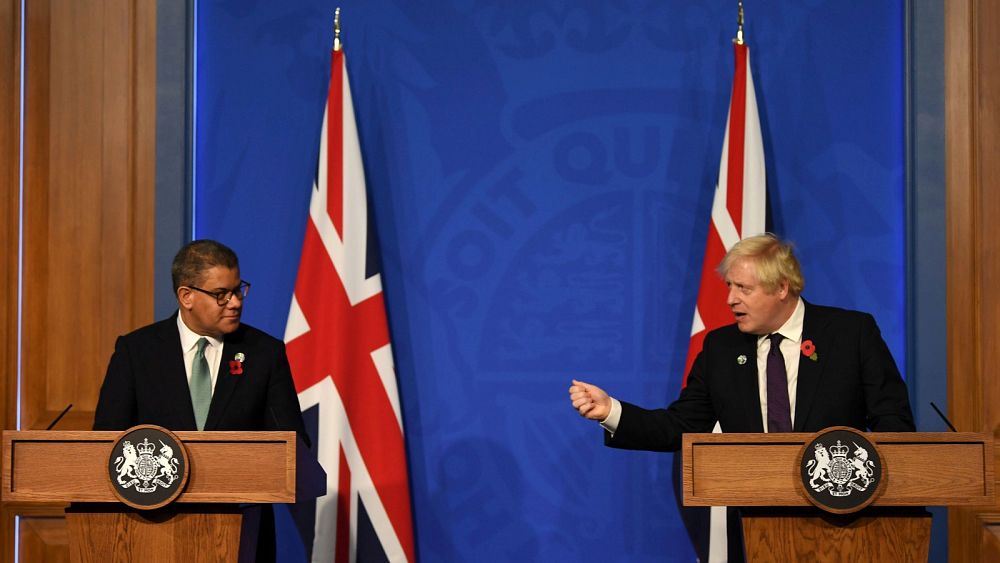 The United Kingdom, which hosted the COP26 climate conference in Glasgow over the past two weeks, hailed the agreement released on Saturday as “game-changing” yet “tinged with disappointment”.

“Yesterday evening, we finally came to the kind of game-changing agreement that the world needed to see,” UK Prime Minister Boris Johnson said at a Downing Street press conference, calling it a “decisive shift in the world”s approach to tackling climate emissions”.

He said it also marked the “beginning of the end” to coal power — stating the parties to the agreement gave a mandate to cut coal.

The final agreement called upon countries to accelerate “efforts towards the phasedown of unabated coal power and phase-out of inefficient fossil fuel subsidies”, which many said was a compromise in the final minutes that dealt a blow to the pact.

Conference President Alok Sharma said that “you phase down before you phase out”, emphasising that the agreement was the first to actually mention coal.

But Johnson admitted that his “delight at this progress is tinged with disappointment” stating that for some climate change is already a matter of life and death.

“We cannot force sovereign nations to do what they do not wish to do,” Johnson said.

Many activists have criticised the conference as mere talk that lacks real ambition to limit global warming. Ahead of the UN conference, experts had low expectations for what it could deliver.

“The text is meek, it’s weak and the 1.5C goal is only just alive, but a signal has been sent that the era of coal is ending. And that matters,” Jennifer Morgan, the executive director of Greenpeace, has said.

Many say that despite some steps in the right direction, much will depend on how governments now implement what was agreed at the conference. Morgan said the agreement ultimately punted decisions to next year’s conference.

“COP26 was never going to be able to halt climate change,” Johnson said. “What people thought we could conceivably do was slow the rate of increase and equip ourselves with the tools to turn it around.”

He hailed several agreements made on the sidelines of the conference such as a commitment by more than 100 world leaders to reduce deforestation by 2030, which critics say has a lack of accountability.

Sharma said that people keeping to their commitments was important and spoke about the agreement on the Paris rulebook, which sets out transparency requirements and timelines for countries.