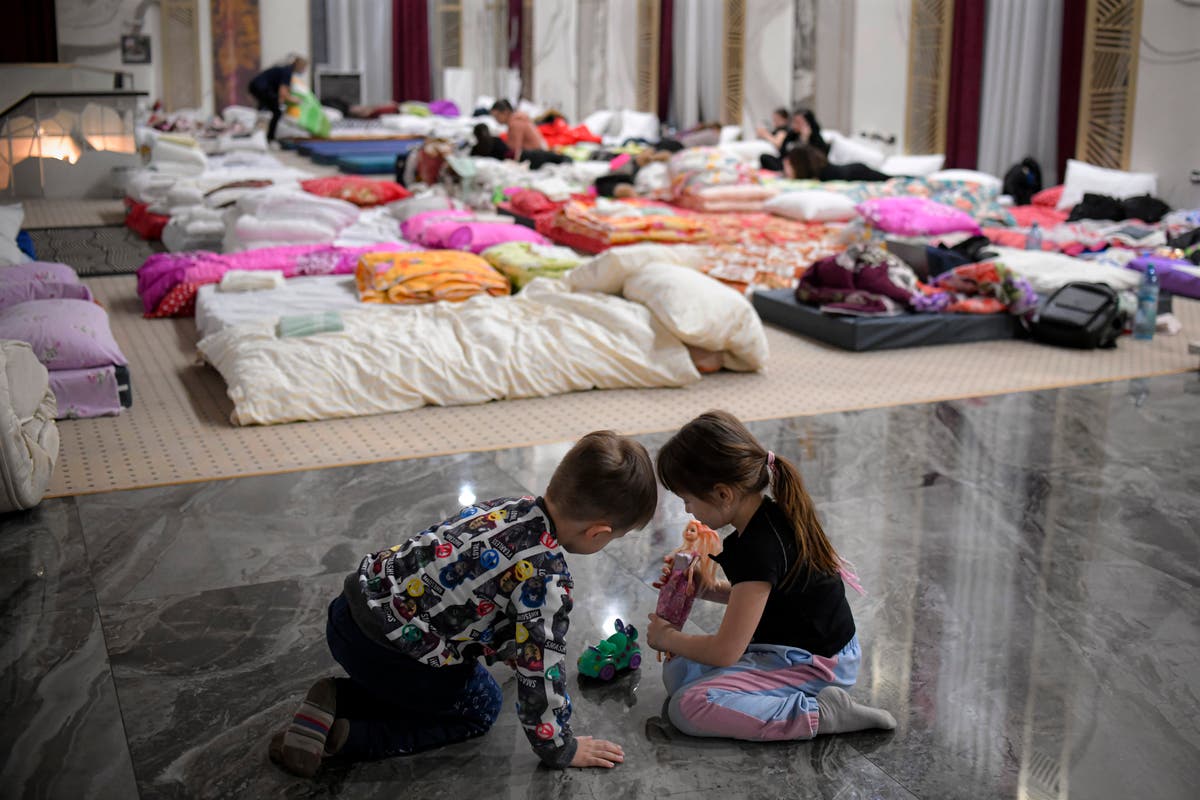 The Disasters Emergency Committee (DEC), a group of 15 charities, began the effort on Thursday, with one member executive describing the situation as one of the most “heartbreaking” he had ever seen.

Every pound donated by the British public will be matched by the Government through its Aid Match scheme up to the value of £20 million, Prime Minister Boris Johnson has said.

Thirteen DEC member organisations including British Red Cross and ActionAid are responding in Ukraine and its neighbouring countries to the Russian invasion, according to the committee.

Among those on the ground was Andrew Morley, chief executive of World Vision International, who has returned from Siret on the Romanian border where he saw relief operations in action.

He said: “We support children in countless crises across the world, including those I have recently visited such as Syria and the DRC, but I have never seen a more heartbreaking situation.

“All the children I met were crossing the border in tears, with pain and fear in their eyes.

“They were lost and scared.

“Our staff have been present in this area for decades and there on the ground to deliver it, but we need financial support to do this.”

Appeals to raise the funds will be broadcast on the BBC, ITV, Channel 4, Channel 5 and Sky following the evening news on Thursday.

The DEC will also hold a press conference at in central London earlier in the day where its chief executive, Saleh Saeed, will be joined by Mr Morley other spokespeople and aid workers on the ground.

The committee said people fleeing Ukraine were in desperate need of food, water, medical assistance and protection with many forced to hide in “shelters and metro stations” to stay safe.

“The majority crossing the borders are women and children arriving with only what they can carry,” it added.

More than 750,000 refugees have fled Ukraine in the last week and many more have been displaced inside the country, with the UN estimating that up to 4 million people could flee the country due to the conflict.

Mr Saeed said in a statement: “I could never have envisaged launching a humanitarian appeal in Europe in 2022.

“But tragically, that’s exactly where we find ourselves.

“Our members are working tirelessly with local partners to reach people in Ukraine swiftly as the brutal conflict turns lives upside down.

“Families, including many children, have been forced to leave everything they know behind to find safety and desperately need food, water and shelter.

“The DEC exists to mobilise the British public’s generosity and goodwill at times of crisis overseas, and this is one of those moments.”

The Prime Minister first announced the appeal in PMQs, saying: “Time and time again the British people have proved responsive and generous when confronted with a global emergency, and so I have no doubt that millions will support this vital appeal.

“That is also why the UK Government will match every pound donated to the Disasters Emergency Committee by the British public, ensuring vital supplies and support reaches those left homeless, displaced and distraught by this war.”

Foreign Secretary Liz Truss said: “The UK stands with people fleeing this terrible conflict and we are working with our humanitarian partners to provide for those in need in Ukraine and the wider region in their hour of need.

“Through the DEC Ukraine Humanitarian Appeal, we will match, pound for pound, up to £20 million of donations from the Great British public, ensuring vital support reaches communities in desperate need of help.”