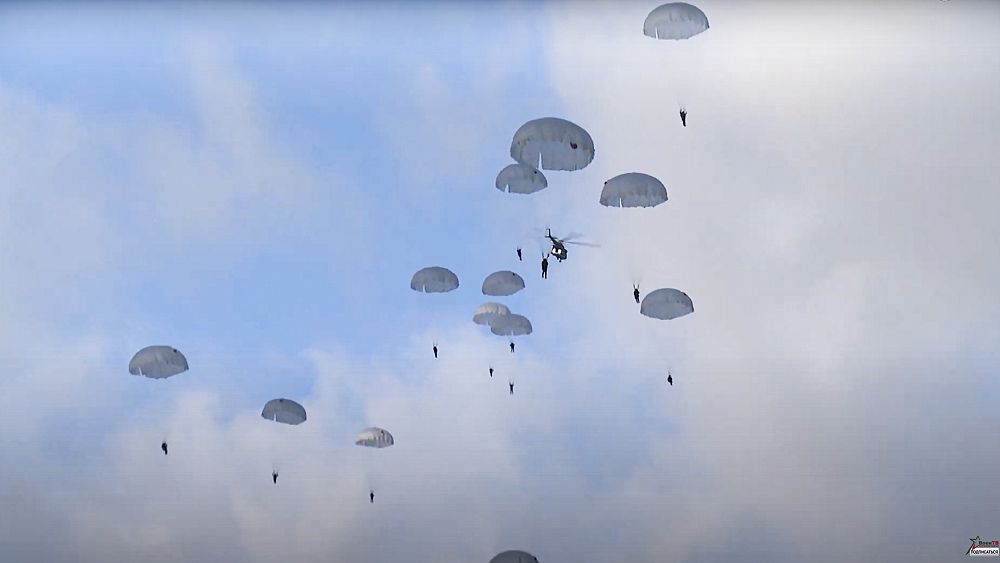 Two Russian servicemen died in western Belarus near the Polish border on Friday during joint airborne exercises with Minsk.

The Russian defence ministry said in a statement quoted by Russian news agencies that the two soldiers” parachutes failed to function properly “due to a sudden strong gust of wind” during their jumps.

“Despite the efforts of doctors, the two Russian servicemen under contract to the army succumbed to their injuries,” the statement added.

The victims were part of a group of 250 Russian paratroopers who took part in joint manoeuvres with the Belarusian army on Friday.

Before this announcement, the Russian army had indicated in the evening that these soldiers had already returned to their bases in Russia.

According to Minsk, Russian IL-76 troop transport planes and helicopters of the Belarusian forces were involved in these manoeuvres in the Grodno region.

They took place amid rising tensions between Belarus and the European Union in the area.

A few thousand migrants wanting to reach Europe, mainly from the Middle East, are stuck in difficult conditions on the Belarusian-Polish border.

The EU accuses Minsk of orchestrating the influx of migrants, including by issuing visas, in retaliation for Western sanctions imposed on Alexander Lukashenko’s regime last year after a brutal crackdown on opponents.

The EU welcomed “progress” on Friday in its efforts to stem the influx of migrants after securing flight restrictions from the Middle East to Minsk.