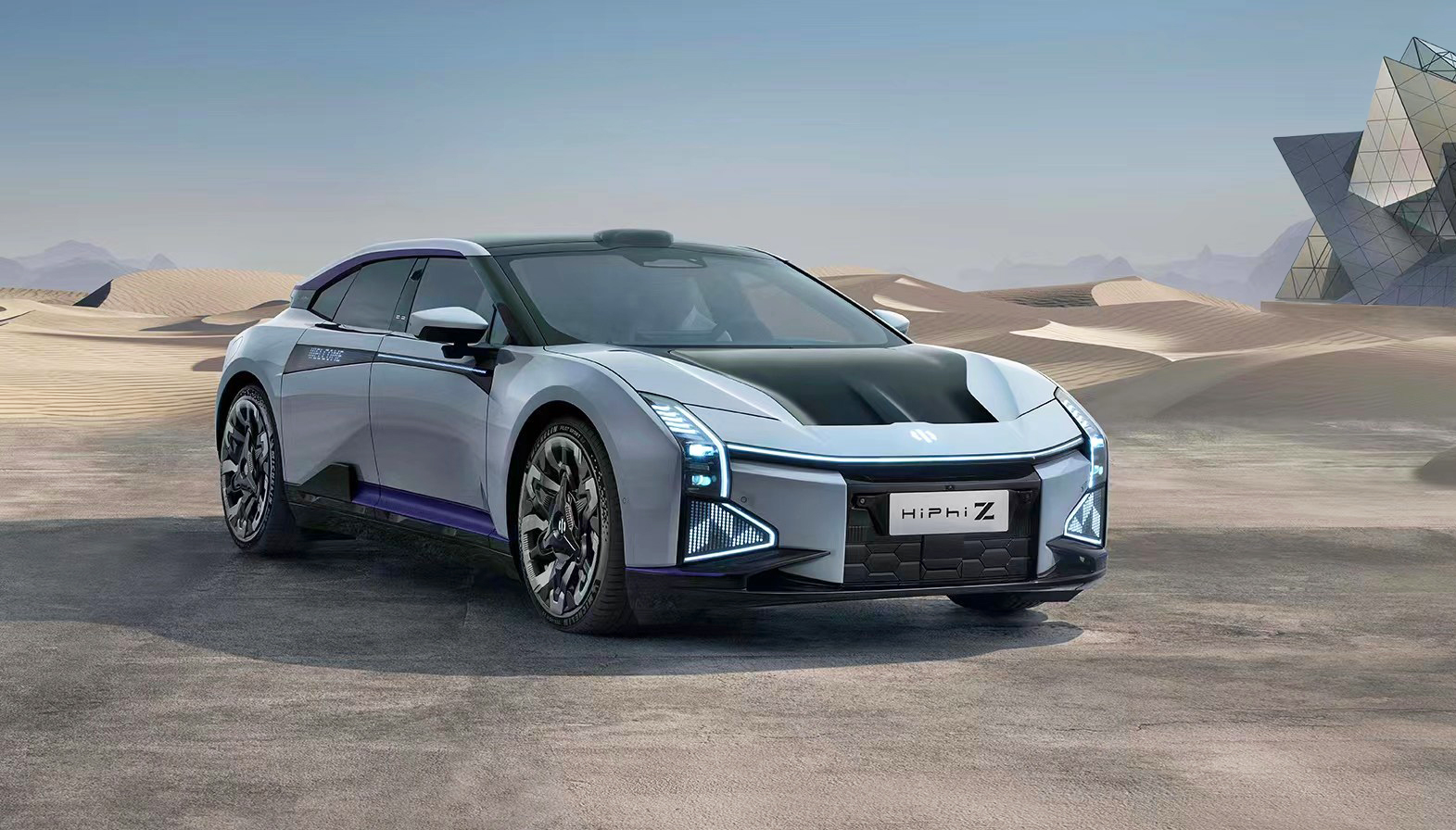 Human Horizons is an electric vehicle manufacturer from China (and only sells in the local market at the moment). It has unveiled its second EV model this week, called the GT HiPhi Z, which includes the world’s only “vehicle-grade” high-speed robotic arm. Human Horizons claims it “can move back and forth in place in less than a second and features control accuracy of up to 0.001mm.”

The HiPhi Z is constructed out of a hybrid between steel and aluminium, and features the “world’s first wrap-around Star-Ring ISD light curtain,” a series of over 4000 LEDs that “interact with passengers, drivers, and the world around it.” Furthermore, UWB sensors embedded in the doors will allow for “automatic detection of people, keys, and other vehicles, resulting in a smart adjusted door opening in terms of both speed and angle.”

It has a 120 kWh battery pack, claimed to deliver a range of over 700 km on a full charge. It accelerates from 1-100 km/h in 3.8 seconds, according to Human Horizons. It has rear steering like other luxury vehicles, drastically shortening the vehicle’s turning radius.

The interior is akin to stepping into a Jetsons episode, if the company’s PR is to be believed. Its “ultra-futuristic spaceship-like digital setup” centres on the HiPhi Bot, an on-board AI companion that can adjust virtually every aspect of the driving experience. It isn’t yet completely clear what the robotic arm is for, with the company simply stating that it is “able to perform a variety of delicate movements with barely a noise.”

“The HiPhi Z is a testament to the company’s dedication to technological advancement, sparing no expense in testing the boundaries of creation,” Ding Lei, CEO and chairman of HiPhi, said. “Through rigorous testing and development, the HiPhi Z has retained more than 95 percent of its production intents revealed previously.”