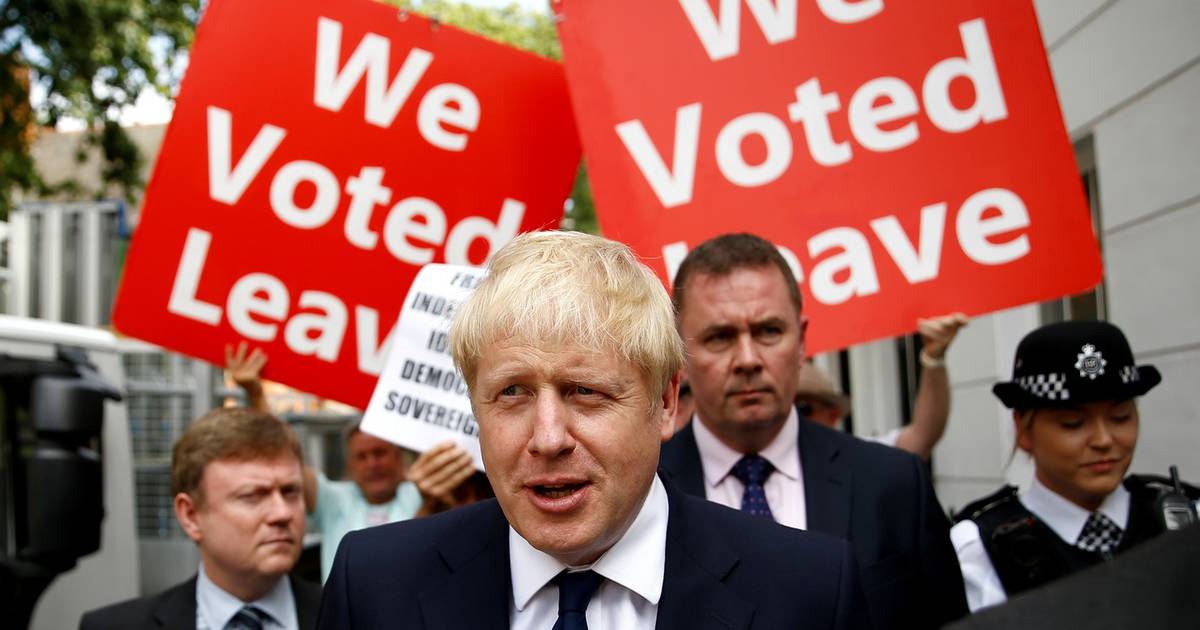 Twenty years ago, Boris Johnson, then editor of the Spectator magazine, was hosting the BBC quiz show Have I Got News for You when he struggled to work out which team had got the correct answer. “You edit a magazine?!” mocked one of the regular panellists, Paul Merton. “What on earth are the editorial meetings like?”

But Johnson knew there was something more important than appearing organised: being charming and entertaining. “You’ve all done exceptionally well on this question,” he smiled to the competing teams. On TV, as in politics, he started out as the man who could unite people in amusement. After nearly three years as prime minister, he united them in contempt.

Johnson (58), who announced on Thursday that he would step down as Conservative party leader, has been the most remarkable and colourful British politician of his generation. As the man who took the UK out of the EU, he can also claim to be the most consequential.

His early bumbling performances on Have I Got News for You cloaked a deep ambition for top office. As a child, the son of a future Tory MEP, he had dreamt of becoming “world king”. At Oxford university, he was elected president of the Oxford Union, the student debating society that has been a nursery for generations of British politicians. Although he began working as a journalist, notably as a Eurosceptic, truth-light reporter at the Daily Telegraph, he wanted bigger things. “They don’t put up statues to journalists,” he said. He was first elected an MP in 2001.

Johnson’s mix of journalism and politics would prove explosive: in 2004, he had to undertake an apology tour of Liverpool after the Spectator attacked the city’s mourning of the Hillsborough football disaster, in which 97 fans died. But he defied conventional political wisdom, surviving gaffes, lies and marital infidelities. With his blond mop and natural humour, he represented a rebelliousness that Britain’s managerial politics of the early 21st century had largely lacked.

Johnson’s first big electoral achievement was becoming mayor of London in 2008, ousting Labour incumbent Ken Livingstone. It cemented his image as a “Heineken politician”, who could reach parts of the country that other Conservatives could not. Johnson was in his element presiding over the 2012 Olympic Games; he also claimed success in reducing violent crime.

In 2014, Johnson published a biography of Winston Churchill that seemed an exercise in projection. By the time his second term as mayor drew to a close, allies of then prime minister David Cameron were braced for Johnson to shake up national politics. That duly happened in February 2016, when he opted to back the campaign to leave the EU, defying Cameron’s government. “I am a European. I lived many years in Brussels. I rather love the old place… [T]here is nothing necessarily anti-European or xenophobic in wanting to vote Leave,” Johnson wrote.

Johnson electrified the EU referendum. Bombastic and optimistic, he swept aside Remain campaign leaders, including Cameron and the little-present Labour leader Jeremy Corbyn. He converted from the free market Tory who had run London to being tough on immigration and pro-state intervention. That helped to shift British politics away from the received wisdom of the Blair-Brown-Cameron years. It would be summed up by his later remark about companies’ concerns over Brexit: “F**k business.”

After the referendum, Johnson’s lack of organisation – or a parliamentary vanguard – bit him, when his Tory leadership campaign imploded. He settled for the job of foreign secretary under Theresa May. He had the chance to embody the “Global Britain” approach that he had claimed Brexit would foster, and invoked the memory of George Curzon, the Etonian viceroy of India. But former British officials and diplomatic counterparts were scathing of his grasp of detail. He failed to influence crises in Yemen, Iran and Syria.

He lacked the trust of European allies, who blamed him for Brexit and remembered him having compared the EU to Nazism. He was also unable to curb his penchant for jokes – remarking at one summit, “With friends like these, who needs Yemenis?” An offhand remark about Nazanin Zaghari-Ratcliffe, a British-Iranian woman detained by Tehran, was seized upon by the Iranian government to justify her further imprisonment.

Johnson’s fortunes turned when May unveiled her Brexit deal in 2018. He resigned from the Foreign Office and became a figurehead of the parliamentary guerrilla movement against her. When May was forced from office, Johnson’s commitment to a hard, swift Brexit won over Tory members.

The first months of Johnson’s premiership were rocky to the point of chaotic. He threatened to take Britain out of the EU without a deal. When MPs blocked him, he temporarily prorogued parliament– only for the supreme court to rule that he had acted unlawfully.

Throughout his career, Johnson had proved his critics wrong. He did it again in October 2019, agreeing a deal with the EU. The price was Northern Ireland – whose trade with the rest of the UK would face customs checks after Brexit – but Johnson astutely judged British voters would not mind. He also reassured Northern Irish businesses, wrongly, that “there will be no forms, no checks, no barriers of any kind”.

During the general election campaign that followed, Johnson pitched himself as the only person who could “get Brexit done”, while investing in left-behind areas of England. Having stood up for bankers during the financial crisis, he now railed against London’s pre-eminence. He built a new electoral coalition uniting rural parts of southern England with seats in former industrial towns, where working-class loyalties to the Labour Party had frayed.

[ Dublin breathes sigh of relief as Johnson bows out ]

His repeated attacks on the establishment led critics to liken him to then US president Donald Trump, with whom he had maintained close relations. But Johnson was a more nuanced figure, hailing, for example, the need to act on climate change.

He won a majority of 80 seats, the Conservatives’ largest majority since 1987. The victory was so large that it seemed Johnson could enjoy a decade as prime minister. Like his other great victory, the 2016 Brexit vote, it came with the strategic guidance of Dominic Cummings. Johnson was also fortunate to face in both cases an enfeebled Labour Party under Corbyn.

When Britain left the EU on January 31st 2020, Johnson promised the start of a “new act in our great national drama”. Instead, Covid-19 hit, and he found himself contemplating health restrictions that went against his remaining socially libertarian instincts. He was slow to order national lockdowns, but won public sympathy when he himself almost died of the virus later that year. A rapid vaccine rollout and billions of pounds of state support also steadied his position.

But he fell out with Cummings, who started denouncing him as an out-of-control “shopping trolley”. Revelations of Downing Street parties during the pandemic then hit Johnson’s popularity. Even strong support for Ukraine after Russia’s invasion could not repair his ratings.

The breaches of lockdown regulations culminated in one criminal fine for the prime minister. They epitomised his disregard for rules. As PM, he overrode the conclusion of his then ethics adviser that the home secretary Priti Patel had broken the ministerial code by bullying staff, and he appointed his friend Evgeny Lebedev, a newspaper proprietor, to the House of Lords, despite security service concerns. In November 2021, in arguably the first domino in his ousting, he backed Tory backbencher Owen Paterson, who had been found guilty of multiple breaches of parliamentary standards by paid lobbying. The Tory party had started to resemble John Major’s sleaze-ridden outfit of the mid-1990s.

As a journalist and even a politician, Johnson’s lack of honesty had been seen by his supporters as a price worth paying for his charisma. That calculation changed in 2022, as ministers tired of defending half-truths and falsehoods in daily TV and radio interviews. Johnson narrowly survived a no-confidence vote in June. But his second ethics adviser resigned soon after.

For many Tory MPs, the final straw was a changing official account of what the prime minister had known about inappropriate behaviour by Tory MP Chris Pincher before appointing him as minister. Johnson again tried to tear up constitutional convention. In an undignified last stand, he refused to resign even when more than 50 ministers, an unprecedented number, quit. Ultimately, though, he had no choice.