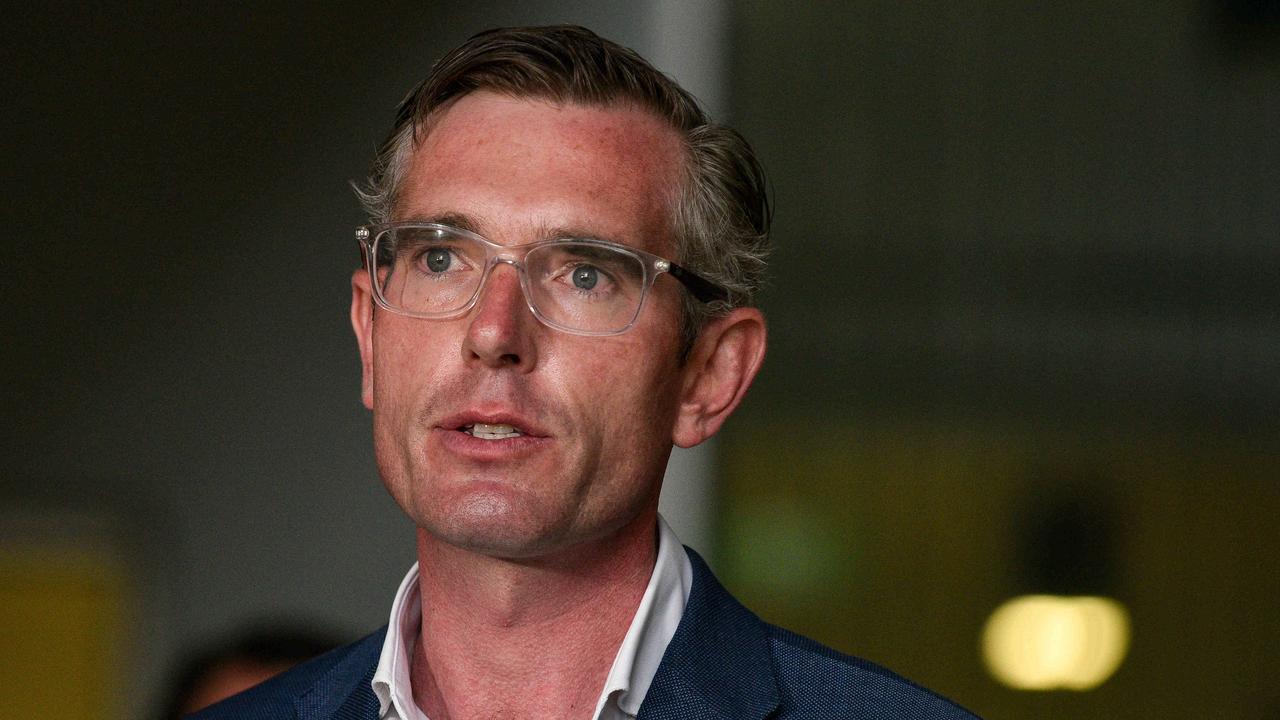 NSW residents will soon be at risk of copping a brand new $1000 fine after Premier Dominic Perrottet announced a new mandatory testing requirement.

NSW residents who return a positive Covid-19 test result on a rapid antigen test (RAT) will soon be at risk of copping a big fine if they don’t report the result to the government.

On Wednesday, Premier Dominic Perrottet announced it was now mandatory for residents to report their positive RAT results via the Service NSW app.

At 9am AEDT the function allowing people to report a positive result went live, with Mr Perrottet saying any positive RAT result recorded since January 1 should be reported.

Residents who refuse to comply with the mandatory reporting could be slapped with a new $1000 fine.

“This health order has been signed off this morning and in terms of enforcement, if someone fails to register a positive rapid antigen test, there will be a $1000 fine,” Mr Perrottet said.

“There will be a grace period, I spoke to the Police Commissioner this morning, Karen Webb, and enforcement of the this fine will come in one week’s time, from the 19th of January.”

The Premier said the process is very simple and should only take users a couple of minutes.

NSW recorded 34,759 new Covid-19 cases on Wednesday a figure that, in reality, is likely much higher due to the use of rapid antigen tests.

Up until now, residents had no way to inform NSW Health when they received a positive RAT result, meaning thousands of Covid-19 cases have likely gone unreported in recent weeks.

This announcement comes after Mr Perrottet revealed he was formulating a new action plan to help NSW through the Omicron outbreak.

Despite the unprecedented case numbers, Mr Perrottet believes his state will come out “stronger” on the other side of this outbreak – and he has a plan to ensure it happens.

A new economic support package, free rapid antigen tests and a fresh back-to-school plan are all in the works, the Premier told The Daily Telegraph.

The peak of NSW’s outbreak is now projected to hit at the end of the month, with Mr Perrottet saying the state was now in a “transition period” of dealing with the virus and there was “no alternative” but to push forward.

“That creates inconveniences, challenges, and requires patience and an effort once again,” Mr Perrottet told the paper.

“Every single time with every single outbreak, NSW, through the efforts of our people, has managed it and come out of it stronger.”

With the government now relying on rapid tests so heavily, they have become extremely difficult to find and increasingly expensive as price gouging runs rampant.

This has prompted repeated calls for the government to make the tests free for all residents, with Mr Perrottet saying early plans are in motion to ensure everyone in the state has access to the tests.

“2022 looks like families having rapid antigen tests sitting in the cupboard,” the Premier told the Telegraph.

One option reportedly being considered is providing Dine & Discover-style vouchers that can be used to access free rapid tests at pharmacies.

Parents may also be able to obtain the tests from their children’s schools.

Mr Perrotett told reporters on Wednesday that the government was in the process of looking at how a voucher system could work.

“[It] would be supportive alongside the provision of those tests through a pharmacist or a supermarket but we are working on that now and looking at the feasibility of doing that,” he said.

In the meantime, it appears a state government stockpile of 100 million tests will be used primarily to keep critical services operating, such a healthcare and education, while also ensuring vulnerable communities, such as social housing and remote areas, are taken care of.

A new economic support package to ease the burden of the Omicron outbreak is another one of the key points of the Premier’s plan.

Senior ministers are currently working on the package that will aim to help businesses and individuals that have been hit hard by the latest Covid-19 surge.

Despite the state consistently smashing its previous daily infection records, Mr Perrottet has ruled out the possibility of plunging NSW back into lockdown.

“We know many businesses right now are closed, but if we took the other approach, every business would be closed,” he said.

“If you’ve had as much of society (as possible) ­functioning in the dark times, the light times come a lot faster.”

The final part of Mr Perrottet’s plan will revolve around schools.

With the end of the NSW school holidays edging closer, many parents have been asking exactly what the start of the school year will look like as the state battles growing Covid numbers.

Queensland has already made the decision to delay the start of the school year, moving it from January 24 to February 7, with Year 11 and 12 students to begin remote learning on January 31.

“It is not desirable to have our children back starting school during the peak of this wave,” Queensland Premier Annastacia Palaszczuk said on Sunday.

“Queensland will be facing its biggest test over the next four weeks … it is sensible and logical to delay the start of the school year so children can be safe and get vaccinated.

“This wave is going to get worse, not better.”

However, Mr Perrottet is adamant that NSW students will return to school on day one of term one “in a way that is safe for teachers and students”.

Rapid antigen tests are expected to play a role in getting kids back to school safely, with national cabinet due to discuss plans on Thursday.

Mr Perrottet said he hopes they can agree to a “nationally consistent” approach with returning to school.

He told The Daily Telegraph responses to Covid-19 would continue to change over the coming years, while also rejecting criticism that he allowed the virus to run rampant by forging ahead with eased restrictions.

“The position that we’ve taken in NSW is entirely consistent with the approach that the Labor states in Victoria and Queensland have taken,” Mr Perrottet said.

The Premier also stood by the controversial decision to wind back the use of QR check-in codes – which resulted in major backlash – saying the change was made on the advice of NSW Health.

The growing outbreak has prompted the government to bring back some minor restrictions.

At the end of December, the government reintroduced the mandate requiring masks to be worn in all indoor settings.

The one person per 2 sqm rule was also brought back for indoor hospitality venues, with the rule expected to remain in place until January 27.

There is also a ban on singing and dancing at hospitality venues, nightclubs, music festivals and entertainment and recreation facilities.