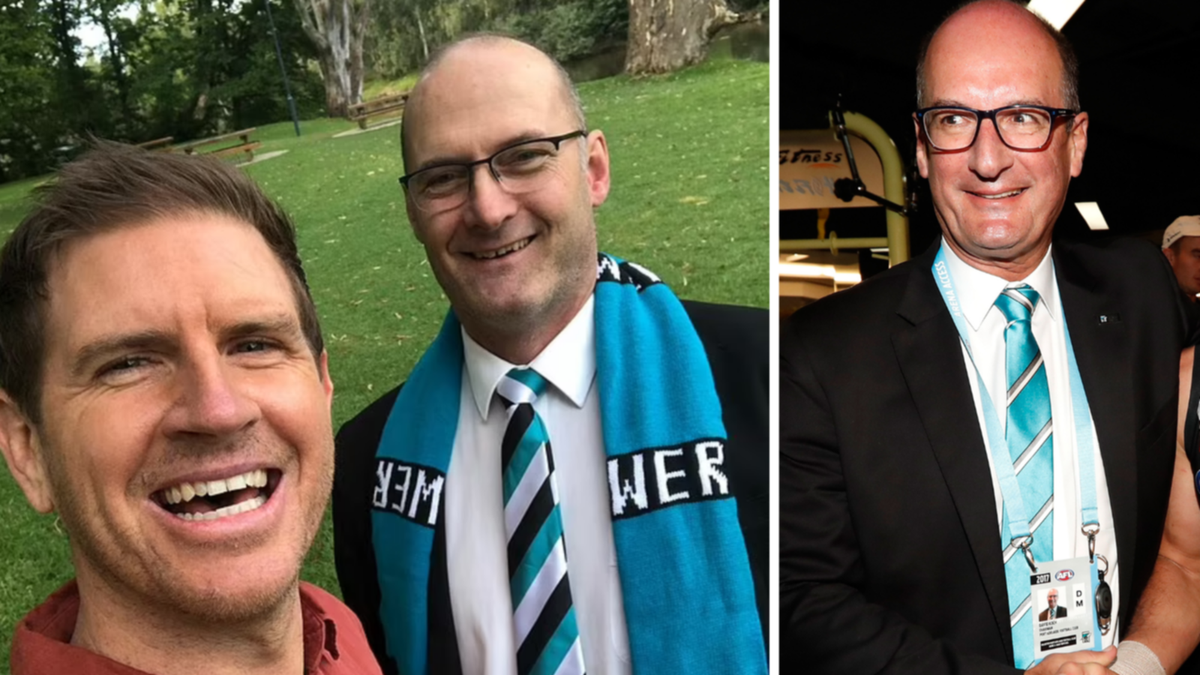 Kochie, if the early morning Sunrise wake up ever gets too much, Sam Mac has found your perfect replacement.

When the Sunrise weatherman was in Albury on Wednesday, he was shocked to run into a viewer who appeared identical to his co-host David “Kochie” Koch.

WATCH IN THE VIDEO ABOVE: Sam Mac shows off Albury’s ‘Kochie’

The Channel 7 star was visiting Albury to film his segments of the breakfast show, sharing with viewers all Albury has to offer.

As Sunrise came to a close, Sam farewelled Kochie and co-host Natalie Barr at the Sydney studio, signing off for the day.

So you can imagine that Sam got the fright of his life when five minutes later, he ran into – Kochie?

No, it wasn’t Kochie, it was a local man named Rohan Drummond, who appeared the spitting image of the breakfast host.

Sam decided this was too good not to share, telling his Instagram followers, “I’m in Albury and I’ve ran into Kochie…’ he said before panning to Rohan.

Rohan clearly understood the assignment, dressing up in a suit with a Port Adeliade scarf and tie.

This attire hit the nail on the head, considering Kochie is known for wearing the AFL club’s colours, being the long-time chairman of Port Adelaide.

Not missing a beat, Rohan said: “Sam Mac… Where you been mate? Get back to work! Go Port!”

Although looks-wise, he had the part nailed, Sam had doubts about his vocal execution.

“Voice needs a little work, nailed the mannerisms though” he joked in the caption.

The weatherman went on to share a poll to his followers asking if the impersonator should replace Kochie on air.

Kochie himself went on to repost the Instagram stories, keeping his caption simple with a laughing emoji.

This is the latest banter between long-time co-workers Sam Mac and Kochie.

The duo previously enjoyed some light-hearted ribbing in October 2021 when Sam was set to make a guest appearance on Home and Away.

Perhaps to lower expectations ahead of his acting debut, Sam thought it best to resurface Kochie’s 2007 appearance.

The weatherman went on to post a clip of Kochie at the Summer Bay surf club drinking a beer and saying the line, “yeah, sure”.

“That’s it. That is literally it. All of two words,” said Sam, poking fun at the Sunrise host’s very brief Summer Bay debut.

To watch more hilarious interactions between the pair, watch Sunrise on Channel 7 or 7plus.