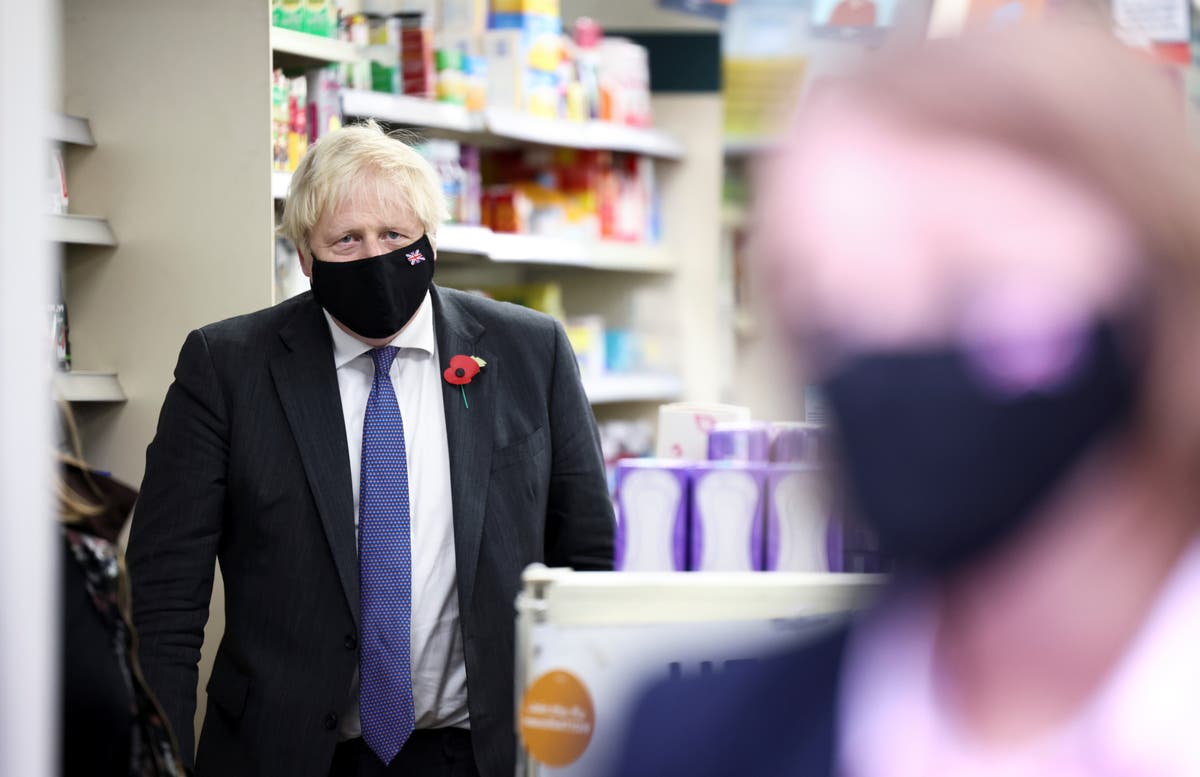 Boris Johnson has warned “storm clouds” of Covid infections are gathering over parts of Europe as many countries prepare to reintroduce restrictions ahead of Christmas.

The prime minister said he was concerned about the wave of cases across central and eastern Europe, and the threat of the virus on the UK’s promising progress.

While the country still has a higher seven-day rate of new reported cases than others, the number is continuing to decrease – from 362.2 cases per 100,000 people down from 412.1 in the most recent week.

Mr Johnson urged people to continue to come forward for their Covid vaccinations and booster jabs, to avoid another wave of infections as seen in other European countries.

Speaking on a visit to Sidcup, he said: “The UK has built in a huge amount of protection, thanks to the vaccine rollout and people’s amazing willingness to come forward and get jabbed.

“We have got a situation now where there is no question that there is a wave of infection coming across Eastern Europe, Central Europe, you are seeing numbers rise in Germany now very steeply and I am concerned about the disease, the Delta variant being passed between those who have been vaccinated, indeed those who have been double vaccinated.

He continued: “What I’m saying is that I’m seeing the storm clouds gathering over parts of the European continent.

“And I’ve got to be absolutely frank with people, we’ve been here before, and we remember what happens when a wave starts rolling in.”

His comments came as the Dutch governmen announced a return to partial lockdown from Saturday, with shops and restaurants ordered and shops to close early and fans barred from large sporting events in a bid to stem rising Covid cases.

Caretaker PM Mark Rutte said restrictions that the Dutch people had thought had ended for good would be in place for three weeks.

New data from the Office for National Statistics suggests infection levels are continuing to fall across the UK.

The figures show that about one in 60 people in private households in England had Covid in the week to November 6, down from one in 50 the previous week.

In Scotland it is one in 85, down from one in 80 the previous week.