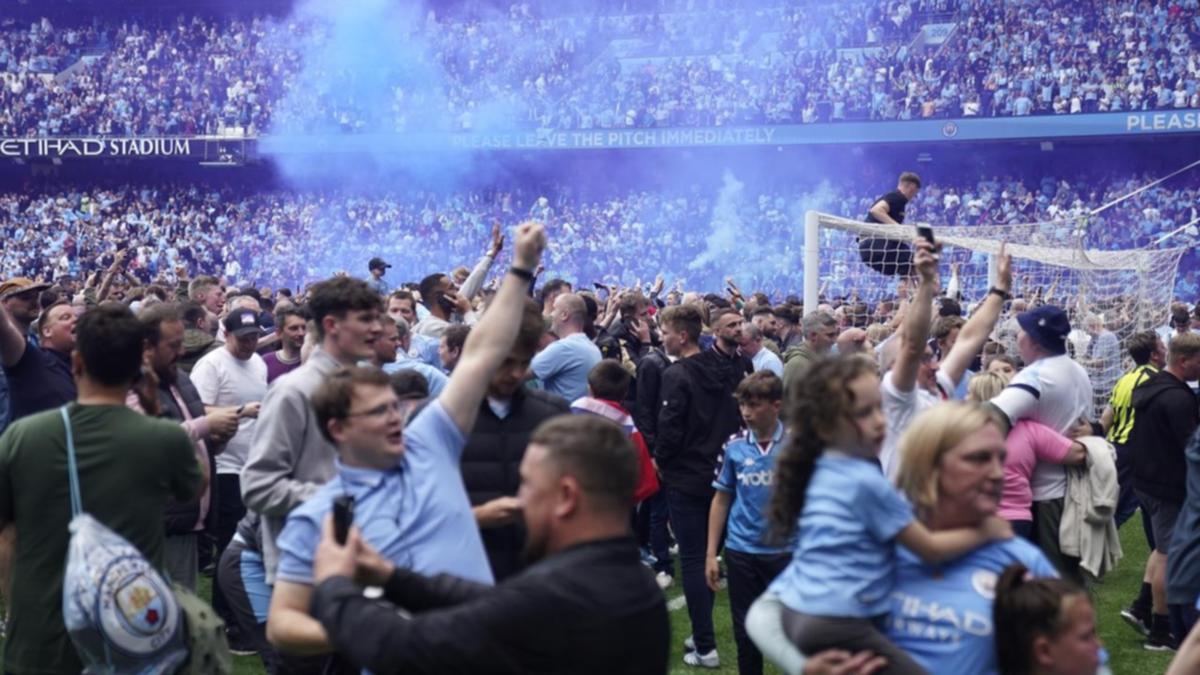 Manchester City have apologised to Robin Olsen and vowed to indefinitely ban the fan who attacked Aston Villa’s goalkeeper throughout a pitch invasion on the Etihad.

Villa boss Steven Gerrard, when requested if everybody obtained off the pitch OK, mentioned: “The reply isn’t any.

“My goalkeeper was attacked. I feel these questions ought to go to Pep [Guadiola] and Manchester City.”

“Manchester City want to sincerely apologise to Aston Villa goalkeeper Robin Olsen, who was assaulted after the ultimate whistle at at present’s match when followers entered the pitch,” the membership mentioned.

“The membership has launched an instantaneous investigation and as soon as recognized, the person accountable will likely be issued with an indefinite stadium ban.”

The assault, which came as fans celebrated City’s dramatic title win on Sunday, is the latest in a series of incidents following mass incursions onto the pitch.

Crystal Palace manager Patrick Vieira was involved in an altercation after Everton fans invaded the pitch on Thursday at Goodison Park.

Further footage has since emerged of Palace players Wilfried Zaha and Ebere Eze being confronted by fans. The Football Association and Merseyside Police are investigating.

“There are actual points right here to mirror on,” mentioned Vieira on Sunday.

“As a coach, manager, player or staff we want to be safe in our workplace. I think there is a big issue on the FA and Premier League’s plate to deal with.”

Vieira revealed he can be comfortable to talk to the FA about his personal incident however burdened England confronted a country-wide drawback.