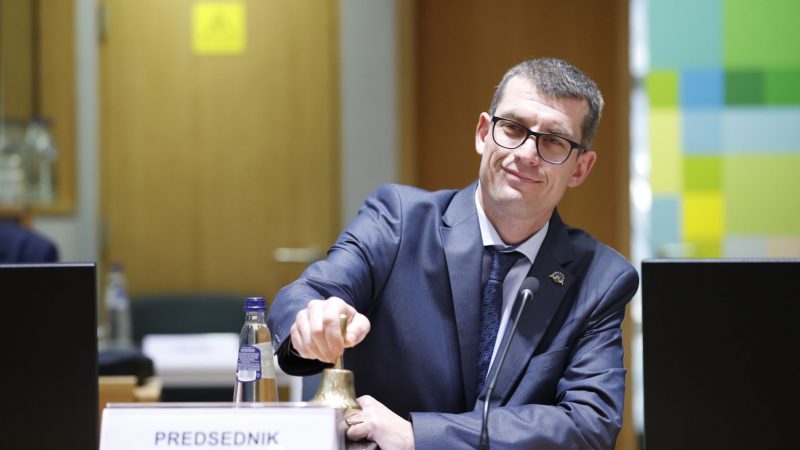 It is crucial to complete the EU’s enlargement to the Western Balkans and prepare the Union for further membership applications by interested European countries, writes Gašper Dovžan.

Gašper Dovžan is the Slovenian state secretary on EU Affairs.

Slovenia’s second presidency of the Council of the European Union is coming to an end. It has been taking place under substantially different circumstances than the first presidency in the first half of 2008; not only because of the changed role of the rotating Council Presidency brought about by the Treaty of Lisbon, but mainly due to the changed political climate and geostrategic situation.

Back then, many people still nurtured the somewhat naive belief that, after the fall of the Berlin Wall and the EU enlargement in 2004, our future was nothing but bright, that peace in Europe was to last forever and that increasing prosperity would be our only concern.

In August 2008, the military conflict between Russia and Georgia effectively extinguished this illusion. A period of security-political, economic and financial crises followed.

The search for responses to these crises was not a full success and led to certain divisions within the EU. In addition, the EU member states then found themselves under pressure from mass migration, which further exacerbated political uncertainty and weakened trust between them and the EU institutions.

Another concern was also the UK’s withdrawal from the EU. All this undermined the belief in the EU’s ability to tackle common challenges quickly and effectively.

Some EU member states reacted to this situation by attempting to compensate for the weakened output legitimacy of the EU by strengthening the so-called input legitimacy. This was reflected in a strengthened discourse on the rule of law and in highlighted progressive identity policies.

Some other member states sought to compensate for the weakened output EU legitimacy with deliverables at the national level and leaders with strong parliamentary majorities sought ways to strengthen the effectiveness of their national democracies. However, this has not always led towards political convergence at the EU level.

In parallel to all political developments, we have seen unprecedented technological advances over the last decade, as well as the emergence of the digital economy, online platforms and social networks, all of which have their own epicentres outside Europe. Geopolitical environment has also changed.

Growing economic, technological, security-political and general strategic confidence of some of the biggest countries in Asia-Pacific has challenged the established global economic, financial and security architecture which, after the Second World War, was geared towards the protection of security and values of the free Europe.

A rapid industrial rise of many development countries has also exacerbated impacts on the environment, accelerating climate change and further intensifying the competition for key raw materials, especially energy resources that all economies inevitably need to grow.

There is also an aggravating demographic situation in the Union that weakens its overall economic potential in the mid- and long term. In the light of these trends, it has become clear that the EU, which has traditionally relied on its soft economic power, will face an uphill battle to maintain its global impact and avoid slipping further into a position of increased external dependence.

Conference on the Future of Europe (CoFoE)

Under these circumstances, the European institutions were right to react and set up an organised process of debate on our common future in the context of the Conference on the Future of Europe, which got underway in May 2021.

Slovenia considers the Conference on the Future of Europe as an innovative process striving to put European citizens at its heart; it is therefore an important result in itself. We are pleased that, after having set up a rather complex structural architecture, the debate has finally concentrated on substantive issues.

We have worked hard to steer the process in a way that the main ideas and proposals should come from the citizens, either through citizens’ panels or through the multilingual digital platform set up specifically for this purpose.

Slovenia in its capacity of the Presidency of the Council of the European Union and Co-Chair of the Executive Board of the Conference has ensured maximum transparency in the process and managed to ensure involvement of the representatives of the Western Balkan partners as stakeholders in the October plenary debate.

Moreover, the Bled Strategic Forum, held in September, was also dedicated to a debate on the future of Europe. It was also attended by representatives of countries that consider applying for EU membership.

They were involved in the debate on the future of Europe on an equal footing. I believe that the Conference on the Future of Europe will successfully conclude during the French Presidency of the Council of the EU and that the European institutions will then consider the proposed conclusions and, within their competences, embark on their implementation.