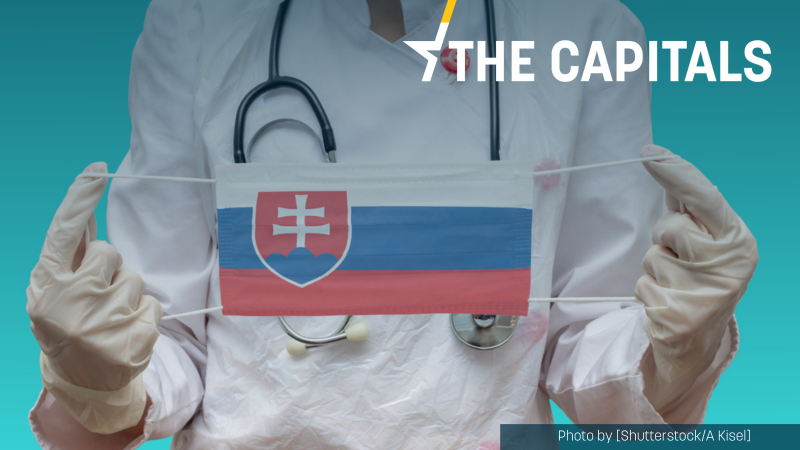 Slovakia’s healthcare surveillance authority has begun investigating a group of high-profile doctors for spreading dangerous COVID-19 related disinformation which could lead to them losing their medical licences. Read more.

New German central bank chief is a sign of fiscal “continuity”. The appointment of Joachim Nagel as head of the Bundesbank, the national central bank, will ensure the “continuity” and “stability” of Germany’s fiscal policy, finance minister Christian Lindner said on Monday. Read more.

Omicron variant worries Sweden’s government. As Prime Minister Magdalena Andersson called on Swedes to prepare for new restrictions as the situation in the country is “deteriorating”, the parliamentary Ombudsman said further restrictions would threaten the rights of the unvaccinated. Read more.

Portugal fines 38 airlines for passengers lacking PCR tests. More than 1,400 passengers and 38 airlines were fined at Portuguese airports in 19 days for failing to abide by COVID-19 measures the Interior Ministry told Lusa on Monday. Read more.

Draghi and Scholz agree on national recovery plans, not Stability Pact reform. Prime Minister Mario Draghi and new German Chancellor Olaf Scholz welcomed the national recovery and resilience plans as an EU-coordinated strategy to save member states from the pandemic’s effects when they met in Rome as part of an official visit. However, it remains unclear whether they are on the same page with regards to fiscal rules, particularly when it comes to reforming the Stability Pact. Read more.

Spain races against clock to approve labour reform agreed with Brussels. With only two weeks to go, the Spanish government is racing to agree with the main trade unions and the largest employers’ association on the controversial labour market reform, as agreed with the European Commission, EURACTIV’s partner EFE reported. Read more.

Green NGOs: Czech CAP strategic plan needs to be reworked. Czech green NGOs are calling on the new government to revise the draft of the national strategic plan for agriculture due to be submitted to the European Commission under the reformed Common Agricultural Policy (CAP). Read more.

Bulgaria could face EU sanctions after electricity prices moratorium. The ban imposed by the Bulgarian parliament on the rise in electricity and central heating prices could lead to European sanctions on Bulgaria. Read more.

Bulgaria-Greece gas interconnector a ‘matter of months’. It is a matter of months until the gas connection between Greece and Bulgaria is completed announced the prime ministers’ of the two countries Kiril Petkov and Kyriakos Mitsotakis, who held a meeting in the Council of Ministers on Monday. More.

Residents protest NATO airfield to be built on their land. Residents in Morave and Kucova in Albania have been protesting against plans to expand a NATO airfield onto their land, claiming the government compensation offered is far below the market rate. Read more.

Slovenia ratifies agreement on bridge construction at border crossing. The Slovenian government has ratified an agreement with Croatia on constructing a new road bridge near the Kaštel-Dragonja border crossing point, worth €1.3 million. The agreement was signed by the Croatian Minister for the Sea, Transport and Infrastructure, Oleg Butković, and the Slovenian Minister for Infrastructure, Jernej Vrtovec, on 16 April this year.

The reconstruction of the old bridge is expected to increase the safety and flow of traffic between Croatia’s Istria County and the Slovenian Littoral. Butković said at the signing ceremony that this was a good example of how to reconstruct other river bridges along the Croatian-Slovenian border. (Sebastijan R. Maček | sta.si)

Survey: Vucic’s Progressive party to win 57% of the vote, united opposition 12%. If a national election in Serbia were held next week, the ruling Serbian Progressive Party (SNS) led by president Aleksandar Vučić would win 57% of the vote, and 12% of the electorate would support a united opposition coalition comprising the Freedom and Justice Party, the People’s Party, the Democratic Party and the Free Citizens’ Movement, a survey carried out by the Faktor Plus agency published on Monday found.

The poll showed that the progressives’ coalition partner, the Socialist Party of Serbia, a new Green alliance and the right-wing NADA (Hope) coalition would cross a 3% electoral threshold, with 9.3%, 7% and 4.3% of the vote, respectively. The ultra-nationalist Serbian Radical Party would get 1.4% of the votes.

Some 50% of the respondents would go to the polls, and 33% said they would not vote. When asked about the ongoing protests in Serbia, 46% of those surveyed described them as environmental, 32% felt they were political, and 7% believed that they were a “general popular revolt.” The survey was conducted from 10-16 December on a sample of 1,200 citizens. (EURACTIV.rs | betabriefing.com)

Average salary hits €500. The average paid net salary in Bosnia and Herzegovina in October amounted to 1,007 Bosnia-Herzegovina convertible marks, equivalent to €500 and was 2% higher than in December last year.