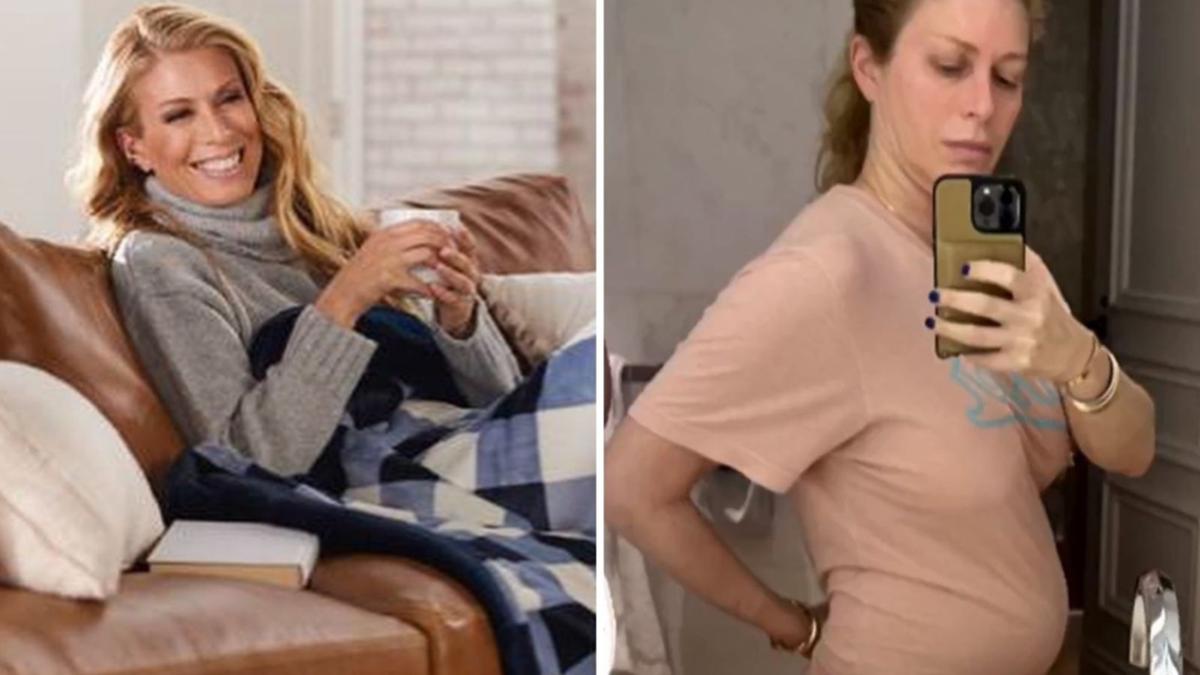 Three weeks ago was the first time I called in sick to work.

I have never taken a sick day – ever. And I have been working since I was 16 years old, so you know something was wrong.

WATCH IN THE VIDEO ABOVE: Jill shares her story

But that day, for the first time in my life, I was just in too much physical pain to go to work.

In fact, I have been living in pain for two years.

In 2019, I discovered during a routine gynecological exam that I had fibroids, or noncancerous growths on the uterus.

If you could have seen me on Zoom calls or in TODAY’s greenroom between segments in recent months, you would know I was always looking for a place to plug in a heating pad.

I was suffering all the time. Viewers were asking on social media if I had gained weight or if I was pregnant.

I wasn’t pregnant, but I looked like it: During an exam last August, my gynecologist, Dr Karen Brodman, said that my uterus was the size of someone’s who is four months pregnant.

Fibroids are common. An estimated 20 per cent to 50 per cent of women of reproductive age have fibroids, according to Johns Hopkins Medicine.

My mother has lived with fibroids for years and they have not bothered her.

But for some women, they can cause painful and elongated periods, abdominal discomfort, lower back pain, bowel symptoms and more — even infertility.

They’re especially common among Black women, who are often underdiagnosed and undertreated.

My friend and colleague Sheinelle Jones featured a story about this in her recent MSNBC documentary, “Stories We Tell: The Fertility Secret.”

I know many of you are asking, “Is this what I have?” Well, here were my symptoms: I could not go anywhere without my heating pad.

It hurt to have intercourse. I was physically distorted and bloated – see the photo of my stomach above; yes, that’s a fibroid — and I was in glaring pain most of the time.

Oh, and another fabulous occurrence: When someone would say something funny, I would pee.

“Nobody likes a complainer,” my parents used to tell me when I was growing up. (They still do, actually.) I live by that.

After learning my story, so many people said to me, “You must be in so much pain, but I have never heard you complain.” I don’t complain when something is fixable – I fix it. At first, although my fibroids were painful, they were manageable.

But recently they became so painful that I needed to do something. I researched my options, with help from my fiancé. The good news is that what was wrong with me was fixable.

During our research, we came across something I had never heard of: uterine fibroid embolisation, a minimally invasive treatment in which blood flow is cut off to the fibroids, causing them to decrease in size.

I called my gynecologist and she referred me to Dr Marc Schiffman, a radiologist. I was in his Zoom office days later. We made an appointment to do the procedure

I thought I had two fibroids: one the size of a large grapefruit and the other a bit smaller than that. But the doctor found 18. (My mom said I was always an overachiever!)

We won’t know if the treatment worked until six months from now, but I’m hopeful.

About 9 out of 10 patients who undergo UFE experience significant improvements, or their symptoms go away entirely, according to Johns Hopkins Medicine.

I already see my stomach getting flatter. I’m still in pain, but it’s good pain, because I know I am healing. Dr Schiffman said my body is slowly reabsorbing the tissue. There is inflammation. My body just needs time.

Before discovering this treatment, I thought the only way to fix my pain meant getting a hysterectomy.

After talking with other women who suffer from fibroids, I realised I’m not alone — many of them thought that a major surgery to remove their uterus was their only real solution, too.

But there are other options. And when you are in pain, more often than not, it is time to do something.

I share my story because I think a lot of women don’t know all of their options for fibroid treatment. Dr Schiffman told me that many women suffer for years because they think that surgery is the only solution, and that Black women in particular are less likely to be told of minimally invasive treatment options.

Today I am recovering. I took time off, which was put to good use.

Sometimes you just need to take time and rest. It is so important to normalise that it is OK to not be OK.

I feel like we all need to give ourselves – and others – a bit of a break.

Walking without pain now feels like a luxury. So does not having to plan my days around having a bathroom in my near vicinity at all times. Having this (almost! hopefully!) in the rearview mirror is a blessing.

One of the most important lessons I learned through this experience and wanted to share is that it is up to each of us to be our own advocate, to make the best decisions to live healthy and happy lives – and to always be your own best friend.

That, actually, is perhaps the best lesson my mother taught me.

Tina took a DNA test to find her lost grandad. Instead she discovered she’d been switched at birth