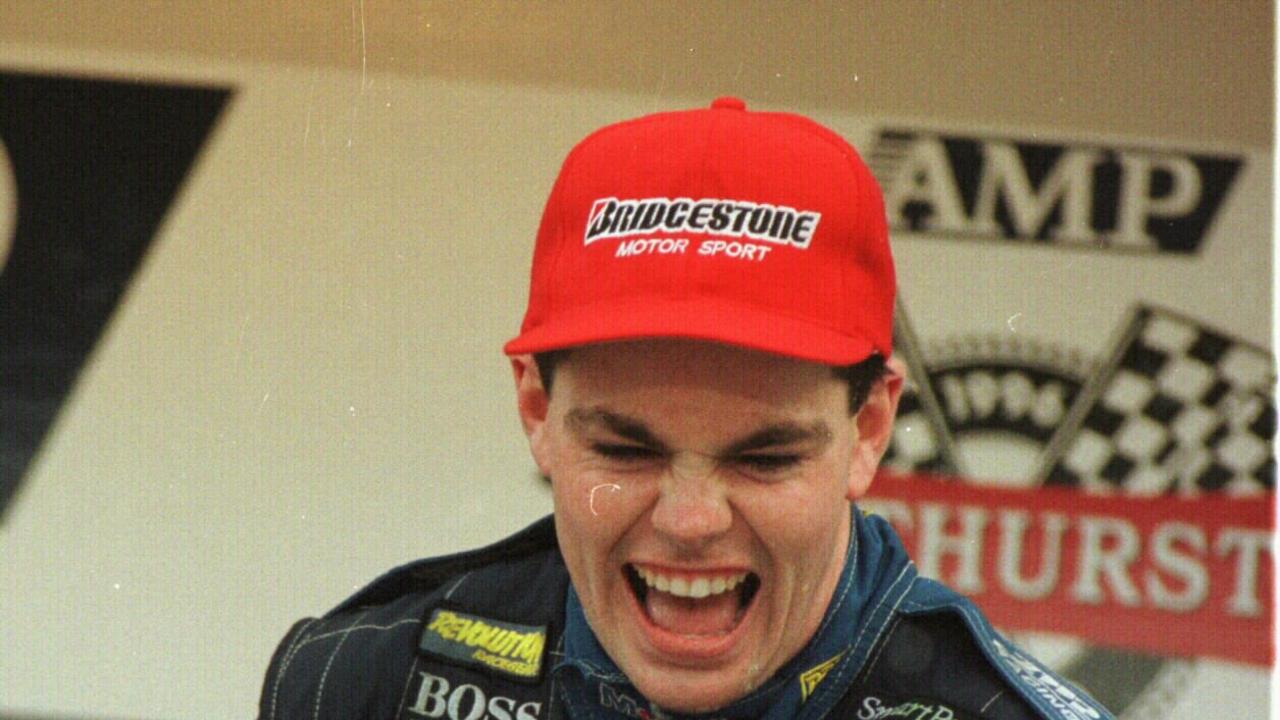 It was the stunning Bathurst debut that almost never happened.

Back in 1994, a then 20-year-old Craig Lowndes took the motorsports world by storm.

Lowndes may now be a household name but at that point he was a relatively unknown prospect, tasked with challenging already established drivers John Bowe and Dick Johnson.

For Walkinshaw, German Armin Hahne was preferred as the last-minute substitute alongside lead drive Brad Jones.

Yet when Rickard Rydell was a late withdrawal, former manager Jeff Grech got his way and had Lowndes earn his first opportunity at Bathurst.

It was on that day that a star was born and the Lowndes legend found its roots.

“I wasn’t meant to finish the race,” Lowndes said on Fox Motorsports’ ‘Lowndes at The Mountain’ with Jess Yates.

“It was always earmarked for Brad [Jones], he was the lead driver.

“I remember going to Bathurst, I’d only been there once in a production car so I’d never really driven a supercar around there at the time. I struggled.

“I think even Brad was even shaking his head thinking: ‘Why have they put this young kid in there with me’. This was actually for me when it all turned around.

“Peter Brock sat me down and talked me through a lap of Bathurst. From that moment on it all went from strength to strength for me. This was me jumping in and having the fight of my life in ultimately what kickstarted my career.”

Johnson and Bowe would end up winning the race, with the Lowndes finishing in second but it was not without a fight from the then-rookie challenger.

Stream every practice, qualifier & race of the 2021 Repco Bathurst 1000 Live & On-Demand on Kayo with no ad-breaks during racing. New to Kayo? Start your free trial now >

“[The battle was] incredible,” Lowndes said.

“It was one of those moments where it goes down in history. To go toe-to-toe with John. I’d looked up to these guys, even Peter Brock, Dick Johnson, John Bowe, it was everyone and anyone there. The battle was immense.

“I was so nervous to make a mistake. Going across the top of the mountain it was just trying to pinpoint where Peter had told me to place the car, to flow the car, doing everything right. I started to focus on his [Bowe’s] lines and what he was doing.”

Lowndes struggled to recall much about his time on the podium or what exactly he said.

“I cannot remember a word,” he laughed.

He can remember one detail though.

“I was so excited and at that point it really set my career up. But again, 12 months prior I was sitting at home waiting for an opportunity.”

There is just the one rookie who will get that opportunity this weekend – Tickford Racing’s Zak Best.