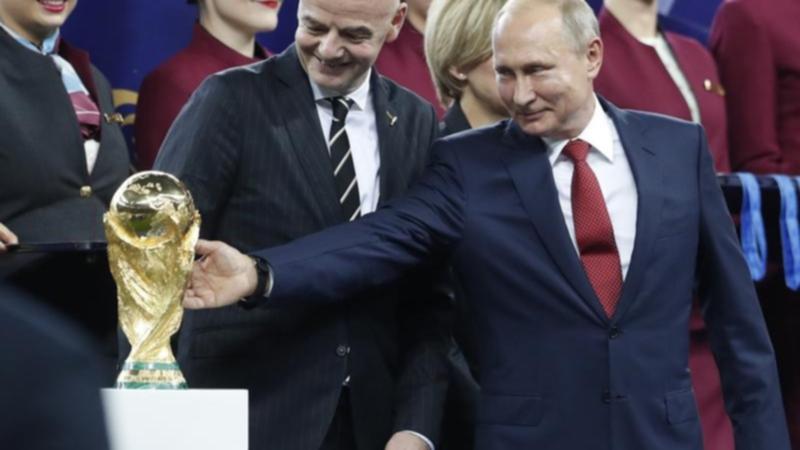 The Russian Football Union (RFU) will appeal to the Court of Arbitration for Sport (CAS) against the decisions by FIFA and UEFA to bar Russian teams from international competitions over Moscow’s invasion of Ukraine.

The union said in a statement on Thursday it would file one lawsuit against the two governing bodies to demand that Russian men’s and women’s national teams be allowed to compete, including in qualifying for this year’s World Cup in Qatar.

FIFA and UEFA had decided together this week that all Russian teams, whether national or club sides, will be suspended from participation in FIFA and UEFA competitions until further notice.

“The RFU will demand the restoration of all men’s and women’s national teams of Russia in all types of football in the tournaments in which they took part (including in the qualifying round of the World Cup in Qatar), as well as compensation for damage,” the RFU said.

“In order to ensure the possibility of the participation of Russian teams in the next scheduled matches, the RFU will insist on an expedited procedure for considering the case.”

Russia were scheduled to host Poland in a men’s World Cup qualifying playoff on March 24, with the winners set to play Sweden or the Czech Republic five days later. All three teams had refused to play against Russia.

“If FIFA and UEFA refuse such a procedure, a requirement will be put forward for the introduction of interim measures in the form of suspension of FIFA and UEFA decisions,” the RFU added.

Russia hosted the last World Cup in 2018 with the final held in Moscow and attended by Russian president Vladimir Putin.