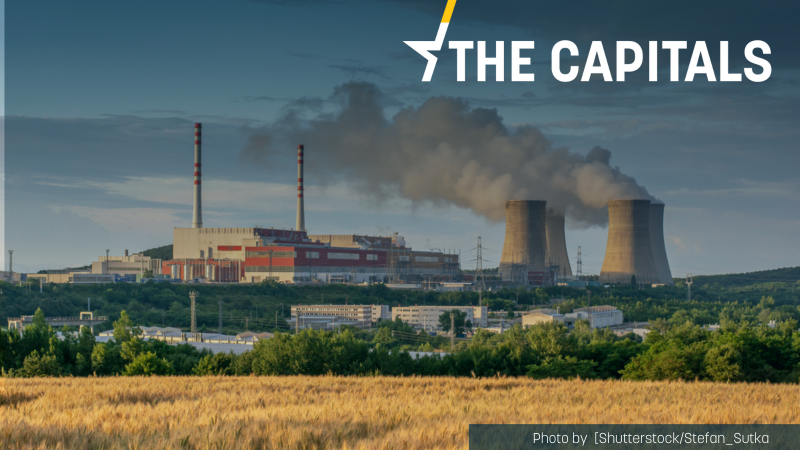 We also urge our German readers to subscribe to our new Europa Kompakt newsletter to receive the latest news and exclusives in German!

A plane carrying fuel for two Slovak nuclear power plants landed in Slovakia on Tuesday despite the country’s airspace being closed to Russian planes. The economy ministry confirmed that an aircraft of the Volga Dnepr company had carried nuclear fuel. Read more.

Austrian bank to take biggest blow from sanctions. Raiffeisen Bank International (RBI) could close its entire business in Russia, which accounts for around a third of its revenue with experts saying it is the European bank that will suffer the most from the sanction package against Russia. Read more.

Weimar Triangle stresses unity over Ukraine. The Weimar Triangle of Poland, France, and Germany has united behind the common cause of supporting Ukraine following a meeting of the three foreign ministers. Read more.

UK widens refugee scheme following criticism. The UK government has revised its stance on Ukrainian refugees after facing criticism that its offer of assistance was less generous than the European Union. Read more.

Ukrainian refugees to live on same terms as EU citizens in Ireland. Refugees fleeing the war in Ukraine will receive a special status allowing them to work and live in Ireland on the same terms as EU nationals, Foreign Minister Simon Coveney has said. Read more.

Close to one million Ukrainian refugees expected to arrive in Italy. Between 800,000 and 900,000 refugees will likely arrive in Italy due to the escalation of Russia’s invasion of Ukraine, Fabio Prevedello, the chairman of the Maidan Italian-Ukrainian association, told news agency ANSA on Tuesday. Read more.

EU Parliament regrets Serbia not harmonising with EU’s Russia sanctions. Serbia’s failure to harmonise with the EU’s sanctions against Russia is regrettable and hurts the country’s accession process, according to a draft resolution on Ukraine which MEPs are set to vote. On the other hand, Montenegro, also an EU candidate, will fully align with EU foreign on the matter. Read more.

BiH deeply divided on Independence Day. Independence Day, celebrated on 1 March in Bosnia and Herzegovina, was only observed in the Federation entity and not in Republika Srpska, highlighting the deep division in the country. Read more.

Kosovo bans Russian media amid Ukraine invasion. TV broadcasting companies in Kosovo have started the withdrawal of Russian channels following a decision from the Independent Media Commission in the hopes of quelling the spread of Russian propaganda. Read more.

Albania receives last Russian wheat shipment amid sanctions. Amid wide-ranging sanctions imposed on Russia by the EU and also Albania, the last shipment of Russian wheat has arrived in the country on Tuesday. Read more.