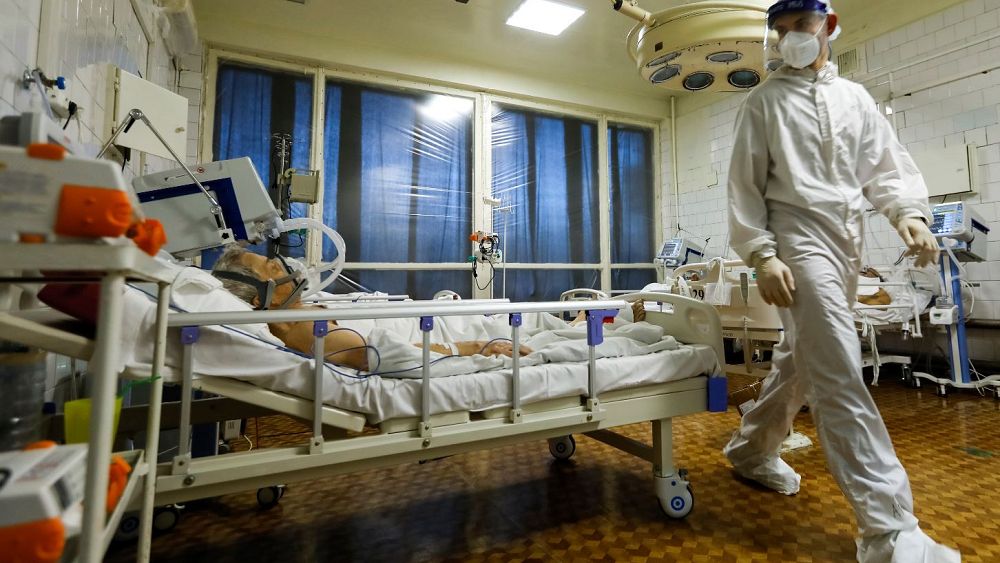 Eleven leading doctors signed the open letter on Wednesday, calling on the public figures to see the effects of the virus firsthand.

The letter was addressed to a dozen of the loudest anti-vaccine voices that have spread doubts about coronavirus jabs on social media.

“We are all a bit busy at the moment and you can guess why,” said Denis Protsenko, chief physician at Moscow’s main hospital treating COVID-19 patients.

“But since many people are reading and listening to you, we will find time to arrange a tour of the ‘red zones’, intensive care and pathology departments for you.”

“Maybe after that, you will change your mind and fewer people will die,” the letter added.

Russia has registered more than 1,000 deaths from coronavirus each day for weeks, as well as record daily infections.

In total, the coronavirus task force has reported nearly 9.4 million confirmed infections and more than 267,000 COVID-19 deaths, by far the highest death toll in Europe. Some experts believe the true figure is even higher.

The spike has been blamed on low vaccination rates and lax public attitudes towards precautions. Just 37.2% of Russian adults are fully inoculated against the virus despite appeals from President Vladimir Putin.

The open letter by doctors — published by the state-run TASS agency — was addressed to celebrities who they say have fuelled vaccine hesitancy.

One of those addressed was TV personality Oskar Kutchera, who has 300,000 followers on Instagram and has openly questioned the effectiveness of the vaccines.

Others include actor Egor Beroev — who compared vaccination certificates to the yellow stars that Jews were forced to wear in the Nazi era — and rock star Konstantin Kintchev, who said he did not want to “live in a digital concentration camp”.

Genyadny Zyuganov, the leader of Russia’s Communist party that has organised protests against mandatory vaccinations, was also addressed in the letter.

“We live in an age where the opinion of professionals in any industry can be easily dispelled by some famous person,” Protsenko said on Telegram.

“Soon it will be two years since all my colleagues from different regions, doctors, nurses, have not left the red zone and are fighting for every patient,” he added.

“It is a real war, we are losing more than a thousand people every day who have not prepared their bodies to face the deadly virus.”

Protsenko added that the consequences of misinformation about COVID-19 vaccines were “scary”.

“All of you who doubt the power of vaccination, argue about restrictive measures, and publicly mislead your supporters simply do not have the moral authority to ignore our open letter.

“I am sure that after visiting our red zones you will change your attitude and be on the side of medical common sense.”

The Kremlin has welcomed the initiative and has labelled the signatories as “hero doctors”.

“Let’s hope that their authority will help at least some of these people to change their minds,” said spokesperson Dmitry Peskov.