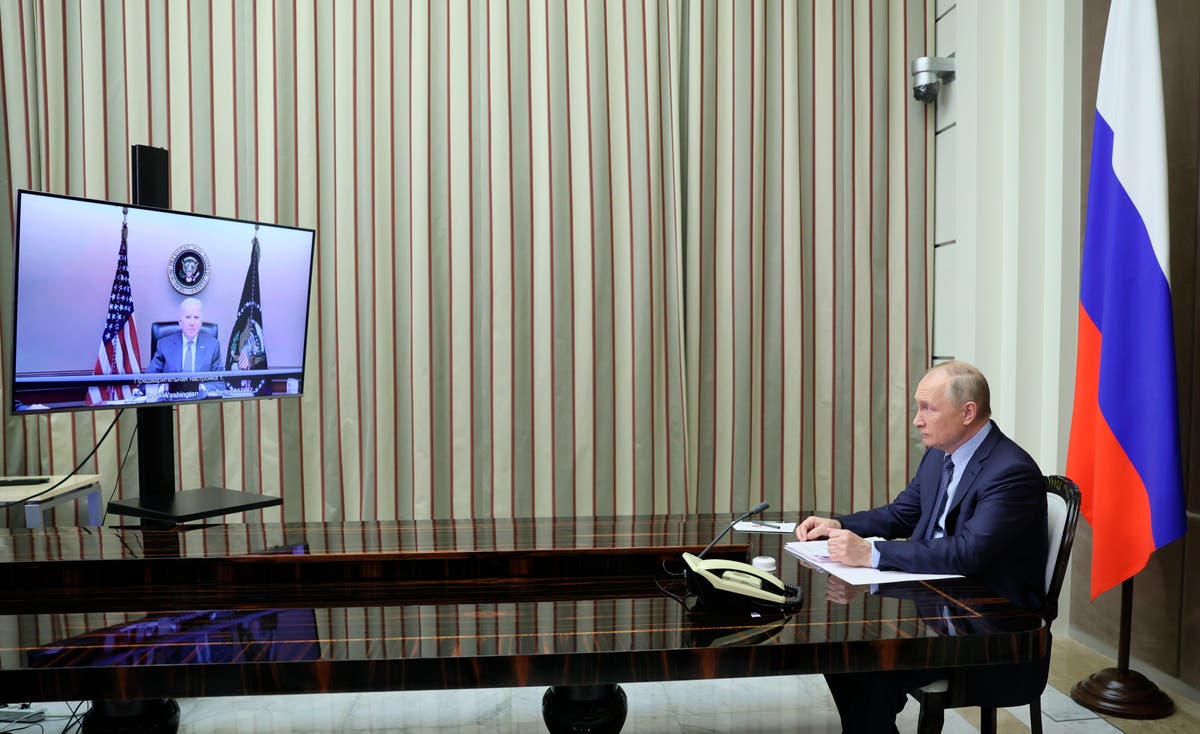 Russia s military warned the Ukrainian government Thursday against trying to settle a separatist conflict in eastern Ukraine with force, a statement that adds to the tensions sparked by a Russian troop buildup near the Ukrainian border.

Officials in Ukraine and the West have said the amassing of troops may indicate plans by Moscow to invade its ex-Soviet neighbor, but Russian officials have repeatedly denied harboring such plans.

Gen. Valery Gerasimov chief of the Russian General Staff, called media reports about Russia allegedly preparing an attack on Ukraine “a lie” and charged that Ukraine is to blame for escalating tensions in its war-torn eastern industrial heartland, known as Donbas, by deploying new weapons there.

Gerasimov warned Kyiv against using force in the area. “Any provocations by Ukrainian authorities to settle the Donbas problems with force will be suppressed,” he said at a briefing with foreign military attaches.

Russia and Ukraine have been locked in a bitter tug-of-war since 2014, when Moscow annexed the peninsula of Crimea and threw its weight behind a separatist insurgency in eastern Ukraine. The fighting between Ukrainian forces and Russia-backed rebels has since killed more than 14,000 people.

Ukraine and the West accused Russia of sending its troops and weapons to back the separatists, which Moscow has repeatedly denied, with the Kremlin insisting that Russia is not a party to the conflict.

Tensions have reignited again this year amid reports of a Russian troop buildup near Ukraine’s border, which Ukrainian and Western officials feared could indicate Moscow’s plan to invade its ex-Soviet neighbor.

President Joe Biden said this week the U.S. would take a more direct role in diplomacy to address Russian President Vladimir Putin’s concerns over Ukraine and Europe at large, part of a broader effort to dissuade the Russian leader from ordering a destabilizing new invasion of Ukraine.

U.S. intelligence officials have determined that Russia has stationed about 70,000 troops near its border with Ukraine and has begun planning for a possible invasion as soon as early next year.

Moscow has denied plans to attack Ukraine and in turn blamed Ukraine for its own military buildup in the war-torn east, alleging that Kyiv might try to reclaim the areas controlled by the rebels by force. Ukrainian officials have denied an intention to do so.

Putin has urged the West to provide guarantees that would preclude NATO from expanding to Ukraine and discussed the tense situation around Ukraine with Biden on Tuesday.

Biden, as well as officials in Europe, warned Putin that Russia could face painful economic consequences if it invades Ukraine.