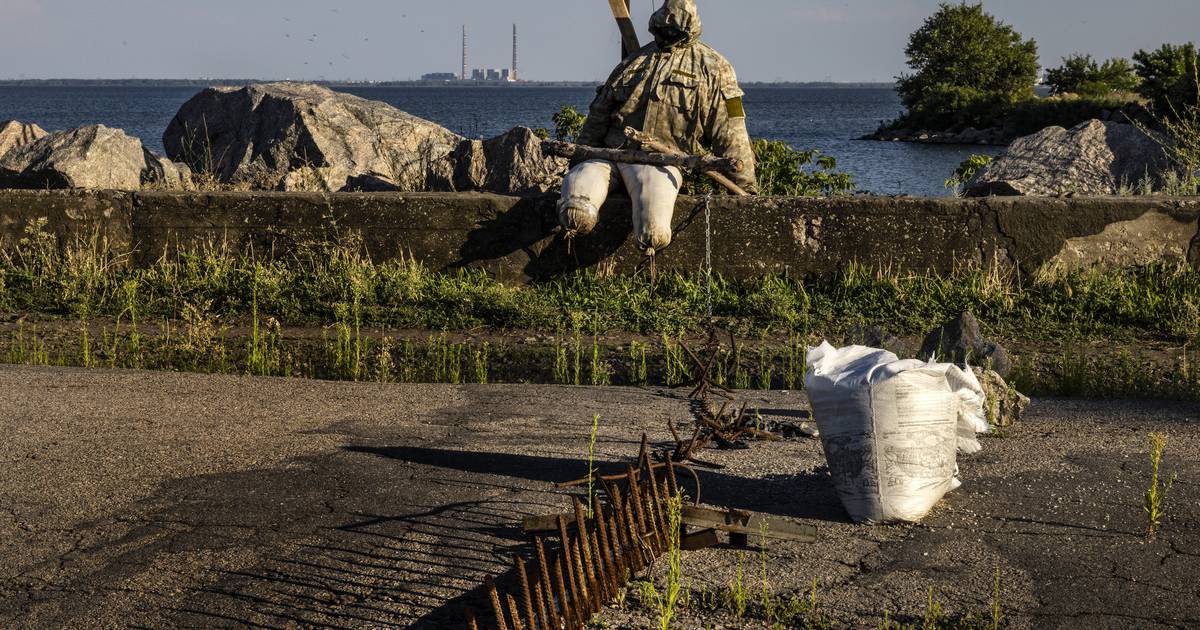 The United States has accused Russia of using Ukraine’s biggest nuclear power plant as a “nuclear shield” by stationing troops there, preventing Ukrainian forces from returning fire and risking a nuclear accident.

Secretary of State Antony Blinken said the United States was “deeply concerned” that the Zaporizhzhia plant, which Russia was accused of firing shells dangerously close to in March, was now a Russian military base used to fire on nearby Ukrainian forces.

“Of course the Ukrainians cannot fire back lest there be a terrible accident involving the nuclear plant,” Mr Blinken told reporters after nuclear nonproliferation talks at the United Nations in New York on Monday.

The United States announced on Monday a new tranche of weapons for Ukraine’s forces, including ammunition for increasingly important rocket launchers and artillery guns.

Elsewhere, the first ship to carry Ukrainian grain through the Black Sea since Russia invaded five months ago left the port of Odesa for Lebanon on Monday under a safe passage deal.

The sailing was made possible after Turkey and the United Nations brokered a grain and fertiliser export agreement between Russia and Ukraine last month — a rare diplomatic breakthrough in a conflict that has become a drawn-out war of attrition.

The Sierra Leone-flagged ship Razoni will head to the port of Tripoli, Lebanon, after passing through Turkey’s Bosphorus Strait linking the Black Sea, which is dominated by Russia’s navy, to the Mediterranean. It is carrying 26,527 tonnes of corn.

Known as Europe’s breadbasket, Ukraine hopes to export 20 million tonnes of grain held in silos and 40 million tonnes from the harvest now under way, initially from Odesa and nearby Pivdennyi and Chornomorsk, to help clear the silos for the new crop.

Russia called the Razoni’s departure “very positive” news, but it has denied responsibility for the food crisis, saying western sanctions have slowed its exports and accusing Ukraine of laying underwater mines at entrance of its ports.

Russia and Ukraine accuse each other of laying the mines that now float around the Black Sea.

Signalling a deepening energy row between Russia and Europe, Russia on Monday said there was little it could do to help with urgent repairs to the Nord Stream 1 gas pipeline, its main gas pipeline to Europe, following further falls in Gazprom production and exports.

Gas from Russia met about 40 per cent of European needs before Russia sent troops into Ukraine. Russia cut gas supplies via Nord Stream 1 to just 20 per cent of capacity last week, saying a turbine sent to Canada for maintenance had not been returned and other equipment needed repair.

Russia invaded Ukraine in what it called a “special operation” to demilitarise its neighbour. Ukraine and Western nations have dismissed this as a baseless pretext for war.

After failing to capture the capital Kyiv early in the war, Russia now aims to capture the eastern Donbas region, made up of Donetsk and Luhansk, partially occupied by Russia-backed separatists before the invasion, and capture more of the south, having already annexed Crimea from Ukraine in 2014.

Ukrainian presidential adviser Oleksiy Arestovych told media about 22,000 Russian troops were preparing to advance on the cities of Kriviy Rih and Mykolaiv, where a “sufficiently large” Ukrainian force lay in wait.

In Kherson region, which is mostly under Russian control, Ukrainian troops had liberated some 50 towns, said Yuri Sobolevsky, deputy head of the ousted Kherson regional council.

Reuters was unable to verify the battlefield report.

Serhiy Gaidai, governor of Luhansk region, which is nearly all under Russian control, said foreign fighters were arriving to help Russian forces.

Russian private military firm Wagner has likely been given responsibility for sectors of the front line in eastern Ukraine, possibly as Russia is facing a shortage of infantry, Britain’s Ministry of Defence said last week.

According to the agency, the greatest amount of cases have been documented in the regions of Luhansk, Donetsk, Zaporizhzhia and Kherson.

Ukraine’s prosecutor general’s office also released a statement, saying an investigation is under way into more than 600 prosecutor’s office employees who crossed the border after February 24th, 2022. “The work of detecting traitors during the war is a question of the security of our state,” the statement said.

The office added that five prosecutors and three public officials have so far been reported of suspicion.