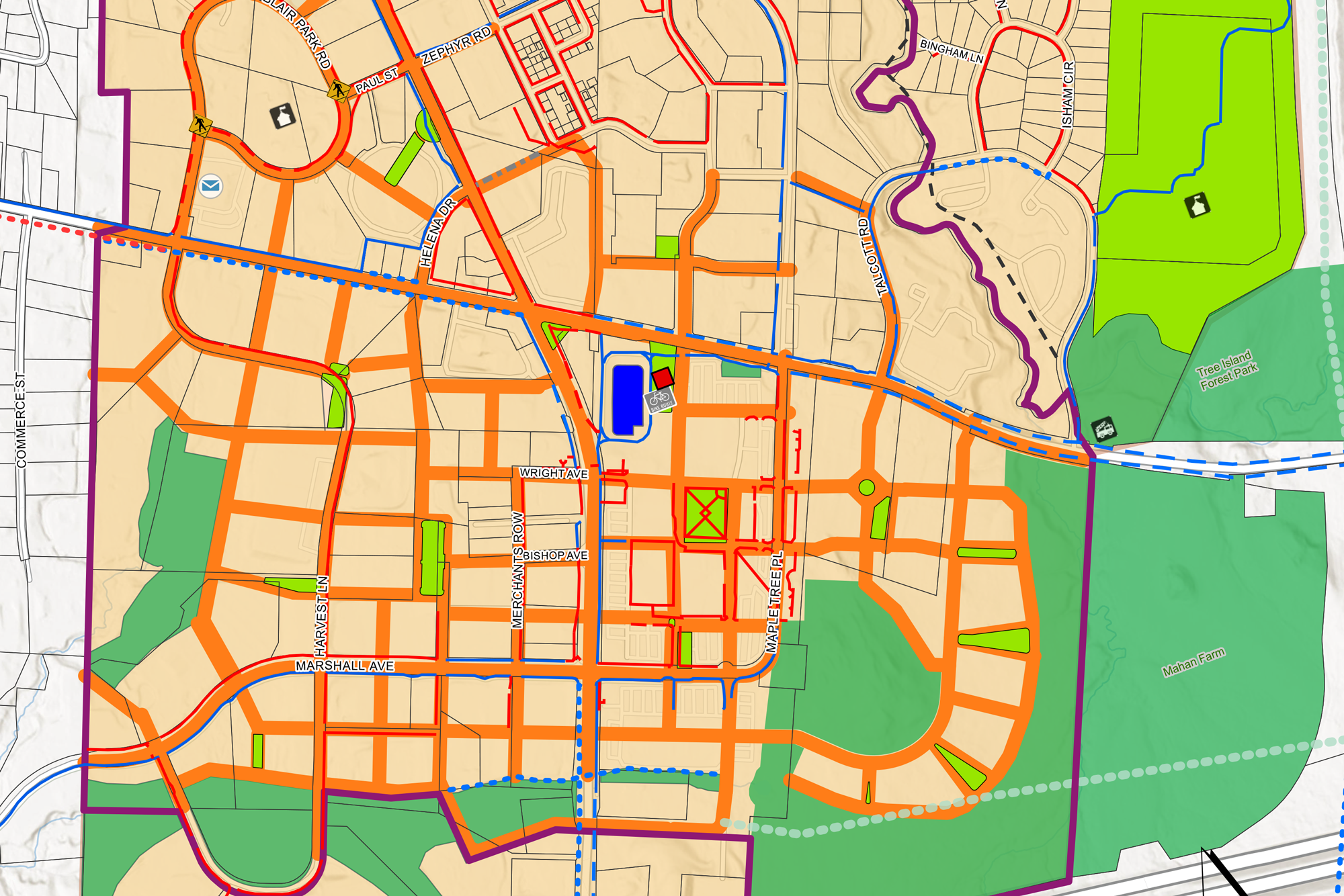 Williston residents have a lot to say about the town’s plan to rezone its central shopping area, Taft Corners.

Streetscape, walkability, housing, building height, traffic and parking are among the issues they brought up at a Tuesday meeting attended by roughly 80 people.

Town officials hope to redesign what is now a busy shopping center with big-box stores and parking lots into a walkable, bike-friendly neighborhood with housing, shops and block-style streets with trees and parks. It would replace the existing commercial, residential and industrial districts with mixed-use development.

After two years of work, the planning commission submitted a new form-based code proposal to the Selectboard for the 1,000-acre area around the intersection of Routes 2 and 2A and the Exit 12 interchange at Interstate 89.

A public hearing on the proposed zoning code drew more than 30 residents in person and about 50 virtually at Tuesday’s Selectboard meeting. Many more submitted letters to the Selectboard.

“It’s good to have the community engaged over these discussions,” Town Manager Erik Wells said, calling it a “really good turnout.”

Many residents approved of the form-based code supporting “a design-conscious downtown with a strong pedestrian orientation,” as Boulanger described in a letter to the board.

This type of code puts more emphasis on creating requirements for the physical appearance of buildings, rather than dictating their uses.

Others opposed the idea, including the three biggest developers in the area.

Jeffrey David and Jeffrey Nick of the Tafts Corners Associates wrote on June 2 that the process using an outside consultant and a limited survey has been flawed and that the draft zoning amendment “will harm existing businesses, discourage new development and ultimately weaken the Taft Corners tax base.”

Alfred Senecal of Allen Brook Development who owns an 80-acre parcel that would be impacted by the rezoning wrote in a June 3 letter that he shares the town’s vision of a vibrant mixed-use development, but said it’s an expensive option that would drive up the cost of development.

“I believe this plan is well intentioned but has just missed the mark,” Senecal wrote.

Chelsea Place resident Andy Patterson wrote to the board to say he strongly supports the new code but hopes it won’t look like the Finney Crossing development.

“I am astounded … the developers have the temerity to insist that they have the right to continue building a dysfunctional community. Actions have consequences, and the developers of Finney Crossing have by their actions necessitated that we raise the bar,” he said.

In a similar vein, Carol Burbank, who has lived in town for almost 55 years, said, “I hope consideration can be made for the benefit of the people that live here and not what the developers wish.”

Some residents, however, are concerned about density and do not want to see buildings that are three to five stories high.

Jacqueline Ward wrote to say she is all for “lovely housing” but not for turning Williston “from a town into a city with large buildings.”

Tim and Marla McQuiston, who bought a house in Williston in 1996, said they are in favor of the code but could not afford to buy there today. They hope the new zoning will encourage affordable housing and build “communities of accessible and comfortable homes for mixed ages, retirees, people with disabilities and young families, with parks and services within easy walking distance.”

The Selectboard expects to make a decision on the proposed amendments in the coming weeks. Any substantial changes would require another public hearing before they can be adopted.

Since at least 1990, the town plan has called for Taft Corners to be a “vibrant, mixed use downtown area with a strong pedestrian orientation.” A vision plan created in 2021 identified several elements after a series of public meetings.

To make that a reality, however, the town will need to do more than change its zoning. For example, Williston faces some significant limitations in wastewater treatment capacity, according to Boulanger, and the redesign would have to take that into consideration.

As the Selectboard considers the public comments received so far, the main challenge is to balance different interests, according to Chair Terry Macaig.

“Some people are totally on board with what’s been proposed. Others are totally opposed. Then there are people in the middle who have some suggestions. We seem to see a number of people who are opposed to the higher buildings that are being proposed for that area. So that’ll be a major consideration that we’ll be taking a look at,” he said.

Boulanger said he is excited to see what plans are proposed for new buildings.

“We have had some sort of cautious interest by property owners in the district who are imagining developing or redeveloping a lot under this code,” Boulanger said.

And it’s been interesting to hear from landowners, architects, engineers about what they are imagining under the new set of rules proposed, he added.

“It’s really fun to spend a morning looking at a real site in Taft Corners and then imagining the building that might be there someday and what that might do for the community,” Boulanger said.

Want to stay on top of the latest business news? Sign up here to get a weekly email on all of VTDigger’s reporting on local companies and economic trends. And check out our new Business section here.