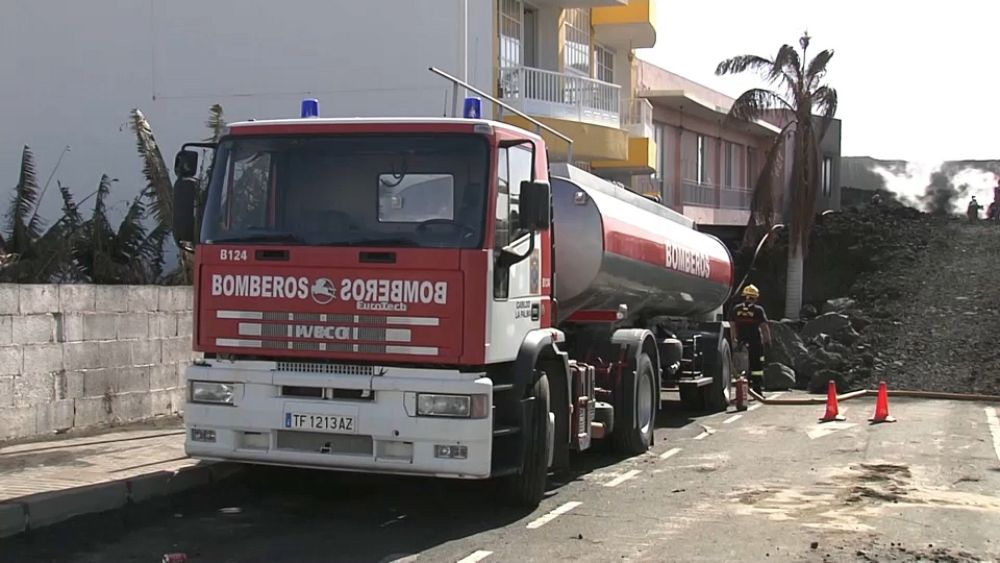 In the district of La Laguna, on the island of La Palma, excavators continue to dig their way through the lava flows, with the aim of restoring connections as soon as possible.

The long process of reconstruction is underway in the Canary Islands after a volcanic eruption that lasted almost 100 days.

The eruption of the Cumbre Vieja volcano, which began on September 19, finally came to an official end on December 25.

Excavators are now building a platform from which to work, while firefighters pour water on the solidified lava, still steaming hot.

Only a few metres separate the buildings which have been spared by the lava flow, from those which have not.