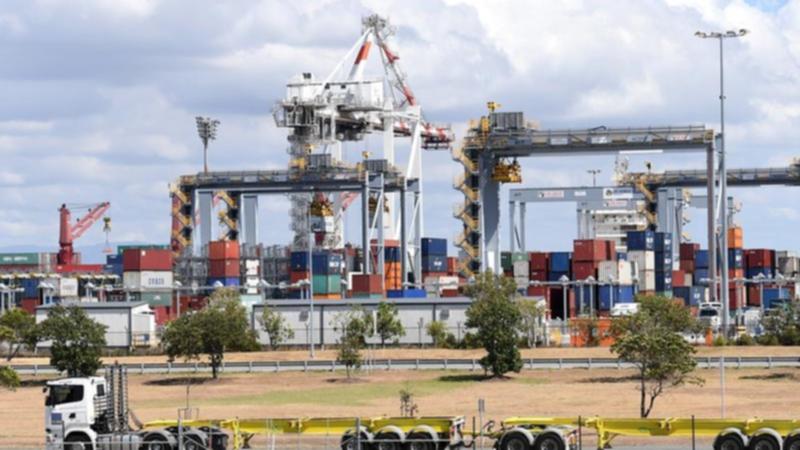 Two Queensland men are due to face court over a bid to smuggle half a tonne of cocaine into Australia in shipping containers.

The men, aged 26 and 28, will face the Brisbane Magistrates Court on Friday charged with possessing commercial quantities of an unlawfully imported border-controlled drug.

The drugs had an estimated street value of $124 million.

The arrests follow an investigation by the Queensland National Anti-Gangs Squad and come after the Australian Federal Police were made aware of two illegal shipments of cocaine bound for the Port of Brisbane in May and June 2020.

Police allege the men are close associates with international and domestic members of the Comanchero and Lone Wolf outlaw motorcycle clubs.

The men are accused of retrieving 400kg of cocaine from a stash of 490kg hidden inside a shipping container between May 8 and 12, 2020.

Between June 1 and 14 last year the men also allegedly tried to retrieve 48.5kg of cocaine they believed to be in a container at the Port of Brisbane, after it had arrived from Panama via Ecuador and Belgium.

Belgian authorities at the Port of Antwerp found 42 small packages filled with white powder hidden inside the refrigerated container.

They seized the bags after they tested positive for cocaine.

The container then arrived in Brisbane via the UAE and Singapore, where the men allegedly made multiple visits to search for it at various yards, eventually finding and entering it.

Police allege the pair travelled from the Gold Coast in a white van registered in Western Australia and replaced the number plates with cloned Queensland number plates when they were close to the Port of Brisbane.

On June 17 this year police searched a property in Inverell in northern NSW linked to the 28-year-old man and found the white van inside an abandoned fossicking shack.

“The piecing together of information, from a variety of sources between here and the source and trans-shipment zones across the world, demonstrates the formidable strength and reach of our global law enforcement network” he said.