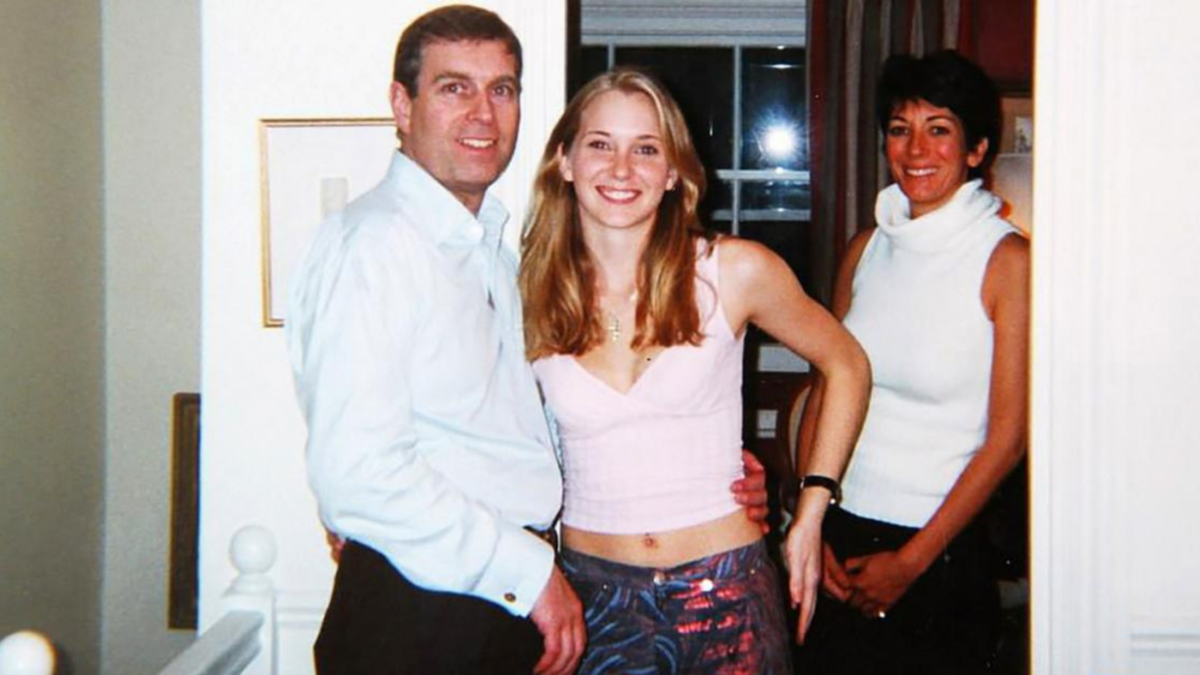 Prince Andrew is facing the prospect of a trial in a very public civil lawsuit for sexual abuse later this year, after losing his attempt to have Virginia Giuffre’s case against him thrown out.

It is an unprecedented situation for a senior British royal – the third child (and reportedly the favourite son) of Queen Elizabeth II – and sets up a dramatic series of legal proceedings that will attract attention around the world and could have major ramifications for Buckingham Palace.

Watch the video above to see more about a secret deal between Prince Andrew’s accuser, Virginia Giuffre, and Jeffrey Epstein

Giuffre alleges that she was trafficked by convicted sex offender and disgraced financier Jeffrey Epstein and forced to perform sex acts with the royal – claims that Andrew denies.

Giuffre brought her case under the Child Victims Act, a state law enacted in New York in 2019 which expanded the statute of limitations in child sex abuse cases to give survivors more opportunities to seek justice.

An attorney for Giuffre told CNN in August 2021 that filing the civil case was to show “all perpetrators of abuse should be held accountable”.

She is seeking damages “in an amount to be determined at trial” as well as attorneys’ fees and other further relief “as the Court may deem just and proper,” according to the lawsuit.

Andrew’s attorneys filed a motion to dismiss late last year, but that effort failed on Wednesday and they must now prepare the prince to face a New York court.

In his ruling, judge Lewis Kaplan wrote that “Giuffre’s complaint is neither ‘unintelligible’ nor ‘vague’ nor ‘ambiguous.’ It alleges discrete incidents of sexual abuse in particular circumstances at three identifiable locations. It identifies to whom it attributes that sexual abuse.”

The prince’s reputation has already been severely tarnished by his relationship with Epstein – and his friendship with Epstein’s former partner, Ghislaine Maxwell, who was convicted in December for her role in facilitating Epstein’s abuse.

Here’s what you need to know about the case, and what comes next.

What are Virginia Giuffre’s claims?

Giuffre, an alleged victim of Epstein, says she was forced to perform sex acts with Andrew.

She says she was trafficked by Epstein and forced to have sex with his friends – including the prince – at a time when she was underage (17) in the US.

Giuffre says the assaults happened in London, New York and the US Virgin Islands, that Andrew was aware she was a minor at the time, and that she had been trafficked by Epstein.

In claims made prior to filing her lawsuit, Giuffre alleged that in 2001 Epstein brought her to London, where she was introduced to Prince Andrew and went dancing at a nightclub with Epstein, his then-girlfriend Ghislaine Maxwell and the prince.

In a BBC interview broadcast in 2019, Giuffre said she had been taken to the Tramp nightclub where, Giuffre alleged, Andrew asked her to dance and was “sweating all over me”.

‘I can absolutely categorically tell you it never happened.’ – Prince Andrew

“I have no recollection of ever meeting this lady, none whatsoever.”

He claimed in the same interview that he could not sweat, due to a rare medical condition, and that on the night he is alleged to have had sex with Giuffre, he was in fact taking his daughter to a party at a Pizza Express restaurant in Woking, southwest of London.

Giuffre’s lawyers asked Andrew in court filings to provide documents proving both of those claims.

But Andrew’s team responded that he was unable to do so, because he has no documents proving a medical condition that prevents sweating, and could not identify anyone he encountered at the pizza restaurant.

Where do things stand in the court case?

When the lawsuit was filed in August, Giuffre’s lawyers said the damage from the alleged incidents was “severe and lasting”.

Andrew’s legal team asked for the lawsuit to be dismissed, saying it violated the terms of a confidential settlement agreement Giuffre made with Epstein in 2009.

That settlement was unsealed on January 3; it shows that Epstein paid Giuffre $US500,000 to drop the case without any admission of liability or fault, and that Giuffre agreed to “remise, release, acquit, satisfy and forever discharge” parties and “any other person or entity who could have been included as a potential defendant”.

It does not explicitly name Andrew or any others.

Andrew lost that effort on Wednesday; Kaplan ruled that “the 2009 agreement cannot be said to demonstrate, clearly and unambiguously, the parties intended the instrument ‘directly,’ ‘primarily,’ or ‘substantially,’ to benefit Prince Andrew”.

It was not their first attempt to have the lawsuit dismissed; in September Andrew’s lawyers claimed the papers had not been properly served and that the case should be thrown out as a result.

Now Andrew has until July 14 to potentially answer questions about the case under oath, following a ruling made by Judge Lewis A. Kaplan last year.

The scheduling order signed by the judge in New York means that if lawyers for Giuffre want to question Andrew, they must do so outside of court and submit the interview by that date.

What is Prince Andrew’s legal defence?

Andrew has denied the allegations against him.

Andrew’s attorneys have also attempted to shift the narrative, alleging in a blistering court filing in October that Giuffre’s claims are motivated by money.

CNN contacted Giuffre’s lawyers in relation to the fresh claims; in their initial filings for the case, her attorneys said Andrew had inflicted “emotional distress” on Giuffre that was “severe and lasting”.

“Giuffre has initiated this baseless lawsuit against Prince Andrew to achieve another payday at his expense,” Andrew’s lawyers wrote in the documents filed on October 29 – the clearest sign yet that they are planning to go on the offensive as they battle to save the reputation of the Queen’s third child.

The documents acknowledge that Giuffre “may well be a victim of sexual abuse at the hands of Jeffrey Epstein … and nothing can excuse, nor fully capture, the abhorrence and gravity of Epstein’s monstrous behaviour against Giuffre, if so”.

But the papers also seek to paint Giuffre as money-driven and accuse her of “willful recruitment and trafficking of young girls for sexual abuse”.

They allege that Giuffre “was trained to and did, in fact, recruit other young women into Epstein’s sex trafficking ring,” and has since “milked the publicity for all she could”, a dramatic escalation in the case that hinted at an unsavoury round of legal battles ahead.

Giuffre’s lawyer, David Boies, did not respond at the time to CNN’s request for comment on the allegations in the court documents filed by Andrew’s lawyers.

In her lawyers’ initial filing, Giuffre said she feared disobeying Epstein, Maxwell and Prince Andrew “due to their powerful connections, wealth and authority”.

“Most people could only dream of obtaining the sums of money that Giuffre has secured for herself over the years,” Andrew’s lawyers said in their October 29 document.

“This presents a compelling motive for Giuffre to continue filing frivolous lawsuits against individuals such as Prince Andrew.”

Will Prince Andrew have to face questions himself?

Andrew has previously been accused of not cooperating with attempts to interview him as part of the investigation into the alleged sex trafficking ring Epstein and Maxwell are alleged to have operated.

As Giuffre’s court case continues, he will likely have to reckon with the mid-July deadline to answer questions under oath.

Until then, though, he is not scheduled to appear in court and is unlikely to speak to the media about the case.

The prince stepped back from public duties and has kept a relatively low public profile since a much-derided television interview with the BBC’s Newsnight program in November 2019.

What does this mean for the royal family?

In their motion to dismiss the case, his lawyers acknowledge his “sullied reputation”.

Facing pressure from the public and the media in the wake of the Newsnight interview, the Prince stepped back from royal duties in late 2019.

Aside from the days following the death of his father, Prince Philip, in early 2021, he has rarely appeared in public since.

He was even absent from publicly-released photographs of his elder daughter Beatrice’s wedding in 2020.

The scandal has wider implications for the royal family, which was simultaneously been forced to weather criticism over Andrew’s case and claim of racism from Prince Harry and Meghan, Duchess of Sussex over the past year.

British tabloids often refer to the duke as the Queen’s favourite child, so his lengthy association with Epstein and Giuffre’s allegations against him signal a hefty fall from grace.

While the monarch and other senior royals have so far avoided damage to their own reputations as a result of the Giuffre case, the prospect of Andrew being forced to answer questions under oath will be an unwelcome one for the wider institution.