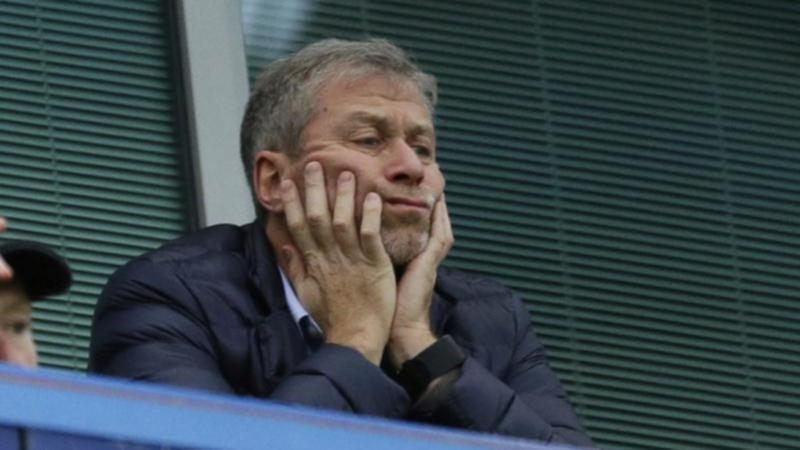 Pressure is growing on Roman Abramovich to sell Chelsea, and one potential buyer claims the Russian oligarch is already trying to offload the Premier League club.

Chelsea and Abramovich’s representatives have not disputed Swiss billionaire Hansjorg Wyss, saying he “received an offer on Tuesday to buy Chelsea from Abramovich” along with three other people.

“Abramovich is currently asking far too much,” Wyss was quoted as telling Swiss newspaper Blick.

As Russia’s war on Ukraine entered a seventh day, the British government was yet to say if Abramovich would be included among the wealthy Russians to be targeted in sanctions.

Alisher Usmanov, a Russian metals tycoon who is a major sponsor of Everton, has already been sanctioned by the European Union.

The Premier League club on Wednesday suspended sponsorships with Usmanov’s firms, including USM which has the naming rights to the training ground and paid Stg 30 million ($A55 million) for the same rights to a new stadium being built in Liverpool.

British Prime Minister Boris Johnson said it was not “appropriate” to comment on individual cases when asked in the House of Commons why Abramovich was not facing sanctions yet.

“We must stand up to Putin and those who prop up his regime,” Keir Starmer, leader of the opposition Labour Party, said to Johnson.

“Roman Abramovich is the owner of Chelsea Football Club and various other high-value assets in the United Kingdom.

“He’s a person of interest to the Home Office because of his links to the Russian state and his public association with corrupt activity and practices.”

Chelsea, the reigning European and world club champions, owe Abramovich more than $US2 billion ($A2.8 billion) in loans after 19 years of injecting cash to elevate the club.

The 55-year-old Abramovich, who has Israeli and Portuguese citizenship, was one of the most powerful businessmen who earned fabulous fortunes after the 1991 break-up of the Soviet Union.

Parliamentary privilege had been used by Labour Party legislator Chris Bryant to claim in the House of Commons on Tuesday that Abramovich was already looking to sell London properties, speculating that “he’s terrified of being sanctioned.”

Bryant added: “The danger is that Mr Abramovich will have sold everything by the time we get round to sanctioning him.”

Abramovich tried to distance himself from decision-making at Chelsea on Saturday by announcing plans to shift the “stewardship and care” of the club its foundation trustees.

But the Charity Commission, which regulates the Chelsea Foundation, has received a “serious incident report” from the Foundation’s trustees amid concerns about how Abramovich’s plan can be enacted.

Abramovich has faced calls to condemn Russia’s attack on Ukraine which he hasn’t done yet.