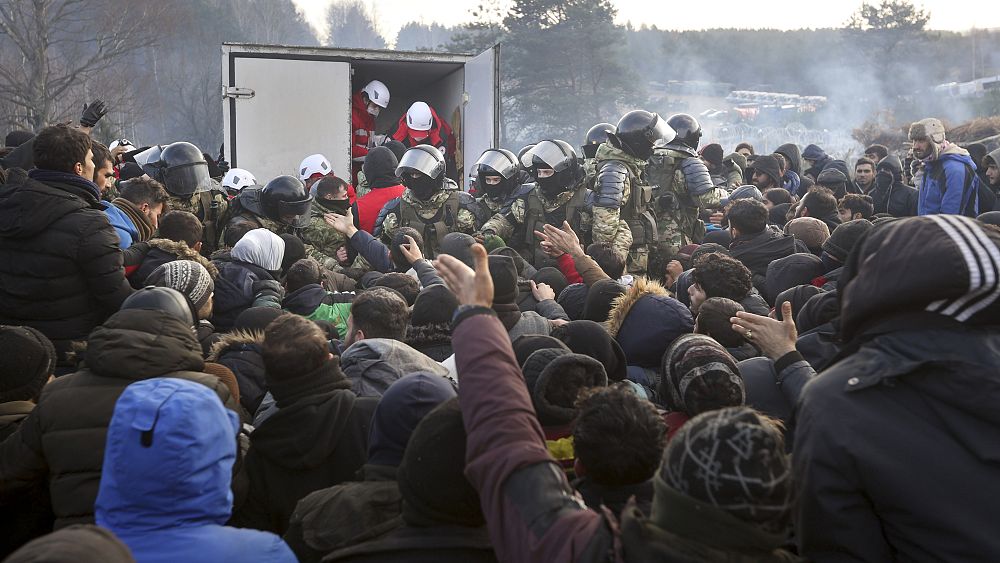 Polish police said on Saturday that a young Syrian was found dead near the border with Belarus amid an ongoing crisis there.

The police in the country”s eastern region of Podlaskie said the cause of death was undetermined and that the body was found in the woods near Wólka Terechowska in Poland.

Tensions have been rising at the European Union’s border with Belarus, with large groups of migrants, mostly from the Middle East and Africa, attempting to cross into Poland, authorities say.

The young Syrian is the eleventh reported death at the border, with human rights groups calling on both Poland and Belarus to prevent further loss of life.

The European Union has said that the Belarusian regime of Alexander Lukashenko has encouraged illegal migration in retaliation against sanctions related to the disputed 2020 election and Belarus’ human rights abuses.

“This is a hybrid attack. Not a migration crisis,” tweeted Commission President Ursula von der Leyen, who added that sanctions against Belarus would be expanded.

“We are facing an unprecedented situation due to the unprecedented and aggressive actions of the Lukashenko regime…we will be looking into new tools to address this instrumentalisation of migrants,” said European Commission spokesman Adalbert Jahnz last week.

Polish authorities have in the last week shared video of large groups migrants on the border attempting to cross and accused Belarusian authorities of giving migrants tear gas at the border.

Poland’s border guards claimed that Belarusian soldiers attempted to destroy part of a temporary border fence, posting video of blinding lights and laser beams coming from across the border.

The Polish government has vowed to construct an 180-kilometre-long fence in 2022 to protect the border after lawmakers approved the proposal.

The Polish authorities have been accused of migrant push-backs and have issued a state of emergency that prevents human rights workers from going to the border to help.