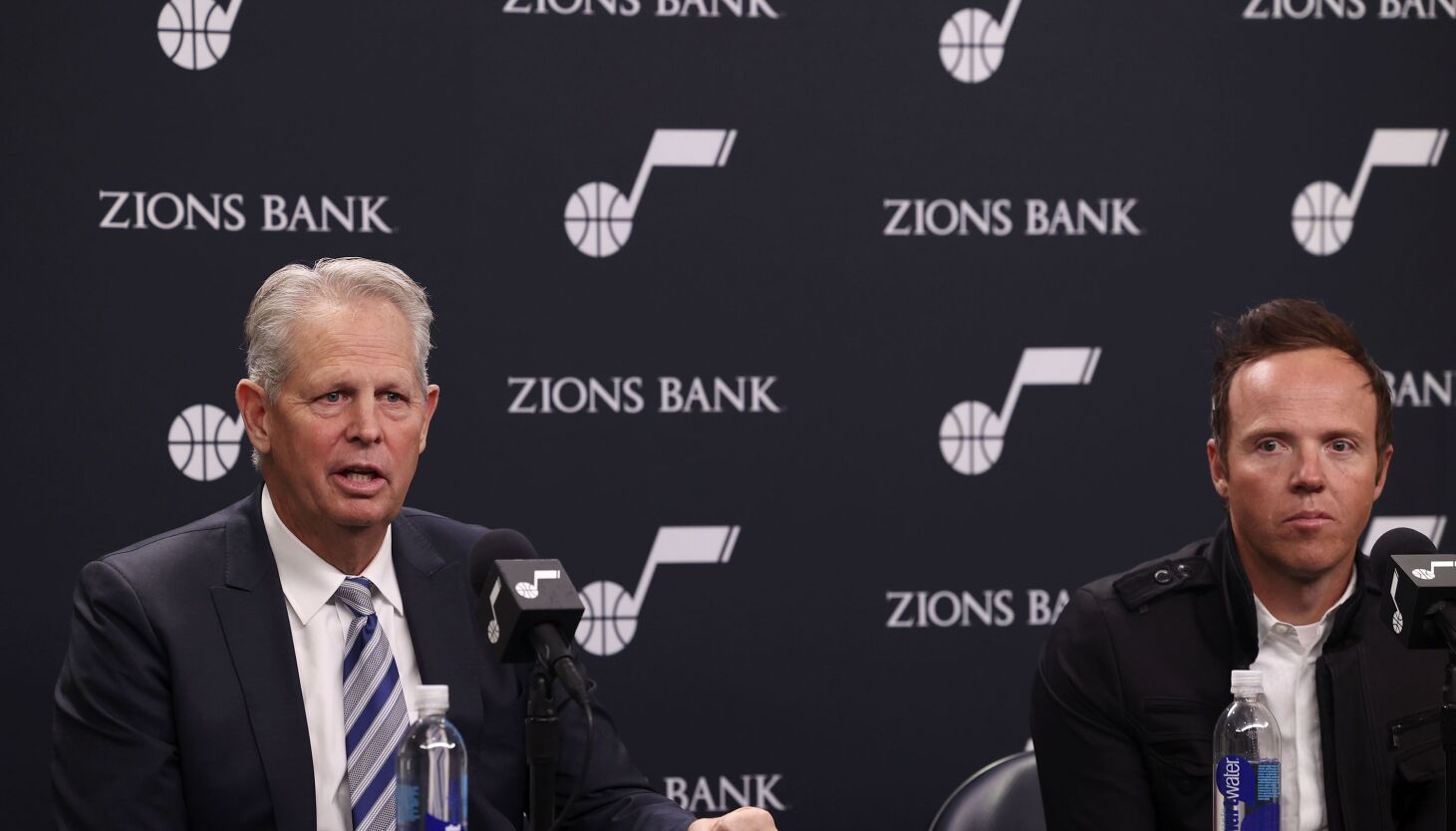 The Utah Jazz went into Thursday night without a pick in the 2022 NBA Draft and they finished the night the same way.

Despite recent buzz and curiosity about when the Jazz would start their offseason wheeling and dealing, the draft came and went without the Jazz getting involved. So, for now, the Jazz roster remains intact.

Jazz owner Ryan Smith mentioned earlier in the week that he would of course be interested in getting young talent via the draft, but held on to the caveat that any deal would have to make sense for the Jazz. Presumably that means that the Jazz did not get an offer that they saw as noteworthy.

The team will now turn to signing undrafted players to Summer League and training camp contracts, allowing them the chance to get a look at some young talent that could surprise by making the regular roster or could spend time developing in the G League.

There had been rumors over the last few days and weeks that the Jazz could have been interested in trading a rotational piece to make their way into the first round of the draft, but the Jazz wrapped up the night quietly with no news to report.

The only minor mention of the Jazz on Thursday night was when a 2023 second-round pick from the Jazz was used in a trade to send Memphis’ No. 13 overall selection, Jalen Duren, to the Pistons in a three-team deal. That 2023 Jazz pick was originally part of the deal that sent Ed Davis to the New York Knicks in 2019.

As for the rest of the draft, the night started with the Orlando Magic making the first pick and although they had long been rumored to have coveted Auburn forward Jabari Smith, they switched gears and selected Duke’s Paolo Banchero at No. 1.

The Oklahoma City Thunder took Gonzaga’s Chet Holmgren with the No. 2 pick, the Houston Rockets were more than happy to land Smith after the Magic passed on him and the Sacramento Kings, who had been shopping their No. 4 pick decided to keep it for themselves to take Iowa’s Keegan Murray. The Pistons rounded out the top-5 by selecting Purdue’s Jaden Ivey.

Though the Jazz didn’t make any noise on draft night, this offseason has only now truly begun and there are sure to be moves made as the summer unfolds.