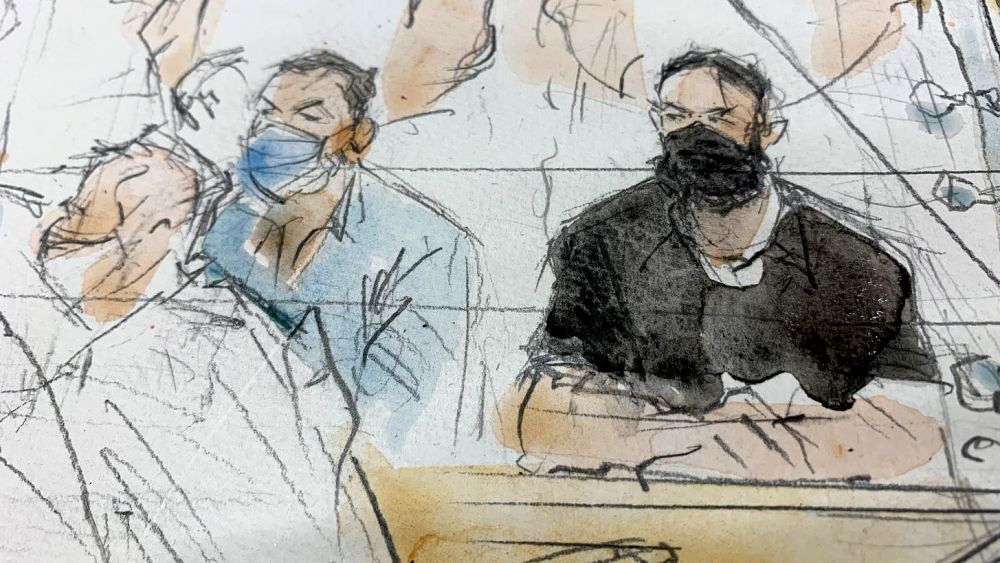 The main defendant on trial over the Paris terror attacks has told the court that he “did not kill or hurt anyone”.

Salah Abdeslam is suspected of being the only survivor of the so-called Islamic State (IS) terrorist cell that carried out the November 2015 attacks.

He was questioned in court for the first time on Wednesday, nearly five months after the landmark French trial began.

“I wanted to say today that I didn’t kill anyone, and I didn’t hurt anyone,” the 32-year-old defendant told the special Paris assise court.

“I didn’t even make a scratch,” he added before he was questioned by prosecution lawyers.

“It’s important for me to say this because, since the beginning of this case, people have not stopped slandering me.”

A total of 130 people were killed in the French capital on 13 November 2015 in the worst attack on French soil since World War II. Nine attackers targeted bars, restaurants, the Bataclan concert hall and the Stade de France stadium before killing themselves or being shot dead by French police.

Fourteen people have now gone on trial over the attacks including Abdeslam, whose brother Brahim was one of the attackers. Six others are being tried in absentia, five of whom are believed to be dead.

Abdeslam is accused of carrying an explosive vest but not detonating it, before fleeing Paris hours after the attack. He faces life in prison if found guilty.

The defendant will be cross-examined about his radicalisation, as well as his reputation as a “party animal” who visited casinos and nightclubs.

The French national will also be asked about whether he had changed his mind about setting off the explosive vest or if the device failed to detonate.

The 32-year-old has remained almost constantly silent during the investigation but has spoken out several times since the start of the trial.

He has admitted being a member of IS and has notably justified the attacks, saying it was “nothing personal”.

Abdeslam also criticised the “extremely harsh” sentences that are handed down in terrorism cases, and said he was not a “danger to society”.

“When an individual gets on a metro or bus with a suitcase filled with 50kg of explosives and at the last moment backs out, he will know that he has no right to think that because he will be locked up or killed,” he told the court

Abdeslam’s questioning is set to last two days, while a verdict in the case is not expected until late May.