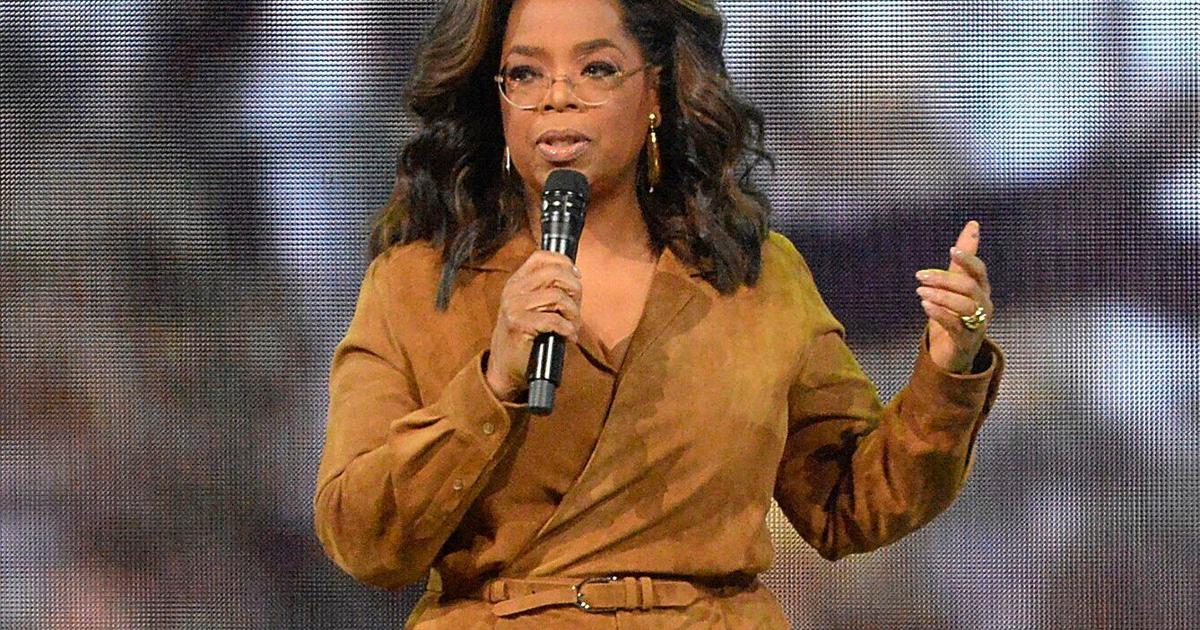 The legendary talk show host took to social media on Saturday (09.07.22) to reveal that her father Vernon passed away on Friday (08.07.22) aged 88 following a battle with cancer.

“Less than a week ago we honoured my father in his own backyard. My friend and gospel singer Wintley Phipps saluted him with song. He FELT the love and revelled in it until he could no longer speak (sic).”

The 68-year-old star added: “Yesterday with family surrounding his bedside I had the sacred honour of witnessing the man responsible for my life, take his last breath. We could feel Peace enter the room at his passing.

The ‘Aquaman’ actress was ordered to pay her ex-husband $10.35 million in compensatory and punative damages after a jury in Virginia ruled she had defamed him when she wrote an article in 2018 about being a victim of domestic abuse, while she was awarded $2 million in compensatory damages, and she was hoping her $1 million liability policy with New York Marine and General Insurance Co. would see her not having to foot the bill.

However, while the policy covers various types of wrongful conduct, including defamation, TMZ noted that under California law – which governs the policy – an insurance company is not liable to pay if the insured party committed wrongful, willful misconduct, and the firm noted that not only did the jury find Amber had committed willful defamation, it was also deemed to be malicious.

New York Marine are seeking a declaration from the judge that based on the policy and the law, they are not responsible to pay the damages for the ‘Danish Girl’ star.

Sir Ringo Starr is “sure” that Boris Johnson will find another job.

The Beatles drummer believes that the British Prime Minister will move on after stepping down as the leader of the Conservative Party and wished Boris the best for life after Downing Street – although he refused to discuss the political crisis in the UK.

Speaking at an event in Los Angeles to mark his 82nd birthday, Ringo said: “I’m not saying anything about Boris Johnson.

“God bless him and I’m sure he’ll get another job.”

The musician explained that he was more concerned about gun violence and hatred “in any country” across the world.

Get more of this past week’s celeb news here:

Pop star Rita Ora has reportedly turned to a health guru for some tips.

Prince George sat in the Royal Box during the men’s final at Wimbledon.

Tessa Thompson has confessed to being surprised by her own success.

Natalie Portman thought it was “wonderful” to “get bigger” for ‘Thor: Love and Thunder’ because actresses are so often asked to lose weight for their roles.

Dame Judi Dench insists she has no plans to slow down her workload and will find a way to work around her failing eyesight.

Britney Spears has blasted the documentaries made about her that were released last year and insisted they were nothing to do with why she was released from her conservatorship.

Prince Harry’s tell-all book is not expected to be released this year as it doesn’t feature in listings from the publishers.

Sylvester Stallone has shared a tribute to his “good friend” James Caan following the ‘Godfather’ star’s death earlier this week.

Chris Hemsworth nearly missed out on playing Thor as his younger brother Liam was close to securing the part.

George R.R. Martin has revealed that his ‘Game of Thrones’ book series will have a different conclusion to the divisive ending of the hit TV show.

Tyler the Creator took to Twitter to claim that two former colleagues had stolen his music and were selling it on Discord without his permission.

Carlos Santana has postponed the next six shows of his tour “out of an abundance of caution” for his health, after collapsing on stage earlier this week.

Def Leppard were not intending to make another record before the COVID-19 pandemic left them with nothing to do.

Shawn Mendes has told his fans in an emotional post on Instagram that returning to touring had been “premature” and he has hit a “breaking point” so he needs to take some time off.

John McEnroe has confessed to being overwhelmed by fame at one stage in his life.

Actor Gregory Itzin has died at the age of 74 after suffering from complications during emergency surgery.

Dave Chappelle has labelled his critics as “oppressive” after he received backlash for performing jokes deemed to be transphobic.

Andy Cohen has found dating as a single dad to be “emotionally chaotic” as he worries about introducing any potential partners to his children.

Pierce Brosnan was “inspired” by James Caan and took to Instagram to pay tribute to his ‘Fast Charlie’ co-star, who died earlier this week at the age of 69.

Twin Peaks star Lenny von Dohlen has died at the age of 63, but a cause of death remains undisclosed.

Supermodel Naomi Campbell was seen wiping a tear as she accepted an honorary doctorate from The University for the Creative Arts in London on Thursday (07.07.22).

Fast and Furious actor Tyrese Gibson has announced his split from girlfriend Zelie Timothy in a series of posts on social media.

Martha Stewart, 80, joked she’d like her friends to “die” so she can date their husbands.

Former Japanese prime minister Shinzo Abe is reported to have died after being shot while giving a speech in the city of Nara on Friday (08.07.22).

Olympic gymnast Simone Biles has become the youngest person in history to receive America’s Presidential Medal of Freedom after scooping the honour at the age of 25.

Singer Doja Cat has blasted Stranger Things actor Noah Schnapp in a foul-mouthed rant – calling the teenager a ‘weasel’ for sharing her private messages asking him to set her up with one of his co-stars.

Kim Kardashian “couldn’t really move” her hands after her body reacted badly to her pre-Met Gala diet and she had a flare up of psoriasis resulting in psoriatic arthritis.