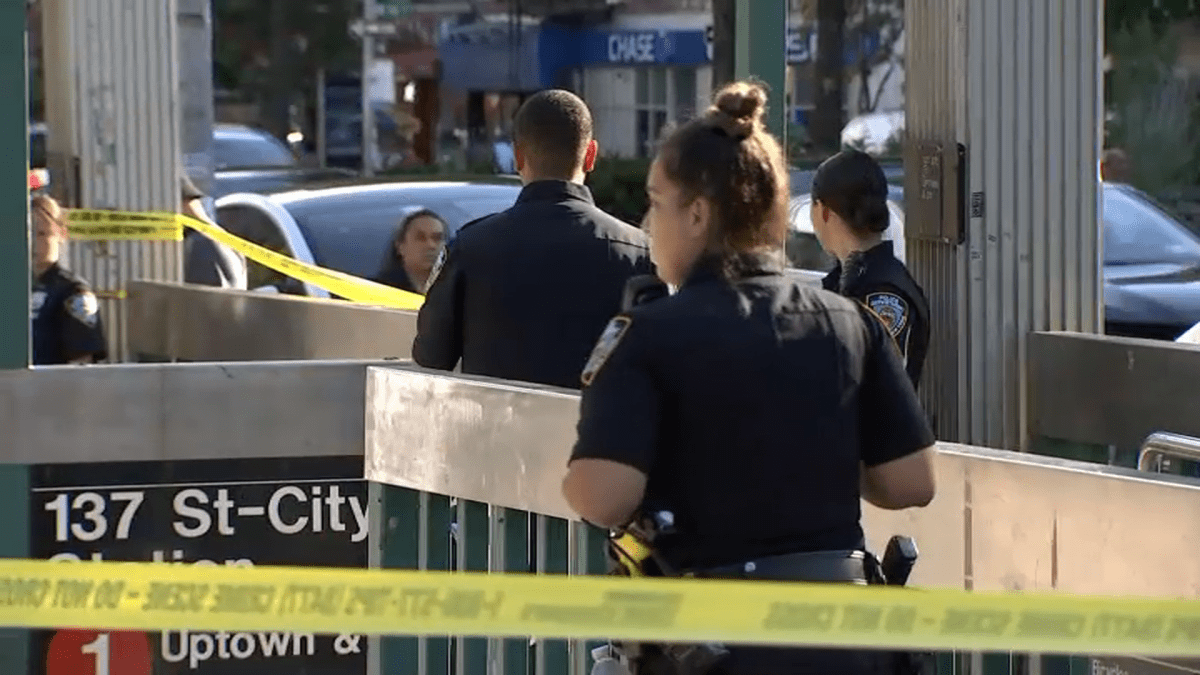 A 14-year-old is dead after he was stabbed Saturday afternoon on a train platform in Manhattan, police said.

The teen and suspect were arguing around 3 p.m. when the latter pulled out a knife and stabbed the 14-year-old in the abdomen, according to the NYPD.

Police believe the stabbing happened on the northbound 1 line platform at the 137 St-City College station in Hamilton Heights.

The teen did not survive his injuries and was pronounced dead at St. Luke’s Hospital.

A straphanger described the moment he came face-to-face with the 14-year-old boy on the verge of death.

“His lips were purple and his eyes were rolled back, and he was bleeding a lot of blood,” the witness said, adding he saw a group of teen girls run out of the station. “They wanted to take his phone.”

“This station is our lifeblood, it’s one of the busiest stations on the 1 line,” Barry Weinberg, Chair of Manhattan Community Board 9, said.

Officers closed off the entrance to the subway station due to the investigation, and northbound trains were temporarily bypassing the stop. Around 10:30 p.m., trains were operational with delays to service in both directions.

Tens of thousands of Americans die from gun murders and suicides each year, and many more are wounded, leaving families in grief and putting a strain on the health care system. Gun violence is a leading cause of premature death in the country, and in 2020, more kids died from gun violence than they did in automobile crashes. After the mass shooting at the Fourth of July parade in Highland Park, Illinois, LX News host Tabitha Lipkin spoke to Dr. Jonathan Metzl at Vanderbilt University about the impacts shootings have on public health.

Over in the Bronx, Mayor Eric Adams reinforced the need for the city to expand summer youth programs to keep teens engaged and off the streets.

“Hearing about the stabbing really highlights why we need the lights on in schools like this, we need to find out what happened, we’re going to find out the person responsible,” Adams said.

The MTA called the death a “senseless and tragic incident” and said they are cooperating with the NYPD investigation.