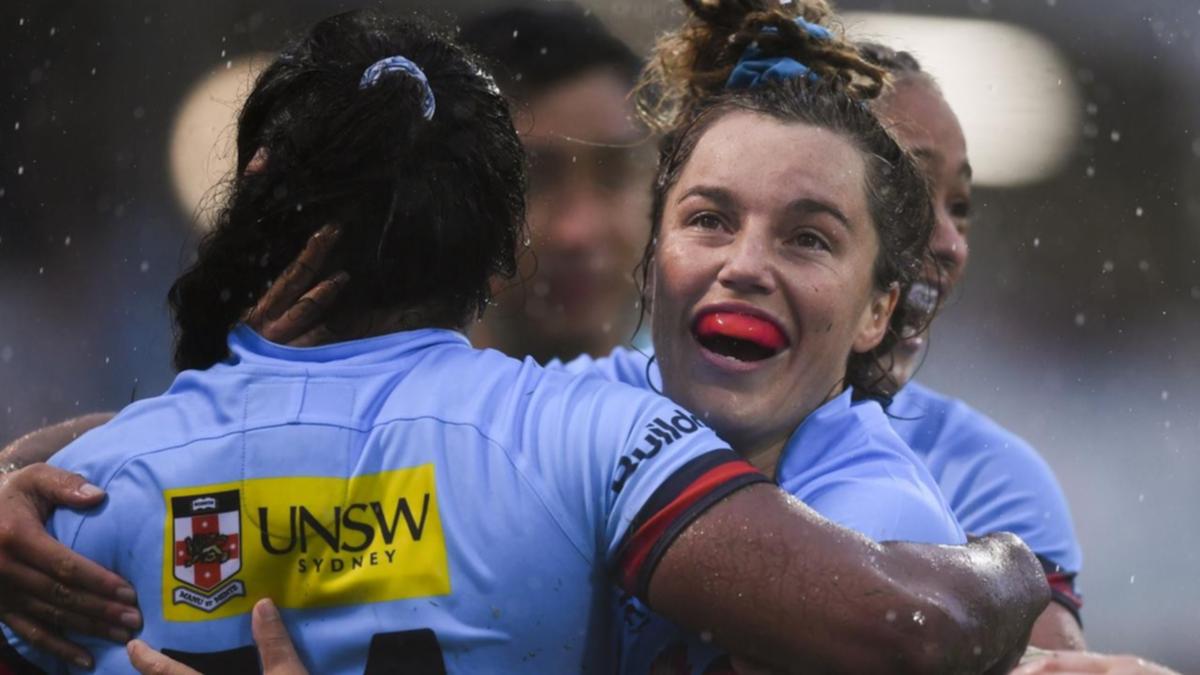 NSW have charged by way of to the Super W Final and a rematch with Fijiana Drua after overcoming early resistance and accidents to beat Queensland 36-0 within the elimination semi.

The Tahs, whose unbeaten report into 12 months 5 of the competitors was damaged by Fijiana, who beat them 29-10 earlier in April, will get their probability for revenge at Melbourne’s AAMI Park within the grand remaining on Saturday week.

NSW, who beat Queensland 46-0 final Saturday within the remaining common season spherical, have been made to work more durable of their second contest of the week at Eric Tweedale Stadium in western Sydney.

The recreation was twice held up for a number of minutes within the second half, after Waratahs five-eighth Arabella McKenzie and reserve front-rower Penelope Leiataua have been tended to and stretchered off the sphere, after every was tackled near the Reds line.

In distinction to final weekend after they struggled to construct momentum, the Reds put collectively some sturdy multi-phase strikes within the early levels.

However, they could not convert these into factors and have been made to pay later within the half when NSW scored three tries in seven minutes.

“That was a tough grind, the Reds really gave it to us, they are a hearty team,” NSW captain and No.8 Grace Hamilton advised Stan Sport.

“We knew we just had to grind that out.

“We simply wanted to get some factors on the board and as quickly as we did that I knew the power could be up and we would maintain going and getting ahead.”

Hamilton triggered the Tahs surge, scampering about 15 metres from the base of a scrum and plunging over the line.

Finally able to string their passes together, NSW scored a brilliant second try which started from deep in their own half and covered both sides of the field.

Winger Margot Vella made a strong burst down the left and when the ball was swung quickly to the right, the move was finished off by fullback Mahalia Murphy.

Back from injury, Murphy turned provider on the stroke of halftime, setting up winger Tatum Bird, who fended off Reds fullback Ellie Draper on her way to the line.

The Waratahs took less than two minutes of the second half to add another try to their collection and the forwards needed no assistance.

Lock Sera Naiqama took a lineout cleanly and the irresistible drive ended with hooker Natalie Delamere grounding the ball over the line.

After the injury delays NSW crossed twice more, with Vella rounding off a slick movement and lock Kaitlan Leaney crashing over in the closing moments.

“A tricky evening on the workplace once more,” Reds captain and flanker Shannon Parry said.

“We matched them for 30 after which a lapse in focus in that final ten minutes main into halftime and three fast tries received us on the hop.”