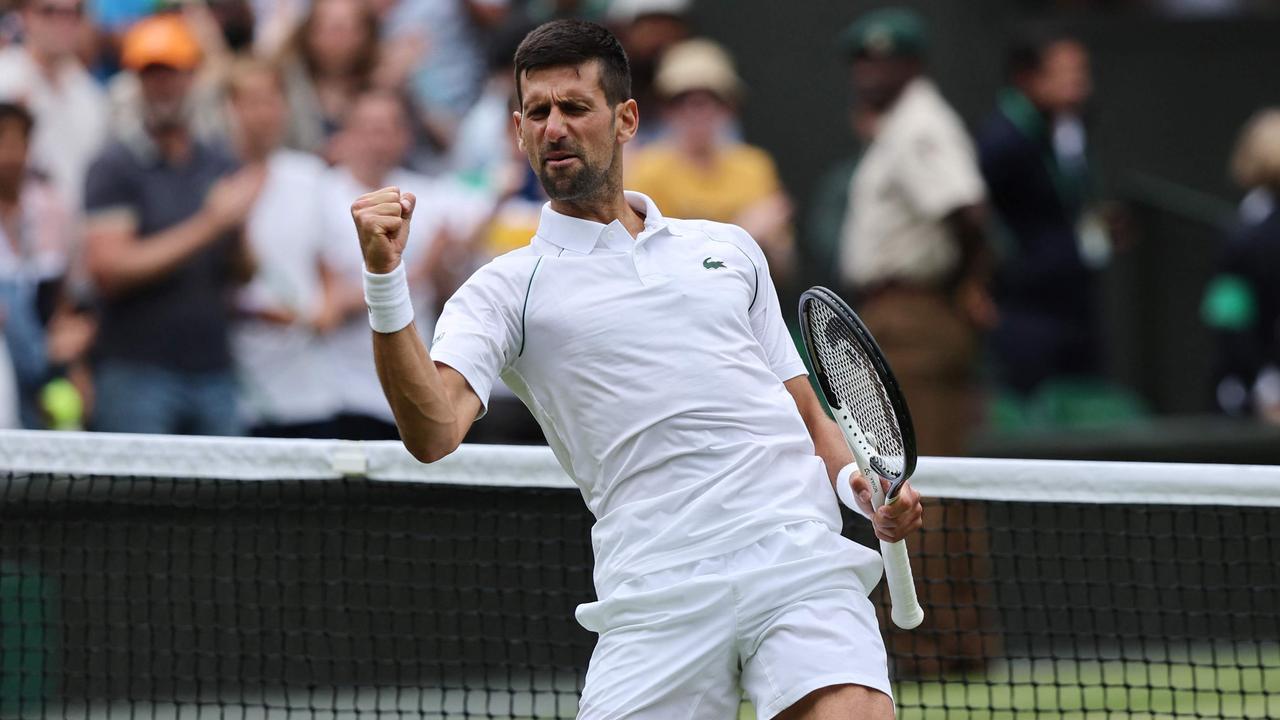 Novak Djokovic is preparing for his Wimbledon semi-final against Cameron Norrie safe in the knowledge that his greatest rival Rafael Nadal no longer stands in the way of a 21st Grand Slam triumph.

The Spanish second seed was on Thursday forced to pull out before his last-four match against Nick Kyrgios with an abdominal injury, admitting defeat in his race to be fit.

Nadal’s withdrawal deprives the tournament of a blockbuster semi-final against Kyrgios, which had been on the cards since the Australian beat Stefanos Tsitsipas in a bad-tempered third-round match.

Kyrgios will have an enforced break before Sunday’s final while Djokovic, the top seed, can now see the path to a fourth consecutive Wimbledon title opening up before him.

The Serb had to come back from two sets down against Italian 10th seed Jannik Sinner in his quarter-final. But the 35-year-old finished the match looking fresh, even pulling off an outrageous winner while doing the splits.

Djokovic is on a 26-match winning streak at Wimbledon as he seeks to draw level with Pete Sampras on seven titles at the All England Club — just one behind Roger Federer’s men’s record. He is also bidding to reach a record 32nd Grand Slam singles final, which would put him one ahead of Federer.

If he wins the title he would reach 21 Grand Slam titles, moving past Federer and just one behind Nadal in the race to be crowned the greatest of all time.

British ninth seed Norrie had never progressed beyond the third round of a Grand Slam before this year’s Wimbledon.

The 26-year-old has vowed to “take it” to Djokovic and will hope to ride a wave of home support but he has a tough task on his hands to unseat the champion.

Djokovic, who beat Norrie in their only previous meeting, is braced for a partisan crowd.

“For him, not much to lose,” he said. “Every victory from now onwards is a big deal for him.

“I know that. But, you know, I practised a few times. I know his game well. He’s been around. Of course I will do my homework and get ready.”

Kyrios will be kicking his heels on Friday, deprived of the chance to repeat his famous 2014 victory over Nadal at Wimbledon, which the Spaniard avenged five years later.

Kyrgios’s tournament has been defined by breathtaking shot-making but also his familiar rants on court — including a demand that Tsitsipas be thrown out of the championships for hitting a ball into the crowd.

The 40th-ranked player has been fined a total of $14,000 and he now has the added distraction of a looming court appearance in Australia, related to an allegation of assault.

Kyrgios, who has beaten Djokovic in both of their two meetings, will fancy his chances whoever he plays on Sunday.

In the meantime he must watch and wait.

Follow the Wimbledon semi-final between Novak Djokovic and Cameron Norrie in our live blog below!