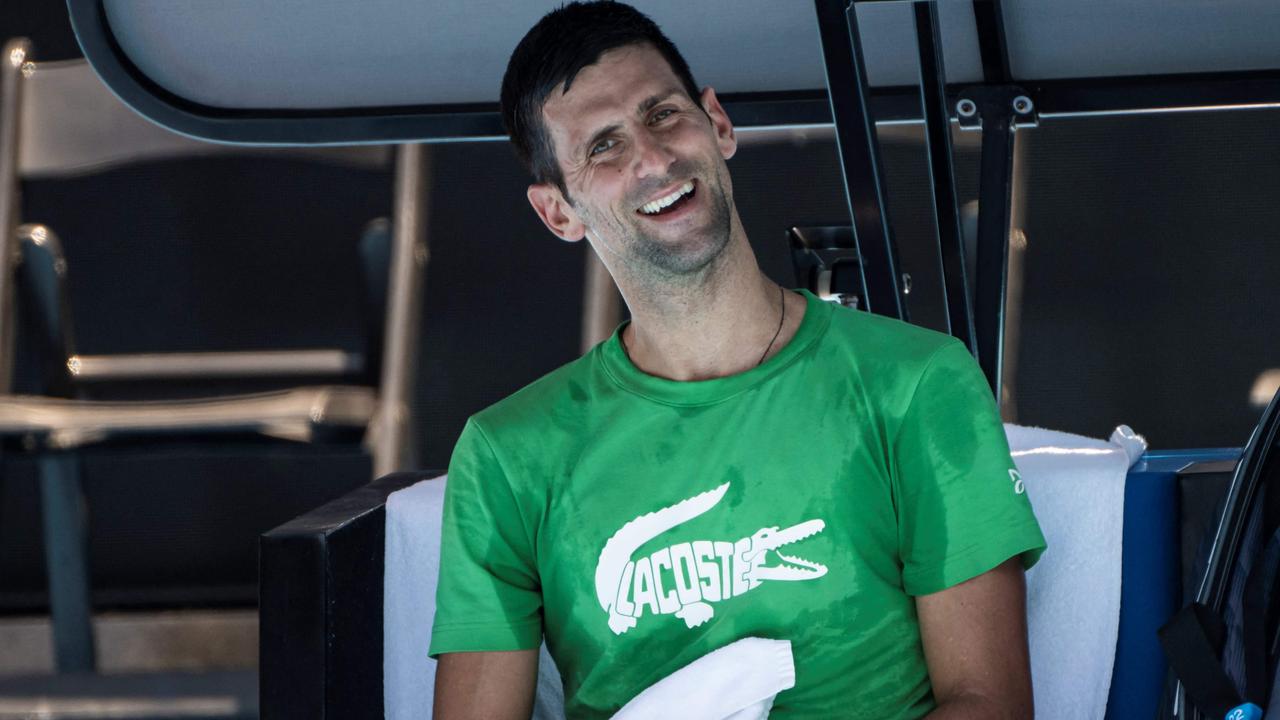 The fate of Novak Djokovic’s Australian Open remains under a cloud for a fourth day with Immigration Minister Alex Hawke expected to make an announcement today.

The fate of Novak Djokovic’s Australian Open remains under a cloud for a fourth day with Immigration Minister Alex hawke expected to make an announcement before close of business.

The defending Australian Open champion faces the possibility of having his visa revoked for a second time and risks being thrown out of this year’s tournament – and the country – over irregularities in his documentation.

It’s been well over a week since Djokovic was detained at Melbourne airport and subsequently sent to an immigration detention facility where he stayed for four nights.

Despite Djokovic winning a reprieve in court on Monday, the Herald Sun understands the government is determined to fight the case against the Serb, but is extremely concerned at the possibility of losing for a second time.

While one of the most recognisable sportsmen in the world, Djokovic’s camp are not expecting any special treatment, according to Serbian ambassador Ivana Isidorovic but nor do they expect his status to mean he is treated any harsher than others.

In a letter from Isidorovic to the Herald Sun said they hoped for Hawke to announce his decision soon.

“Novak Djokovic, since he is a citizen of Serbia, has the right to consular protection like any of our citizens – at the same time, Isidorovic said.

“The fact is that he is the best tennis player in the world, (but) Serbia doesn’t expect any preferential treatment of Novak Djokovic, but an adequate, professional approach of foreign authorities, which we are obliged to provide to every holder of our travel document.

“On the other hand, we do not expect that, because of his status as the best, he will be subjected to a particularly harsh treatment in order to serve as an example to others, just because of his popularity.”

Prime Minister Scott Morrison refused to be drawn on the visa debacle, handballing back to Hawke, who must make the ultimate decision on whether he exercises a personal power to deport the star.

“These are personal ministerial powers able to be exercised by Minister Hawke and I don’t propose to make any further comment at this time,” Mr Morrison said in a press conference on Thursday.

Well placed sources have said if the government decides to cancel Djokovic’s visa again, its case “needs to be iron clad”.

Mr Hawke’s decision on whether he should seek to deport the 34-year-old under a personal power would “almost definitely” be made Friday, according to sources.

Any delay in determining the case could cost the tennis star the chance to compete in the Australian Open, which launches on Monday, where he is chasing a record 21st grand slam.

The visa battle with Djokovic is politically charged in Australia, which has endured nearly two years of some of the toughest coronavirus restrictions in the world.

General elections must be called by May.

Opposition Labor Party senator Kristina Keneally said it was now 58 days since Djokovic had been granted a visa to enter Australia.

“@AlexHawkeMP needs to decide now whether Djokovic stays or goes,” she said on social media.

“The Morrison Govt is just incompetent. This is a farce.” Some tennis players say Djokovic should now be allowed to play, but not all have been supportive.

World number four Stefanos Tsitsipas criticised his behaviour. “For sure he has been playing by his own rules,” Tsitsipas said in an interview with Indian broadcaster WION.

“It takes a lot of daring to do and (is) putting a Grand Slam at risk… I don’t think many players would do that.” Nearly everyone in the Australian Open had been vaccinated, Tsitsipas said. But others “chose to follow their own way which kind of makes the majority look like they’re all fools”.