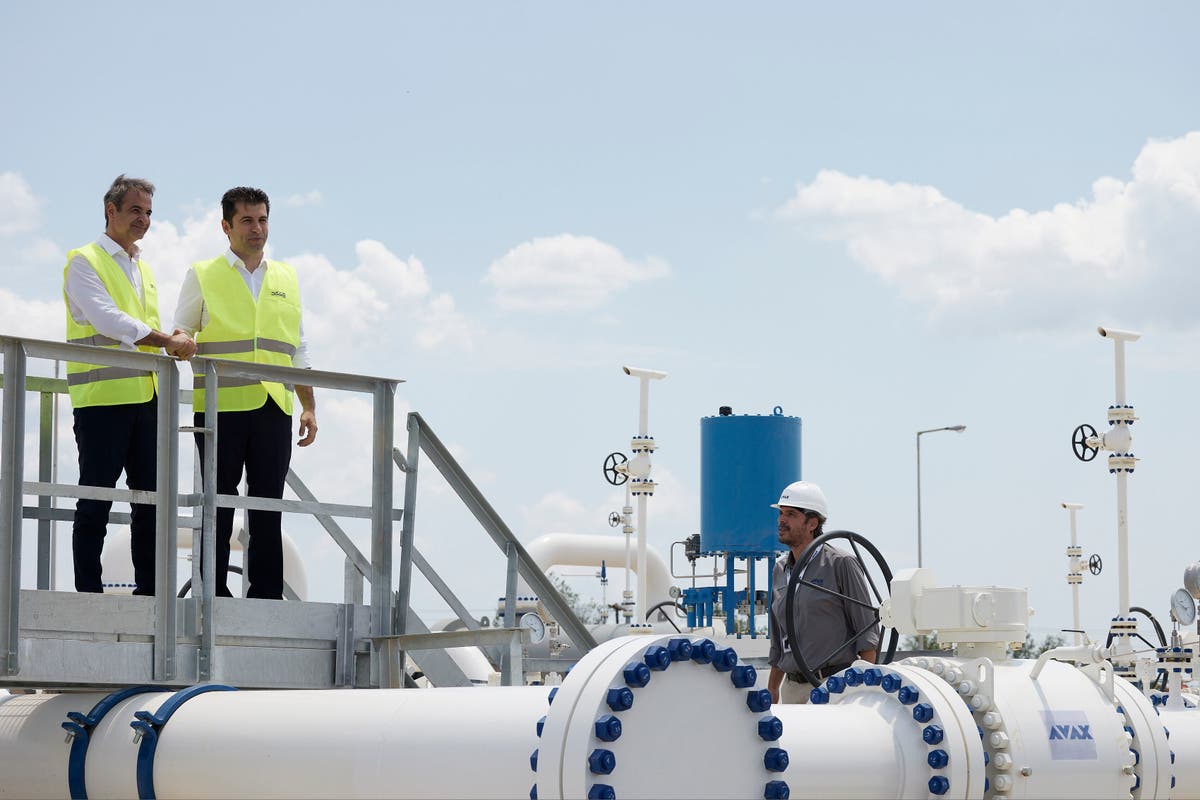 The leaders of Greece and Bulgaria on Friday inaugurated a new pipeline that will supply natural gas from Azerbaijan to Bulgaria, whose vital supply of Russian gas was cut off in April amid the fallout over Russia’s invasion of Ukraine.

Greek Prime Minister Kyriakos Mitsotakis stressed the importance of the new link as an alternative supply line for Bulgaria, as neighboring Greece jockeys to become a regional energy transport hub.

“This isn’t just a gas pipeline, but a crucial south-north energy bridge,” Mitsotakis said during a ceremony in northeastern Greece.

He added that Europe needs to coordinate its response to “Moscow’s conscious choice to turn natural resources into a lever of political pressure, into a raw blackmail.”

“It is something our Bulgarian neighbors already know very well,” Mitsotakis said.

In late April, Russia cut off gas supplies to Bulgaria after it refused a demand by Moscow to pay gas bills in rubles, Russia’s currency. Relations between the two former Soviet bloc allies have tanked in recent months, and last month Bulgaria ordered the expulsion of 70 Russian diplomats, triggering an angry response from Moscow.

The 182-kilometer (115-mile) pipeline inaugurated Friday will run from the northeastern Greek city of Komotini to Stara Zagora in central Bulgaria. It starts with an initial capacity of 3 billion cubic meters of gas a year, and the prospect of future expansion to 5 million cubic meters. Commercial deliveries are expected to start by Oct. 1.

Greece is looking to serve as an energy hub for the Balkans, using fossil fuels from the Caspian Sea and the southeastern Mediterranean, and, potentially renewable energy from Egypt, to supply the region amid the fallout of the war in Ukraine.

Greece is also building a liquefied natural gas terminal off the northeastern port of Alexandroupolis, near Komotini, which Mitsotakis said would in the future provide additional gas for the new Greek-Bulgarian pipeline.

Follow all AP stories on the fallout from the war in Ukraine at https://apnews.com/hub/russia-ukraine.