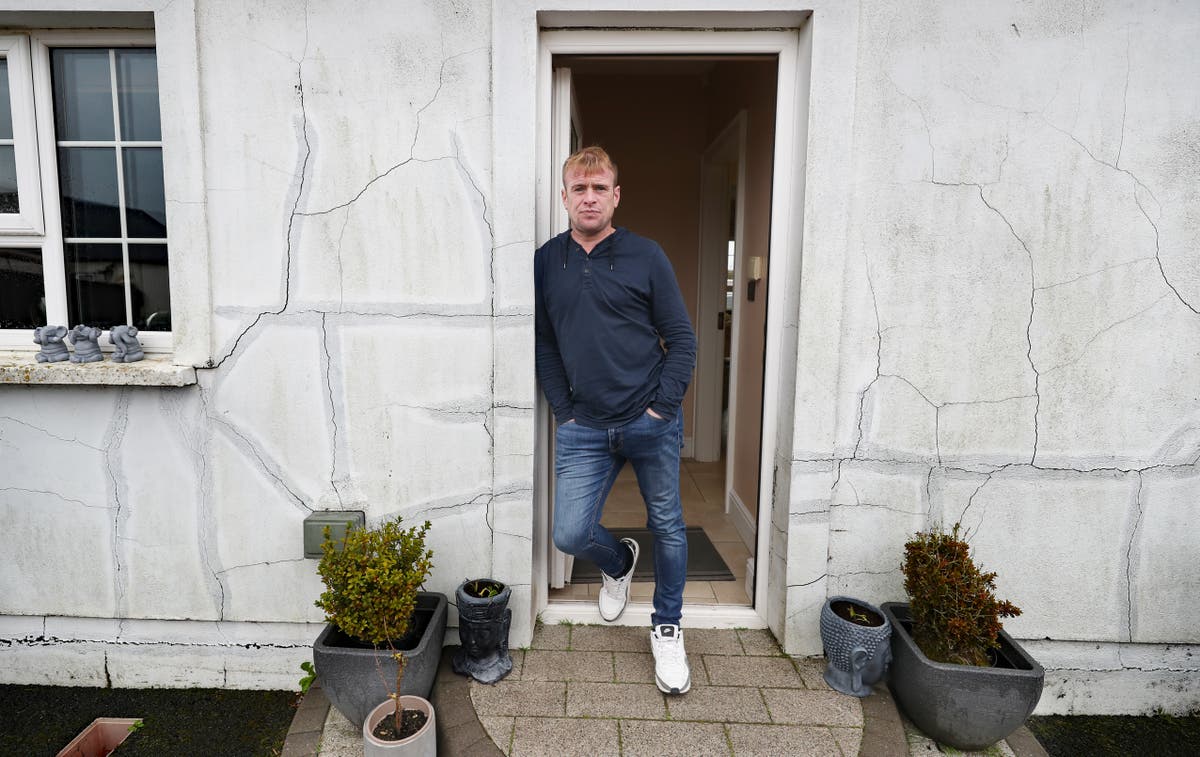 A proposed revised mica redress scheme has been criticised by a campaigner, who said homeowners will be forced to fork out tens of thousands of euro.

Paddy Diver said the new redress scheme is not enough to meet the cost of rebuilding homes, as it would cover 138 euro per square foot for homes affected by mica.

Defective building blocks containing excessive deposits of the mineral mica have seen thousands of properties start to crumble across the country.

An estimated 5,000 homes in Co Donegal are affected, with thousands more understood to have faulty blocks in counties Sligo, Clare and Limerick with campaigners calling for 100% redress from the Government

The Government has come under pressure to provide a scheme that would cover 100% of rebuilding costs.

Mr Diver, who has long campaigned on behalf of mica families, said there is an impression that families will get up to 420,000 euro to rebuild their homes.

“The Government is trying to put out this big myth that there is a 420,000 euro cap on out there,” he added.

“It’s the square foot rate that is the problem.

“(The Government) are offering 136 euro a square foot rate.

“It does not work because the housing authorities are looking for 150 euro a square foot to fix the council houses.

“If the housing authority think they can’t do it for 138, they need 150 euro per square foot then the homeowners need 150.

“There is not a contractor in Ireland that will fix a house for 138 euro per square foot.”

Tens of thousands of people from Donegal, Mayo, Sligo and Limerick took part in a protest last month to demand the Government covers all the costs for homes that are crumbling due to defective blocks.

Campaigners have vowed to return again if a 100% redress scheme is not put in place.

A Cabinet decision on the redress scheme is expected to be made on Tuesday.

Mr Diver said Ireland will face a second housing crisis if the scheme is not applied to all homes, including holidays homes and rental properties.

“There are over 3,000 people sitting on a housing list in Donegal already, there are no houses to rent,” he added.

“When these houses go down, there is a guaranteed housing crisis ahead.

“We will continue fighting.

“There is no way we can sign up to this scheme.

“They think we will take it lying down, but that is not going to happen.

“We will turn this into the biggest revolution Ireland has ever seen.

“We are going to close the place down.

“The eyes of Europe will be watching us.

“The Government should be ashamed of themselves for trying to divide the people of Ireland and trying to turn them against us.”