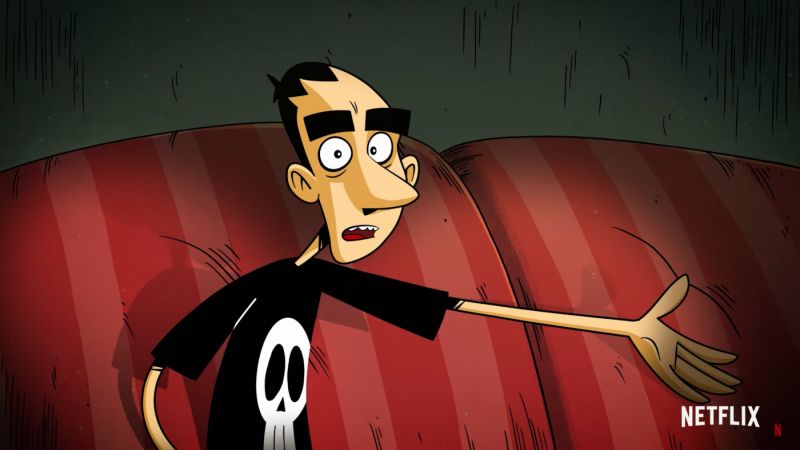 Zerocalcare leaps from the comic strip into animated television.

Netflix Italy takes a dive into the offbeat world of Rome cartoonist Michele Rech, better known as Zerocalcare, with a new animated mini-series called Tear Along the Dotted Line.

The show, whose original Italian title is Strappare lungo i bordi, has been launched in 190 countries around the world and is available in several languages including English.

Netflix describes the new series as “offbeat, irreverent”, and introduces it like this: “A cartoonist in Rome with his armadillo-for-a-conscience reflects on his path in life and a would-be love as he and his friends travel outside the city.”

The show was premiered at the Rome Film Festival last month and has received critical acclaim since it became available for streaming on Netflix.

The six episodes, each lasting about 15 minutes, are studded with flashbacks and anecdotes ranging from the artist’s youth to the present day.

The animated series was written, directed and narrated by Zerocalcare who credited Netflix with giving him “absolute freedom” in the project.

“A few years ago I had the desire to try to tell a story not in comics but in cartoons” – Zerocalacare said at the Rome premiere – “because it is a more direct, more accessible language.”

Fans say the series is “very Roman while also being universal”, examining various Italian stereotypes as well as including social-political context, with Rome city life in the background.

The series sees the lead character confront themes such as meeting his friend Alice for the first time, briefly being the teacher’s pet, the “nightmarish” experience of tutoring kids, the struggle of looking for work, consoling Alice after a breakup, and his struggles with grief.