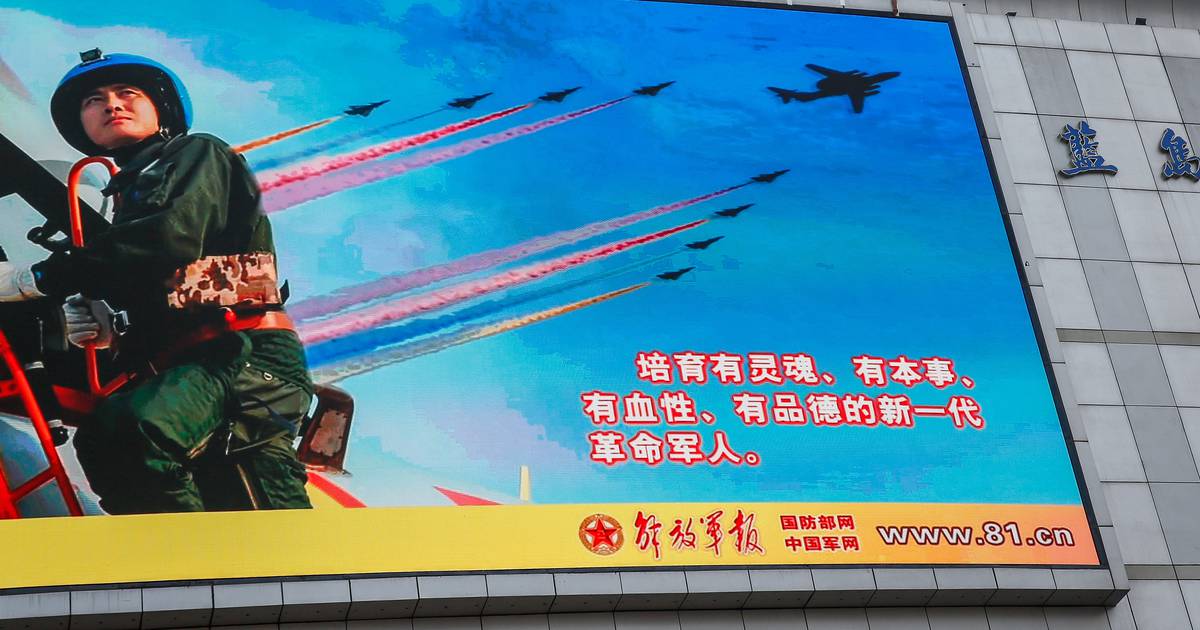 In the era of US-China geopolitical competition, US president Joe Biden has been keen to ensure great power politics do not lead to uncontrollable escalation.

Yet the trip to Taiwan by Nancy Pelosi, the speaker of the House of Representatives, is threatening to break what administration officials call “guardrails”. She will be the highest-ranking member of Congress to visit the island since 1997.

The move has certainly rattled Beijing in a politically sensitive year for the ruling Communist Party, which is to hold its five-yearly congress in the next few months. It also comes as the People’s Liberation Army was celebrating the 95th anniversary of its founding.

The visit of one of Ms Pelosi’s predecessors, Newt Gingrich, a quarter of a century ago also triggered complaints, but that time Beijing eventually swallowed its irritation.

Undoubtedly, China’s military capabilities today far exceed those of 26 years ago — although are still far behind those of the United States.

Beijing today sees the unification with Taiwan as a part of President Xi Jinping’s project national rejuvenation. The Chinese president has on several occasions expressed his preference for peaceful unification but, as has been the case with previous Chinese leaders, he has also vowed not to rule out a military option as a last resort.

Beijing has accused the US of diluting the “one China” policy, under which Washington recognises Beijing as the sole government of China while acknowledging, but not endorsing, its stance that Taiwan is part of China.

Unfortunately, as relations between China and the West deteriorate, talk of a potential move on Taiwan has been on the increase, following Russia’s invasion of Ukraine in February.

In this context, Ms Pelosi’s visit does not stabilise an increasingly fraught US-China relationship, or advance American interests, or increase the security of the people of Taiwan, noted Robert Daly, director of the Kissinger Institute on China and the United States at the Woodrow Wilson Center in Washington.

“But Washington’s thinking on the trip is now driven by a second order concern, namely fear that, following Beijing’s promises to escalate its coercion of Taiwan if Speaker Pelosi lands there, not making the visit would make the US look weak and increase Beijing’s leverage over Taiwan,” Mr Daly said.

In Beijing’s perspective, Ms Pelosi’s visit is a “provocation” that will lead to further distrust of Washington in the long term. In the last few days, Washington has been keen to highlight the differences between the White House and Congress.

But Chinese commentators seemed to conflate the position of the House speaker with that of the White House itself, even though the two have separate constitutional roles.

On Monday, China’s spokesperson warned its military would “not sit idly by” if the visit happened. A few hours later, China’s Maritime Safety Administration announced yet another series of military exercises in the South China Sea from August 2nd to August 6th.

Analysts say that even if Ms Pelosi’s visit does not trigger Beijing’s military response, the trip will play into the hawks’ narrative that the United States and its allies are, in effect, helping the Tsai Ing-wen administration to eventually seek independence. This suspicion will be deepened by Monday’s report that a high-profile delegation of British MPs is also planning on a visit to Taipei later this year.

Bonnie Glaser, director of the Asia programme at the German Marshall Fund in Washington, said the probability of war or a serious incident is low. “But the probability that the PRC will take a series of military, economic, and diplomatic actions to show strength and resolve is not insignificant. Likely it will seek to punish Taiwan in myriad ways,” she wrote on Twitter.

For Beijing, this crisis could also be an opportunity to create a new precedent, said Mr Daly, either for escorting American arrivals in Taiwan with military jets, or through flying closer or more frequently to Taiwan.

“Whatever they do to escalate, will then become a new status quo … that is to make this relationship even more dangerous,” he added: “Beijing and Washington would be better served if they put their energy into strategic stability talks rather than escalation games.” — Guardian