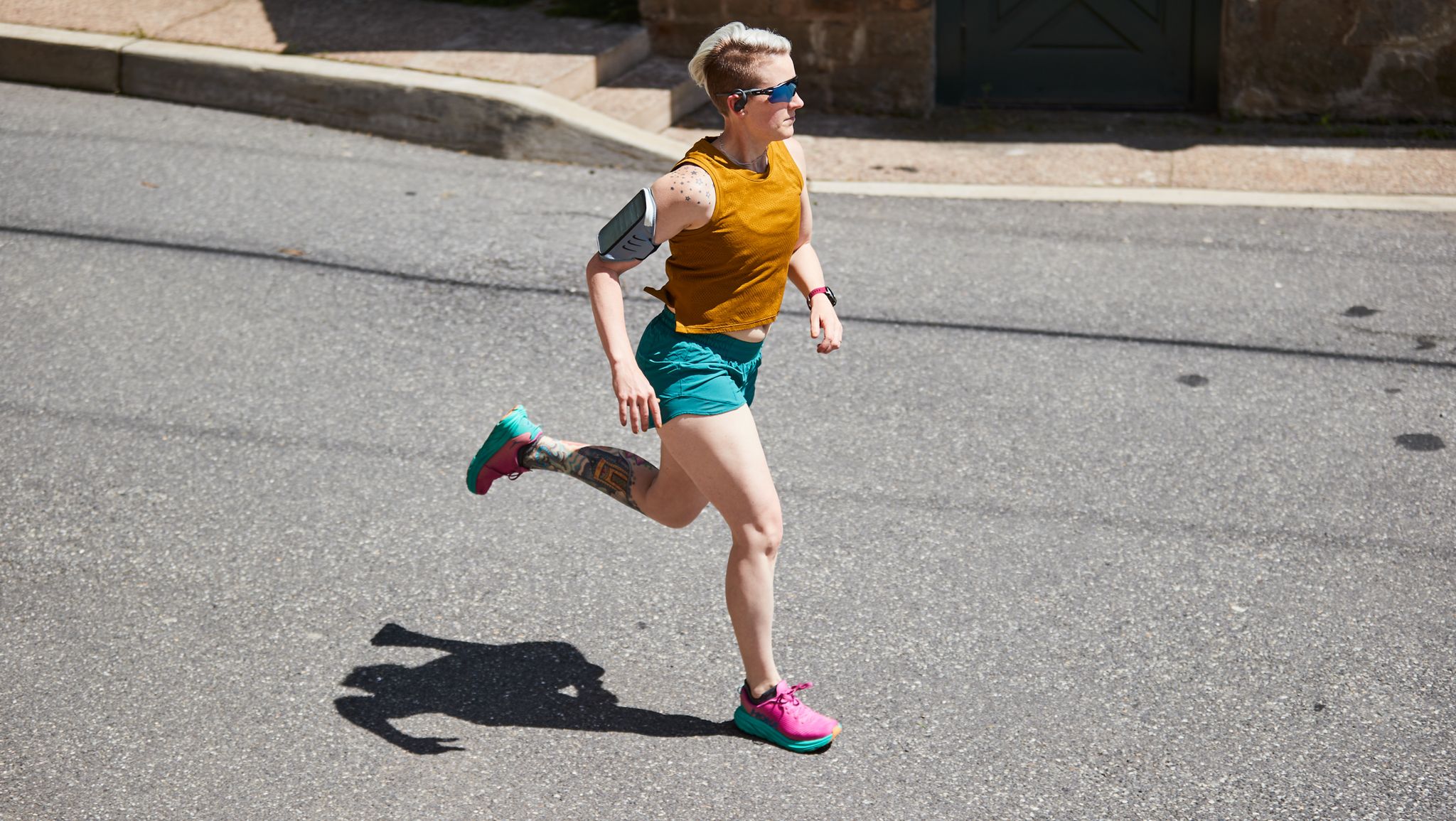 A perfect running playlist delivers you into that elusive flow state, where peak performance feels effortless. But there’s no one-size-fits-all mix that will get everyone there on every run. Just as each workout has its purpose—speed, endurance, recovery—your playlists should be crafted to meet those goals while also responding to what mood and music you find motivating. Here’s how to design your personalised playlists.

Consider Beats per Minute, but Don’t Be Constrained by It
Running to high-BPM music—above 130 beats per minute, according to a 2019 study from the Memorial University of Newfoundland in Canada—has been shown to improve endurance, offer a quicker recovery post-run, and help maintain a steady pace. But that doesn’t mean you have to obsessively track down songs at the exact same speed, says Peloton Tread instructor Marcel Dinkins. “Your playlist would be extremely boring if every song was at the same BPM,” he says. Unless it’s for a very short run or an intense burst, Dinkins advises varying song speed across a playlist. For cruising, try songs at 120–140 BPM, like “I Gotta Feeling,” by the Black Eyed Peas. Speedwork calls for 150–160, like “Hey Ya!” by Outkast. Check your favourite songs’ tempo at SongBPM.com.

Running to high-BPM music has been shown to improve endurance, offer a quicker recovery postrun, and help maintain a steady pace

Dial Into Your Fastest Emotions
Stir up the feelings that give you an edge. Does a little anger make you run faster? Tap into that, says Prof. Stephen Gonzalez, assistant athletics director for leadership and mental performance at Dartmouth College in New Hampshire, and an executive board member for the Association for Applied Sport Psychology. But pay attention to the length of your run and the limits of your endurance before you amp yourself too much: Gonzalez points to pro fighters who come out to hype music, get into the ring, and swing so hard that they’re exhausted by round two. “[Music can] heighten emotions to the point where it impacts [an athlete’s] physical ability,” he says. Build in calmer breaks if you tend to push yourself too hard.

Follow the Lyrics
A 2015 study out of the University of Tehran in Iran found that folks who listened to music with lyrics while running on a treadmill had a lower rate of perceived exhaustion than those without music. Gonzalez likes to take that idea a step further: When he ran track at university, he played Van Halen’s “Right Now” during intervals because the lyrics had a message that matched what he was doing physically. “[The song tells you] right now I’m going to go for this and do this,” he says. There are lots of ways to match a song’s message to your effort, from running relevant lyrics (Jay-Z’s “Run This Town” or Jill Scott’s “Run Run Run”) to tunes that encourage you to persevere (Journey’s “Don’t Stop Believin’,” Bon Jovi’s “Livin’ on a Prayer,” or Queen’s “We Will Rock You”).

Movie and television soundtracks are designed to connect with your emotions and can make you feel like you’re in your own sports montage. One of the greatest examples: Bill Conti’s “Gonna Fly Now,” the theme from Rocky. Just try to listen to it without wanting to sprint up the nearest steps. Lanoa Curry, a group fitness instructor and run coach at Mile High Run Club in New York City, says these songs work by conjuring visuals that instantly boost your vigour. She sources songs from action movies or TV shows like Buffy the Vampire Slayer. “In class I use the Buffy theme for the final sprint,” she says. “I get to be Buffy in my head and run through the opening credits [action sequence].”

Always Make It Fun
While runners are often focused on performance, Gonzalez says pairing music with your run is also about enjoying the miles, especially for easy runs. The right songs can allow you to park your brain and disassociate yourself from the running task at hand. So when you’re curating your list, add the songs that make you get up and dance no matter where you are (like Pharrell Williams’s “Happy,” or “Call Me Maybe,” by Carly Rae Jepsen). You can get a similar effect by zoning out to a podcast, Gonzalez says. But you’ll have better success with lighter, unscripted shows like How Did This Get Made? versus a more demanding listen such as Malcolm Gladwell’s Revisionist History.

Test-Run Your Playlist
There’s no better way to know what works (and what doesn’t) than by road-testing your series of songs. Ask yourself: Are there songs you added that made you want to change your pace? Slowed you down? Sped you up? Were there songs that improved your mood or totally killed your vibe? Make those mental notes and then you can revise the playlist for next time. —Rozalynn S. Frazier